The Commission’s plan is to mobilise €1 trillion in private and public sustainable investment in the coming decade. This would cover under half of funding for the EU Green Deal.

Published on January 22, 2020 by Bellona Europa 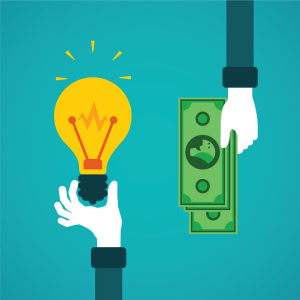 January; a time for New Year resolutions and re-gifting. With the publication of the Sustainable Europe Investment Plan it seems as though the European Commission has joined the fold for both. At the doorstep of the roaring twenties, Von der Leyen’s Commission set the stage with an ambitious plan: The EU Green Deal, targeting a carbon neutral continent by 2050.

Heavily reliant on funding, by the Commission’s own admission, great expectations were directed at the Sustainable Europe Investment Plan (SEIP), released on the 14th of January.  The Commission’s plan is to mobilise €1 trillion in private and public sustainable investment in the coming decade. This would cover under half of needed funding for the EU Green Deal – estimated at €260 billion annually. Private companies and households will “have to provide the bulk of the sustainable investment in the next decade”. A renewed plan for how to facilitate these investments will be published in the fall of 2020.

Nothing new under the sun?

€1 trillion in “fresh funds” is a good start, right? Not so fast. Of the €1 trillion, about 50% will come from the EU budget for 2021 – 2027, conveniently extrapolated from 7 to 10 years to reach the sum of €503 billion and aligning with already existing plans to spend 25% of the budget to reach the vague “climate related ambition”.  This will trigger €114 billion in additional national co-financing from Member States.

The remaining 40% will in part come from InvestEU, leveraging €279 billion of private and public investments over a decade – providing an EU budget guarantee to reduce the risk in financing and investment operations. Taking into consideration the target of InvestEU to mobilise at least €650 billion over 2021 – 2027 in policy areas including sustainable infrastructure, research, innovation and digitalisation, and social investment and skills – this is not only old news but also to be expected.

Additionally, €25 billion will come from the Innovation and Modernisation Funds, funded by revenues from the auctioning of carbon allowances under the Emissions Trading Scheme. Both funds have been in the works for quite some time, set to enable the transition towards a carbon neutral Europe by 2050.

The observant reader may at this time want to point out that the funding outlined so far (about 90% of the total €1 trillion) relies on plans set in motion before the launch of the EU Green Deal, including no actual “new” funding plans. Unfortunately, we expect the remaining 10% will do little to sort out the confusion.

There are, in fact, some good news.  The Commission proposes the establishment of “the just transition mechanism” to mobilise in total €143 billion over 10 years– bringing the total sum presented in the SEIP to just over €1 trillion. The fund will provide support to all Member States “with focus on those that will shoulder the biggest transition challenges”.

The Commission will contribute €7.5 billion of “fresh” funding to a new “Just Transition Fund”. To what extent this will be shifted from already existing allocation proposals or added on top of the EU budget for 2021 – 2027, currently subject of fierce negotiations, remains unclear.  So unclear in fact, that the Parliament budget negotiation team has requested a clarification. To unlock €1 from the fund, Member States will have to match it with €1.5 – €3, from specific funds included under the Cohesion Policy Budget and additional national co-financing. Over 10 years, the fund is estimated to generate financing between €30 – €50 billion.

InvestEU will also do its part, again, contributing with an additional €45 billion in mobilised investments in a “wider range of projects”, from the already expected €650 billion in total mobilised investments. The icing on the cake: projects eligible for support under InvestEU include “projects for energy and transport infrastructure, including gas infrastructure and district heating”. If such investment in gas infrastructure is unabated by carbon capture and storage, this would work directly against the set target of a carbon neutral Europe by 2050.

The European Investment Bank, with a target to become the Union’s “Climate Bank” by 2025 with an increase of 50% of financing going to climate action, will set up a public sector loan facility to support increased public investments in the regions undergoing climate transition. EU support could take the form of an interest rate subsidy or investment grants funded from the EU budget, set to mobilise between €25 – €30 billion over the period 2021 – 2027.

To summarise, in the words of Budget Commissioner Johannes Hahn before somewhat abruptly ending a Press Conference on Tuesday as reported by Politico: “Fresh money is 7.5 billion, full stop”.

By effectively presenting €7.5 billion as €1 trillion, the Commission has not only subjected itself to heavy criticism and shifted the focus away from the great economic potential of the EU Green Deal, it has also failed to provide the excitement and long-term predictability on which the much-needed remaining investment from the private sector and households relies.