Bellona event in Oslo: What is at stake at this year’s UN climate summit?

This Wednesday Bellona arranged a “kickoff” prior to this year’s UN Climate Change Conference in Bonn, COP23. The event was meant to introduce the public, whether they will be attending COP23 or not, to what will be the main focus at this year’s most important climate event.

Published on October 27, 2017 by Bellona Europa

OSLO – This Wednesday Bellona arranged a “kickoff” prior to this year’s UN Climate Change Conference in Bonn, COP23. The event was meant to introduce the public, whether they will be attending COP23 or not, to what will be the main focus at this year’s most important climate event.

This year, COP23 will take place 6 – 17 November in Bonn, Germany, and will be presided over by the Government of Fiji. A special focus will be given to vulnerable developing island states affected by climate change. 2017 saw hurricanes Irma and Harvey ravaging islands in the Caribbean, underlining the urgency for immediate action and maintaining high ambition levels for the reduction of greenhouse gas emissions.

Bellona has been present since the first COP (or Earth Summit as it was called then) in Rio de Janeiro in 1992. In line with traditions, Bellona will have a strong presence at this years’ summit, with totally seven events focusing mainly on carbon capture and storage and clean mobility.

The kickoff in Oslo this week gathered policy makers, industry, research and civil society to highlight the importance of this years’ COP and took a closer look at one of Bellona’s key topics: the transition towards a clean transport sector.

Individual cities picking up the pace

Oslo Governing Mayor Raymond Johansen started off with an engaging speech about the important role that cities have in climate action. Being awarded European Green Capital of 2019, Oslo has a particular responsibility to show strong ambitions and lead forward.

“Everyone must work together and cities and regions are emerging with their own ambitions and making progress,” said Johansen. He highlighted achievements in the city, as well as challenges. Since the “red-green” (left wing) politicians came to power locally in Oslo, the city has made some accomplishments they are proud of: 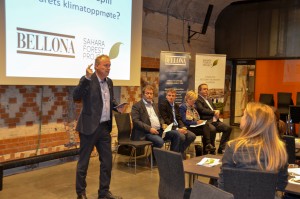 “It is a tough way forward, which doesn’t always guarantee you popularity as a politician, but this is the ambition we need to keep up if we want to reach the climate goals that we have set”, concluded Johansen.

Cannot make it without CCS

Oslo has set its own climate target; to reduce CO2 emissions with 95% by 2030. 15% of the CO2 emissions come from one source, waste management and energy recovery plant at Klemetsrud, which is also one of Norway’s three CCS pilot projects. However, this year the Norwegian government budget for developing a full-scale CO2 capture and storage (CCS) value chain was cut to almost zero in the proposed state budget. There is now a large insecurity among stakeholders, putting the project at risk. Cities must be proactive and progress even when politicians and state fails.

Kristin Halvorsen, head of CICERO climate research center highlighted the importance of keeping the pace after Paris, while also commenting on the responsibility of scientists “Politicians need to follow up locally and do their job, while research has the unique possibility to highlight also unpopular facts,” she said.

Norway’s climate negotiator for COP, Henrik Hallgrim Eriksen, underlined that “The nationally determined contributions (NDCs) reported are not enough. Unfortunately we are lagging behind the goals that were set. Fiji’s presidency creates is a momentum to increase ambition levels, which is instrumental to having any chance of catching up”.

Bellona is an organisation that fights for solutions to the challenges we are facing today. One such solution is Sahara Forest Project (SFP), now an independent organisation. 7 September this year, the project opened its first operational plant, which grows vegetables in the desert in saltwater cooled greenhouses. 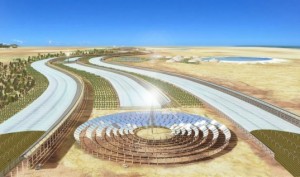 SFP director Joakim Hauge highlighted the importance of integration in this speech. “We must look at climate solutions in combination with sustainable ways to produce food, water and clean energy. We depend on innovation processes that answer to global needs”, he said.

Finally, Bellona president Frederic Hauge ran the audience through the currently pressing ups and downs in fighting for climate. “We were optimistic after the Paris Agreement in 2015 and did not anticipate such a drastic move as US’ withdrawal from the agreement. Now, we are also facing challenges here in Norway,” he said.

“International media has been following Norway closely, when this country, looked up to for its high climate ambitions, is now putting it all at risk, by cutting almost all support to CCS”, stressed Hauge.

“Electrification is another important part of the puzzle, and here too, the government is sending bad signals by sneaking in taxes on e-mobility too early than previously agreed upon. Here too, Norway is looked up to as a leader and this is a scandal” said a clearly disappointed Hauge. Finishing on a more positive note, he highlighted the ambition levels and progress made by industry and private organisations, notably in the maritime sector. “60 electric vessels are being made as we speak, and 20 ports have successfully installed shore side electricity. We must show that it is useful to fight”, concluded Hauge. 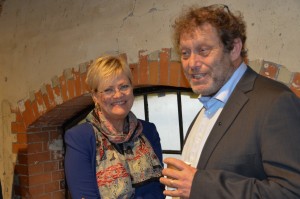 All speakers touched upon Trump, and the loss of US drive force that had such a strong presence in Paris in 2015. While some speakers mentioned we cannot be stopped by Trump, Bellona President Frederic Hauge highlighted a more grim side of the story: Trump’s demolition of environmental research and support for climate action. It puts a stronger pressure than ever that we deliver results and solutions faster. It is time to step up for major CO2 emitters EU, China, India and Brazil, despite US withdrawal.

“The climate movement has done a mistake; saying that climate change is about our children and grandchildren. But it is about us, right here and now”, said Frederic Hauge.

Electrification of the transport sector

Following this, the focus was on electrification of the transport sector, which is important for fulfilling the Paris agreement, reducing emissions and air pollution. The event then proceeded to e-mobility solutions, with MAN, The Fjords, Wärtsilä and Color Line having the chance to showcase their latest progress on climate friendly solutions for heavier transport modes, both trucks and maritime vessels.

“This is a cooperation and interaction between industry, local authorities, politicians, environmental organisations and research. Oslo’s shore power supply could not be made possible without Bellona’s engagement” concluded Helge Otto Mathisen, Director of Communication and Social Affairs in Color Line. “Environmental organisations push industries to invest in better solutions for the climate and environment, while it is the politician’s role to set the demands for zero emission solutions. It should not be more economically beneficial to pollute, but the exact opposite”, he concluded.