The order, however, is bound to face numerous and tedious legal challenges and is unlikely to fulfill its promise of bringing back jobs in America’s long-flagging coal industry.

On its own, the order is not reported by US media to address America’s participation in the Paris Climate Agreement, something Trump said during his brutal campaign he would tear up.

But its message is clear: While it would take years to implement, thanks to broader economic trends tugging the country away from coal before the Obama regulations were introduced, it’s a broad statement that the new administration doesn’t be bothered by concerns like climate change and environmental regulations.

Yet, it might not be that easy to shrug off.

Obama’s Clean Power Plan was America’s first serious foray into internationally binding climate agreements, and was rolled out just before the landmark Paris Climate Summit in 2015, which committed nearly every country to reducing pollution. In the plan, Obama committed America to slashing carbon dioxide emissions from coal burning power plants by 32 percent before 2030. 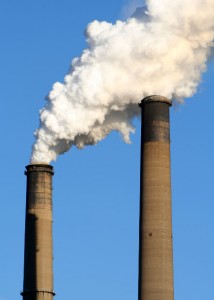 At home, the plan was supported by a conclusion that the Obama-era Environmental Protection Agency had reached. That conclusion said it was both technically feasible and legal to require carbon dioxide cuts.

The Clean Power Plan was immediately challenged in court ­– and that might be exactly what jams up Trump’s designs on scrapping it.

The text of Trump’s order reportedly instructs the EPA, now helmed by Trump’s climate-denying appointee Scott Pruitt, to rewrite Obama’s regulations. But to do that, he will have to wade through a Russian doll of complications.

First, as The Washington Post reports, he will have get permission from the US Court of Appeals for the DC Circuit to revisit the matter of changing the Clean Power Plan. The justices on that court have a history of favoring environmental regulation, so even the first hurdle is high.

Next, they’ll be legally obliged to justify why they think it’s not reasonable or legal to cut carbon dioxide emissions by 2030. For that, Pruitt has to run the gauntlet of the rule-making system to repeal regulations. Then, to put his own counter-regulations into effect, he has to horse them through periods of public notice and comment, something that in the best of weather would take at least a year.

But the forecast is gloomy. There are, as the Natural Resource Defense Council notes, 18 states’ attorneys general and a host of well-heeled environmental organizations waiting to pounce on any new regulations Pruitt comes up with. That would land him right back in the same court where Obama’s regulations are tied up.

If he gets that far, Pruitt faces another more fundamental obstacle: For his regulations to be adopted, he would have to prove that greenhouse gases aren’t dangerous. Doing that means going all the way back to 2007 to challenge a US Supreme Court decision that said it was the EPA’s job to regulate those gases. The law the Supreme Court based its ruling on was the Clean Air Act of 1970, which offers restrictions on pollutants.

In the two years after that decision, the EPA busied itself by getting in tune with the court’s ruling. The agency looked into the potential for more tumultuous weather, death rates tied to rising temperatures, lethal exposure to pathogens, rising seas, melting ice, read thousands of pages from the UN’s International Panel on Climate Change, and came to this conclusion: Reason to believe that greenhouse gases were hazardous, and that things were only getting worse was “compelling.” 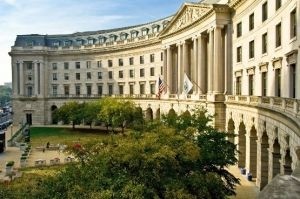 In 2009, the EPA issued an “endangerment finding” saying that greenhouse gases were, in fact, dangerous and subject to regulation. A group of industry lobbyists challenged that endangerment finding and the whole thing wound up in the same court where Obama’s Clean Power Plan is currently snagged. In this case, though, the lobbyists lost: The court ruled that the EPA’s interpretation of its authority to regulate pollution was “unambiguously correct.”

So, to trash the Obama regulations, Pruitt would eventually have to present evidence emerging since 2009 suggesting greenhouse gases aren’t dangerous. Good luck. Everything amassed since then shows exactly the opposite. The world has experienced some of the worst storms and most parching droughts, endured the hottest year on record, and seen huge populations go on the move in search of arable land all in the last seven years.

If Pruitt’s prospective regulations end up in the US Court of Appeals for the DC Circuit, which is likely to rule against dumping regulations on carbon dioxide, he could still challenge it in the Supreme Court. But here the stakes get even higher: To mount that attack, he’d have to prove to the justices that the Clean Air Act – embraced with bipartisan affection for 46 years ­– doesn’t allow the government to regulate pollutants.

That Pruitt, who made his pre-Washington career suing the EPA, was chosen to rot it from the inside is obvious. But he’ll likely have a harder time corroding decades of legal decisions.

But that may not be the ultimate point. With his executive order, Trump is showing the rest of the world he doesn’t think taking action to prevent climate change is important. That might inspire any of the 194 countries that signed the Paris Climate Agreement to hedge on their own greenhouse gas cutting commitments. And that might be just as damaging than Trump’s campaign promise to withdraw America from the accord.