What to expect from the Slovak EU Presidency?

BRUSSELS – On 1 July 2016 Slovakia took over the six-month rotating presidency of the Council of the European Union for the first time since its accession into the EU in 2004. Despite having to deal with the biggest migration crisis facing the continent since World War II and the recent fallout precipitated by the Brexit vote, climate and energy policy will feature high on the Slovak Presidency’s agenda. 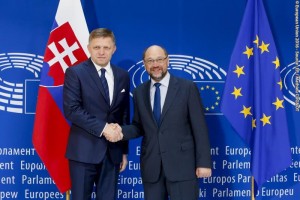 In practical terms, Slovakia’s recent acquisition of the EU Presidency will entail assuming responsibility for the running of the day-to-day affairs of the Council which represents the Union’s 28 Member States. This would in turn entail acting as a constructive broker and taking lead in the shaping of European legislation from working-party to ministerial level.

The Slovak Presidency’s work in the field of climate and energy will be an interesting stance since the country has traditionally been rather skeptical of ambitious climate policies. As a member of the Visegrad Group, Slovakia has often pushed for the prioritisation of energy security policies and called for a climate policy that takes into account the possibly negative impact on competitiveness.

Unsurprisingly, the Slovak Presidency intends to place a particular emphasis on the energy security pillar while advancing work under the Energy Union. The Presidency will support efforts to improve the security of gas supply by tapping the potential of cross-border and regional cooperation and applying the principle of solidarity.

In the area of climate change, the Presidency plans to focus on implementing the conclusions of the October 2014 European Council, where leaders took the political decision to reduce greenhouse gas emissions by 40 % by 2030 compared to 1990 levels.

Continuing negotiations on the reform of the EU Emission Trading System (ETS) will inevitably also feature among the Presidency’s climate policy tasks. The EU ETS has been marked by complex negotiations and lack of consensus on the controversial ideas to reconfigure the carbon leakage regime, which the Brexit vote will surely not make any easier. In fact, Brexit has already had a detrimental impact on the ETS allowance price which dropped following the referendum results.

The Slovak Presidency will play an important role in laying the groundwork for the ratification of the Paris Agreement. Here once again, Brexit has put doubts as to whether a UK withdrawal would necessitate the EU to recalibrate its COP21 submission.

The Slovak Presidency will also be instrumental in facilitating a common EU position in the upcoming COP22 in Morocco which will be taking place in November-December this year. COP22 is expected to flesh out the practicalities of the Paris Agreement.

Similarly, the Slovak Presidency will be in charge of facilitating a common EU position in the lead up to the 39th General Assembly of the International Civil Aviation Organization (ICAO) and in particular, in support of the negotiations relating to the establishment of a global market-based mechanism for emissions trading in aviation.

What is more, as part of the global strategy for maritime transport, the Slovak Presidency intends to adopt a Council decision concerning the proceedings of the International Maritime Organisation’s committees on improving safety and reducing emissions from maritime transport.

In light of expected submission of proposals to revise the Directives on energy efficiency and on energy performance in buildings by the European Commission, the Slovak Presidency plans to organise a ministerial policy debate.

The Slovak Presidency’s full work programme can be viewed here.