What does the Paris Agreement mean for the EU?

The EU’s climate and energy targets are based on an objective to limit temperature rise to 2°C rather than the newly agreed pursuit of 1.5°C. The Paris Agreement therefore raises major questions for the level of the EU’s proposed 2030 targets, in particular the 40% emission reduction target.

Published on February 29, 2016 by Bellona Europa 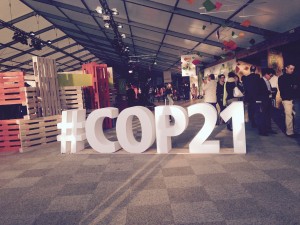 At the COP21 the Intergovernmental Panel on Climate Change (IPCC) was invited to prepare a special report by 2018 on the impacts of the 1.5°C target. In a meeting with the IPCC the European Commission and scientists working on EU-funded climate research agreed to a re-orientation of on-going EU-funded projects to provide scientific results for 1.5°C impacts and pathways.

“It’s good to see a debate on implications of the 1.5 °C target emerging, but we have yet to see meaningful political decision that can keep Europe in the vanguard. If Europe does not adjust its targets upwards now, we are going to make it more difficult to respond in the future,” Helseth commented.

The EU’s targets are due to be delivered by reform of the EU’s Emission Trading System and Effort Sharing Decision. Both of these, and more policies, are currently in a reform process in what the EU has dubbed the ‘year of delivery’ for climate and energy policy.

When asked by the press following Paris how this higher ambition will be reflected in policy, Climate and Energy Commissioner Miguel Arias Cañete passed the buck to the next Commission, saying it would be their responsibility to deal with any increased ambition, but acknowledging that “with additional commitments we need additional legislation.”

A joint paper prepared by the Commission Services/European External Action Service on ‘European climate diplomacy after COP21: Elements for continued climate diplomacy in 2016’ served as a basis for the discussion of the implications of COP21 at last week’s meeting of the Foreign Affairs Council. The conclusions of this Council meeting underscore the diplomatic leadership which the EU is to continue to take globally to ensure global delivery of the Agreement’s goal. It will be up to the March Council meeting of the EU’s leaders to determine what the EU’s contributions should be.