Published on February 10, 2016 by Charles Digges

The decision could also impair American strides toward developing and deploying carbon capture and storage technology, which could have further ripple effects abroad where the technology’s foothold is precarious. And, explosive new job growth in the solar sector – which now employs twice as many people as the coal industry – could come under the gun

Yet the freeze on introducing the plan is poised to make  presidential candidates’ stands on climate change a central issue for the first time in American politics.

The Supreme Court granted a stay request from 29 mostly Republican-led states, plus utilities and coal companies, which said the Environmental Protection Agency (EPA) was overreaching its powers.

The court’s decision does not address the merits of the challenge, but indicates justices think the states have raised serious questions – casting a pall over Obama’s single biggest stride toward forging his environmental legacy. 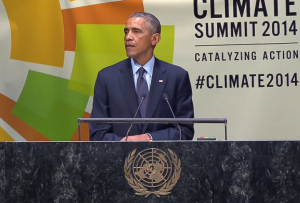 Announced in August, Obama’s Clean Power Plan –requiring US states to submit plans for shifting away from fossil-fuel power plants in favor of alternative forms of energy to reduce emissions – was a key to establishing US credibility at the UN Paris Climate Summit in December.

By pledging to reduce US carbon emissions by a third under 2005 levels by 2030, the plan is America’s main tool to meet emissions reductions pledges made in Paris.

But the plan was also a ripe target for lawsuits against the EPA, as states challenged the time frame in which they would need to present their alternative energy plans.

Now, fears are high that the Court’s decision could force the US to default on its international climate commitments.

Sirin Engen, an adviser on carbon capture and storage with Bellona said the Supreme Court stay on implementing the plan winds back the clock on US efforts to deal with climate change.

“We don’t have time for partisan conflicts when it comes to fighting climate change, and the Paris Agreement from December 2015 confirms that the entire world understands this and understand its consequences,” she said. “[The court’s decision] adds to a really sad track record for the US when it comes to CO2 emissions reductions.”

Nancy Pelosi, Democratic Minority leader in the House of Representatives and a supporter of the Clean Power Plan agreed.

“More than 195 nations have pledged historic action in the Paris Climate Accord and communities across America are leading on clean energy,” she said in a statement.

“The Supreme Court’s deeply misguided decision to stay the implementation of the Clean Power Plan will enable those states that deny climate science to slow progress in reducing the carbon pollution that threatens the health of all Americans,” she said.

Dangers to America’s lead in CCS

Bellona’s Engen further said the Supreme Court stay could jam up US efforts in the direction of Carbon Capture and Storage (CCS), specifically projects in Texas and Mississippi. 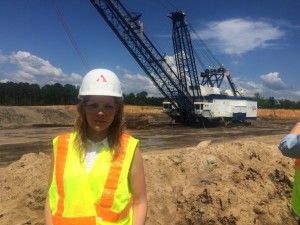 “The US is, quite surprisingly, is taking a lead in developing the most important technology in fighting global climate change, and this is all thanks to the Clean Power Plan,” she said. “American industry is dependent on CCS if the US is to meet its commitments under the Paris Agreement.”

The Supreme Court’s order said the administration can petition it to hear the case in full, but that the stay would meanwhile remain in effect. If the court accepts the case, it wouldn’t hand down a ruling on the Clean Power Plan until 2017.

The decision also jeopardizes the plan itself: The stay on implementing plan means questions about its legality will linger until after Obama has left office, opening the door for a new president to make significant changes.

A review of the suits will be heard before the District of Columbia Circuit Court of Appeals, but not until June 2.

The Obama administration complained to the Supreme Court that the stay request was unprecedented, and that it was routine for federal programs to proceed while courts considered challenges.

With presidential election primary season in full swing, however, climate policy, or lack thereof, could make or break pretenders to Obama’s office. This month’s two primaries revealed parties divided.  Ted Cruz, who is competing for the Republican nomination, was a clear winner over blustering real estate mogul Donald Trump in Iowa last week.

Both candidates for the Democratic nomination, Hillary Clinton and Bernie Sanders, finished Iowa within 0.3 percentage point of each other, with Clinton in the photo-finish lead. The New Hampshire primary saw Trump surge over Cruz with 35 percent of the vote, and Sanders pulled far ahead of Clinton with 6o percent.

But Sanders and Clinton are united on one thing: The US needs to take more ambitious climate action, and both support major plans for solar and other renewables.  Trump, meanwhile,  theorizes that climate change is a hoax concocted by the Chinese to sabotage US industry, while Cruz said it was cooked up by the American left.

The Republican front-runners’ attitudes to climate change cold hurt them in the general election, a December University of Michigan poll suggested. Seven in 10 Americans at this point believe climate change is a real issue and must be addressed, Barry Rabe, a public policy professor at the University told the Financial Times on December 30.

“We remain confident that we will prevail on the merits,” the statement read.

“Even while the litigation proceeds, EPA has indicated it will work with states that choose to continue plan development and will prepare the tools those states will need. At the same time, the Administration will continue to take aggressive steps to make forward progress to reduce carbon emissions,” wrote Earnest. 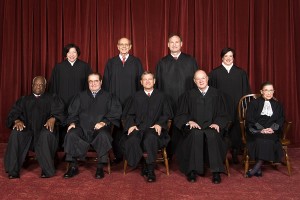 According to usual practices for stay requests, the court gave no explanation for its action. The court’s four liberal justices, who voted against the stay, where Ruth Bader Ginsburg, Stephen Breyer, Sonia Sotomayor and Elena Kagan — but offered no statements on their dissent.

What are states challenging?

The Clean Power Plan would force states to reduce their carbon emissions by 32 percent by 2030. It’s been widely described as the most ambitious plan ever by the US government to reduce the impact of climate change by addressing electricity consumption, the number one cause of carbon emissions.

The regulation calls for states to submit compliance plans by September, though they may seek extensions until 2018. The first deadline for power plants to reduce their emissions is in 2022, with full compliance not required until 2030.

Their initial request for a stay on the plan’s implementation was unanimously denied by the United States Court of Appeals for the District of Columbia Circuit in January.

The Supreme Court’s willingness to intervene in the case is an ominous sign for supporters of the plan as it suggests there are significant doubts about its legality among the conservative majority of the justices.