A new report by the Climate Council, entitled “Powerful Potential: Battery Storage for Renewable Energy and Electric Cars”, finds that Australia will become one of the world’s largest markets for solar energy storage. This will be made possible due to a combination of the country’s characteristics, namely high cost of electricity, numerous households equipped with solar panels and high exposure to solar radiation. Further, the report predicts that this significant growth in energy storage technologies would in turn lead to an increased uptake of renewable energy and electric vehicles (EVs) in Australia.

Published on October 26, 2015 by Bellona Europa 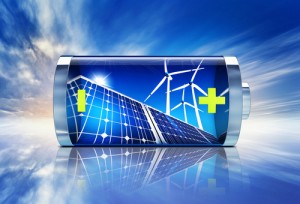 “It is encouraging to see yet another report echoing Bellona’s words. Energy storage holds significant potential for us, not only in terms of optimising renewables, but also reducing our need to use fossil power. The ability to boost self-generated solar PV and go off-grid will mean consumers become less dependent on fossil power, which in turn erodes the case for subsidies in the form of capacity payments currently keeping a highly polluting and underutilised industry alive” comments Keith Whiriskey, Climate Technologies Manager at Bellona Europa.

To learn more about Bellona’s views on energy storage, read our brief on ‘The disruptive world of large scale energy storage’ here.

Car manufacturers, such as Nissan and Tesla, are already delivering batteries for use as back-up power supply in hospitals and at the household level. Substantial drops in the costs of lithium ion batteries are expected over the coming years as companies rapidly scale up production. Battery costs have already been reduced by 14% on average each year between 2007 and 2014, and another recent study predicts that a 40-60% fall in battery prices is to be expected by 2020.

The combination of falling battery prices together with rising electricity prices could render going ‘off-grid’ (i.e. using solar panels together with household battery storage) the more economical option by 2018. The large-scale deployment of household energy storage would allow households to double their self-generated consumption of solar PV. In fact, the report finds that the addition of a 4 kWh battery to a 5 kWh solar system can increase the amount of self-generated solar electricity a household consumes from 30% to 60%.

Home batteries will enable consumers to store electricity from the grid when prices are lowest (i.e. off-peak periods) and then rely on their battery for power supply during the most expensive ‘peak’ times, thereby minimsing their overall electricity costs. By offering a more cost-effective means of meeting peak demand, battery energy storage eliminates the need for expensive, underutilised and highly polluting fossil plants.

Bellona’s position on capacity payments has been firm from the start: they are a poor treatment for the current failings of the electricity market and put both Europe’s climate and single market objectives at risk.

What is more, the continuously falling battery costs are expected to make EVs cost-competitive with internal combustion engine (ICE) cars within the next 20 years, thus rapidly accelerating their deployment. The recent revelations concerning emission test manipulations across the automobile industry serve to both highlight the limitations of engine efficiency improvements and the need to electrify the transport sector.

Despite these promising findings on Australia’s energy storage potential as well as its significant bioenergy potential, the country’s level of climate ambition, as demonstrated in its submitted climate pledge towards COP 21, remains insufficient. The country’s decarbonisation potential, coupled with its level of economic development and particular vulnerability to the consequences of climate change make its lack of ambition completely unacceptable.