Repeated calls for the inclusion of CCS in EU 2030 Framework

On 15 October 2014 Shell hosted an MEP briefing on the Role of CO2 Capture and Storage (CCS) to 2030. Key figures in the panel of the event included the UK Secretary of State for Energy and Climate Change Rt. Hon Edward Davey, Director General of DG Energy Dominique Ristori, Shell Executive Vice President Michiel Kool and Bellona Europa Director Jonas Helseth. In the audience, among a number of MEPs and other distinguished guests, was also Commissioner-Designate for Climate and Energy Miguel-Arias Cañete. Discussions revolved around the critical role of CCS in delivering energy security and attaining CO2 targets cost-effectively, as well as in facilitating a global climate change agreement at COP-21 in Paris next year. There was broad consensus among the participants on the need to support CCS technology within the EU 2030 Climate and Energy Framework.

Published on October 17, 2014 by Bellona Europa 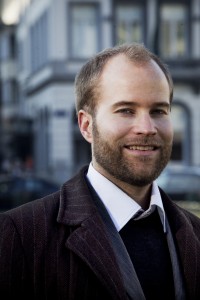 The Shell-hosted event is one of a series of positive engagements on CCS since the new European Parliament was established earlier this year. With new Members of Parliament (MEPs) in place and a new College of Commissioners slowly but surely taking form (read about new Commission here), Europe is poised to take a fresh breath and renew its outlook on CCS.

The discussions at yesterday’s briefing reiterated many of Bellona’s key messages on CCS. There was broad agreement among the speakers in the room that the EU’s high dependency on fossil fuels should not be allowed to undermine its climate ambition. Ed Davey noted that CCS deployment on a large-scale is only a matter of time and that further postponement of action runs counter to our interests in terms of cost-reduction. He called for the inclusion of a reference to CCS in the Council conclusions on the 2030 Climate and Energy Framework and argued that no one should be opposing it.

“We have the technology. We have the evidence. Now we need the framework.”

This was the unambiguous statement of Jonas Helseth, Director at Bellona Europa, who also participated in the panel discussions. He underlined the importance of bringing CCS back on the political agenda in light of the newly elected European Parliament and European Commission, and the upcoming Council conclusions on the 2030 Framework. He further maintained that this would necessitate the involvement of stakeholders from the energy-intensive industries and civil society.

Bellona has led the work on the ZEP report entitled CO­2 Capture and Storage (CCS) in energy-intensity industries – An indispensable route to an EU low-carbon economy, whose key conclusion is that the only available technology for providing the required large-scale emission reductions in EU energy-intensive industries – such as steel, cement, refineries, and chemicals – is CCS.  In this regard, Helseth called on Director General of DG Energy Dominique Ristori to facilitate the involvement of DG Enterprise in the CCS debate. Jerzy Buzek, who was most supportive in Bellona’s work on the development of a CCS Roadmap for Poland and placing the CCS technology on the political agenda in Poland back in 2010, also reaffirmed his commitment to driving CCS forward in his new position as Chair of the Parliament’s Committee on Industry, Research and Energy.

Widening recognition of need for CCS

Other MEPs recognized the role CCS must play in solving climate change last month when the Zero Emissions Platform, the EU’s advisory body on CCS of which Bellona is Vice-Chair, organised a Parliament briefing on the topic. The briefing was hosted by MEPs from the two largest political groups, Jude Kirton-Darling from the Socialist & Democrats and Krisjanis Karins from the European People’s Party, demonstrating the wide political buy-in CCS has in Europe.

Apart from the role CCS can play in securing Europe’s energy supply (by allowing the use of intensely climate damaging coal), the wide recognition of its importance can also be attributed to its role in tackling inherent emissions from industrial processes. This was the topic of Bellona’s intervention at the September briefing (read more here) and will also be the topic of another ZEP event to be hosted in early November (further information to follow).

To read more about Bellona’s work on highlighting the key role of CCS in boosting energy security while safeguarding the climate, something that has been recognised in the European Commission’s Communication on a European Energy Security Strategy, see here.