Environmentalists and reporters in Sochi targeted by Kremlin’s Olympic fever

A clampdown is hovering over Sochi, Russia, the site of the 2014 winter Olympic games, which are touted by the administration of Vladimir Putin as a showcase of the new Russia, but are seen on the ground as a heel grinding into the environmental civil liberties of the region’s residents.

Published on November 22, 2013 by Charles Digges 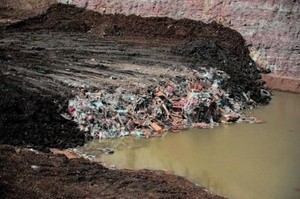 The brunt of authoritarian bullying is being meted out on environmental activists, many of who have been forced to flee the country, and reporters, especially those working for smaller Russian publications not associated with the country’s sprawling state media.

Two Russian journalists this week visited Oslo and spoke of this dark underbelly to the preparations surrounding the Games, set to begin in the Black Sea resort town on February 7th.

Traditionally a vacation spot for Russian’s seeking fresh mountain air, beaches and forests, mammoth construction efforts have transformed much of the once pristine region into an ecological war zone and a security protectorate – and Russian officialdom is doing its solid best to make sure no one hears about it.

“[The Olympics] are an important holiday, but not for Russians,” said Olga Beskova, editor of the Sochinskyie Novosti, or Sochi News, who, unlike many of her counterparts in Russia’s fourth estate, has vowed not to downplay the routine harassment of those who would bring to light the iron-fisted approach of the government to gagging bad news from Sochi.

Indeed, when speaking on Thursday, eight of her paper’s 10 front-page articles dealt with unpleasant consequences of Olympic preparation.

Both Beskova and Irina Gordienko, a reporter with Russia’s famously and fiercely independent Novaya Gazeta, said in an informal meeting at the Norwegian Helsinki Committee before speaking with Norwegian parliamentarians, that swathes of irretrievable, protected forest land have been lost to Olympic venues: A rail connection, overflowing trash dumps, landslides occasioned by construction, deforestation for ski slopes, and crushed-stone quarries have sprouted up in reserve areas of Sochi National Park and even in Sochi itself. 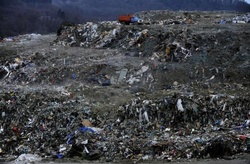 And the slash and burn policies continue: According to activists from the Environmental Watch of the North Caucasus (EWNC), territories of the Western Caucasus UNESCO World Heritage site continue to be rolled back to make way for Olympic construction.

Beskova’s Sochinskiye Novosti on Friday reported about ongoing battles to protect nature reserves from being stripped of their status to make way for luxury Black Sea mansions for Moscow’s nouveau riche – including one for President Vladimir Putin himself – all of whom wish to buy themselves a front row seat to Russia’s first Olympics since the widely-boycotted 1980 Games.

“With the loss of these national parks, we have lost a huge part of our ecosystem in the area,” said Gordienko. Deforestation for railway construction and toxic waste dumping have all but led to the death of the Mzymta River valley.

“Officials have said the river will return to normal within 10 years, but that is clearly not the case,” she said.

Even though leading partners in the Olympic construction have committed to a United Nations Environmental Program (UNEP) restoration project for the Mzymta River basin, Gordienko is not convinced these Russian structures will follow through.

“The river is dead,” she said.

Where is the International Olympic Committee?

The International Olympic Committee (IOC) charter commits countries hosting the Games to a so-called “zero-waste” policy, meant to ensure that environmentally friendly waste disposal practices and natural preservation are observed. The charter also stipulates free access for the press before, during and after the games.

When asked if the Russian Olympic movement was living up to these conditions, Beskova and Gordienko laughed wryly. The answer is no.

One more recent example of Russia’s own promise to create the “cleanest games ever” has been a giant toxic dump, called the Akhshtyr landfill, in the middle of a water protection zone where dumping industrial waste is banned.

According to the Associated Press, the Environmental Protection Agency in the area where Sochi is located told the city’s environment council last summer that it had inspected the landfill and found “unauthorized dumping of construction waste as well as soil from excavation works.”

To date, nothing has been done about it, and further investigations revealed that of the towering $51 billion budget for the games, none of that is devoted to dealing with construction waste, said AP.

According to Beskova and Gordienko, the IOC’s attitude is completely hands off.

IOC steers clear of the mess

An IOC statement regarding the violations of the zero waste policy read “Sochi 2014 has given us every assurance of their commitment to games-time waste management.” It added that it receives “updates on Sochi’s work on its landfill remediation” during inspections, but that Olympstroi, the state-owned corporation that oversees all Olympic construction in Sochi, should be responsible for handling the waste situation in the pre-games period.

Gordienko said her newspaper was told that the IOC is “totally satisfied” with how Russia is fulfilling its pledge to the Olympic charter.

Beskova and Gordienko say such vanilla replies are not for lack of trying by local environmentalists and reporters to demand some accountability.

“People write about it, but the Olympics is such a huge international project that what happens on a local level doesn’t seem to make a difference,” said Beskova.

“Those who live in Sochi perhaps think it is useless to complain,” added Gordienko.

According to both women, however, it is environmental activists who take most of the weight on their shoulders in efforts to publicize how Russia has run afoul of its Olympic promises.

“Environmental activists represent the best part of local society,” said Gordienko. “They are the ones going to court and taking the unpleasantness of the authorities.”

EWNC, the most active environmental group in publicizing the environmental devastation associated with the Russian Olympic drive, has been a constant target of the Kremlin.

Its leadership has endured a string of arrests and the organization has been slammed with a warning by the Russian government to register as a “foreign agent” under the new NGO statutes that came into effect last year.

Meanwhile it’s staffers continue to be jailed during routine traffic stops and run out of the country by phony charges of serious felonies. Surgan Gazaryan, a zoologist with the organization, was granted asylum in Estonia after being falsely accused of attempted murder.

Human Rights Watch in Moscow explained that Gazaryan had been knocked to the ground and brutally beaten by security agents guarding a private dock in publically protected lands on the Black Sea. Gazaryan was able to reach for a stone to defend himself long enough to escape his assailants. He was later charged with the grave crime.

On November 9, Dmitry Shevchenko, also of EWNC, was detained for several hours at the Krasnodar airport, near Sochi, when he was retuning home while airport officials “established his identity.” He filmed the detention and posted it to YouTube (in Russian.)

And late last month, Oystein Bogen and Aage Aunes, two journalists from Norway’s TV2 network, Norway’s officially-accredited network to cover the Olympics, were several times detained, harassed and threatened with jail by Russian police during a visit to the Sochi area.

The details of Bogen and Aunes’ experience were widely publicized aboard and elicited an official apology to TV2 from the Kremlin.

But Beskova and Gordienko pointed out Thursday that Russian journalists, who continue to endure far worse harassment, would never be accorded such comparatively light treatment.

Inna Sangazhieva, Russia projects coordinator for the Norwegian Helsinki Committee, agreed, saying the veneer of being a foreign journalist in such circumstances offers a modicum of protection that Russia journalists and activists will not have.

Instead, they will endure actual arrests, beatings, false criminal charges, kangaroo courts and perhaps disappearances because of their views and efforts to illuminate the truth.

Meanwhile, Sochi continues to fall with each day the Olympics draw near further under a heavier cloud of security. Beskova noted that she now has to pass through numerous police checkpoints just to get to work.

The Kremlin excuses the security measures by citing Sochi’s proximity to the restive North Caucasus regions and republics, among them Chechnya, and the possibility of terrorist attacks.

Beskova and Gordienko noted that the region was at higher risk for terrorism, but probably not within Sochi itself, where Beskova described the heavy police presence as “a bit too much.”

But Gordienko also asked rhetorically “what does the government expect?”

Both journalists concluded that the $51 billion the Russian government is spending on the Olympics will have little impact on security and will do nothing to protect the environment or even make lives better for ordinary Sochi citizens. Even prices for various Olympic events, which, according to Beskova, start at about €800, are prohibitively expensive for ordinary Sochi residents.

“This $51 billion is not about Russia,” said Gordienko. “It is about putting on an international show.”

What will happen to Sochi when the athletes and international press coverage recede is anyone’s guess.