With nearly a snail’s pace of progress made last week at the UN climate talks in Doha, Qatar as negotiators clash over proposed extensions to the Kyoto protocol, observers hope for a step up in tempo this week as high level negotiations begin.

Published on December 3, 2012 by Charles Digges 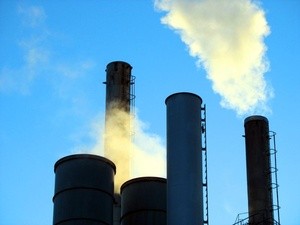 Meanwhile, a report published in the journal Nature Climate Change has said it is increasingly unlikely that global warming will be kept below UN set increase of 2C above pre-industrial levels.

Data from the report show that global CO2 emissions in 2012 hit 35.6 billion tons – a 2.6 percent increase from 2011 and 58 percent  above 1990 levels, the BBC reported. The report shakes some foundations underlying the UN climate negotiation procedure, and led many to concede that an international binding treaty is quickly becoming a mirage in the Qatari desert.

“I think the idea of a global agreement is good, but I think most people today see that as unrealistic,” said Bellona President Frederic Hauge, who is in Doha for the talks.

Corinne Le Quere, director of the Tyndall Centre for Climate Change Research at the University of East Anglia in the UK was nonplussed by the results published in Nature Climate Change.

“These latest figures come amidst climate talks in Doha, but with emissions continuing to grow, it’s as if no-one is listening to the scientific community,” she said.

“I am worried that the risks of dangerous climate change are too high on our current emissions trajectory,” Professor Le Quere said. “We need a radical plan.”

Recently, the World Meteorological Organization (WMO) reported that greenhouse gases in the atmosphere hit a new record high in 2011. In its annual Greenhouse Gas Bulletin, the organization said that carbon dioxide levels reached 391 parts per million in 2011.

In the face of the new report, the achievements of Kyoto are nearly moot.

Yet negotiating trope still echoed from the conference in Doha, however, is the future of the Kyoto Protocol, and whether nations will sign on its extension after it expires in January 2013.

In Durban South Africa’s talks last year, it was decided the annual United Nations Framework Convention on Climate Change (UNFCC) would begin to hammer out a globally binding emissions cuts treaty beginning in 2015 and complete it by 2020.

This, many argued, would mean a complete absence an internationally binding emissions cutting treaty – the only one in place – for some seven years, leaving nations to make their own voluntary cuts.  Many nations though, have spoken out against extending Kyoto at the Doha, talks, others have signaled a readiness to sign one of a number of different proposal put forth.

Many developed countries are still reluctant to make further emission cuts pledge as urged by developing countries. The European Union (EU) has pledged to reduce its emissions by at least 20 percent by 2020, but set conditions for a further 30 percent cut.

The United States, despite President Barack Obama’s pledge to lead in climate in his second term, is blocking progress towards a longer-term global deal; while Canada, Japan, New Zealand, among others, are still keeping away from the second commitment period of the Kyoto Protocol.

Parties also are parting ways on the length of a second Kyoto period.

The EU and the BASIC countries, comprised of China, India, Brazil and South Africa, propose an eight extension, as that could more easily be linked with the existing 2020. Some small, developing island states, however, urge a five-year period so as to pressure developed countries to take more rapid actions.

“As the second [Kyoto] period is to launch on January 1, 2013, we must reach some consensus on the issue as soon as possible,” said Su Wei, China’s chief climate negotiator, according to the China Daily.

The first Kyoto period, however, took eight years to negotiate, and with fundamental industrial shifts since it was ratified in 1997. China and India were originally excused from the agreement as “developing nations,” only to become two of the worlds biggest emitters by 2012. The United States, the only developed nation that refused to sign on, still refuses to do so unless China and India pull their weight.

The US made efforts during Obama’s first term to hammer down climate gas emissions reductions to which it could commit itself. The bill that would have accomplished that was passed to Congress in 2009, watered down by legislators and passed to the Senate nearly still-born, and where it has remained on ice since last year.

Obama meanwhile pledged a 17 percent cut in green house gas emissions by 2020 under 2005 levels, which expert say is simply not enough. With his hands tied by Congress, Obama has continued to work with the US Environmental Protection Agency, pushing through some of the most significant vehicle emissions standards in decade.

But American negotiators continue to make few concessions in Doha.

Another pressing issue surrounding Kyoto extensions, which continues unresolved, is whether the surplus emissions allowances, or “hot air” as it is nicknamed, from the first commitment period should be retired.

The G77 and China opposed trading carried-over hot air in the second commitment period. Europe is deeply split on the issue, while some other countries, including Russia, propose to profit from their surplus carbon dioxide allowances.

At the same time, the financial aid promised by developed countries to help the world’s most vulnerable countries cope with climate change has not been fully delivered.

Environmental groups at the talks have said that developing nations must make a sustained development to help their transitions to low carbon economies as well as adapt to the already tangible effects of climate change. Costs will only rise so long at these investments are delayed, and many environmental groups urge that Doha should conclude with a rock solid agreement among wealthier nations to deliver $60 billion over the next three years.

Measuring, reporting and verifying (MRV) both emissions and funding contributions for developed and developing countries remain a contentious issue as well, with technical negotiations ongoing.

Heavy pressure will be on negotiators in the coming week, and meetings will – as they tend to do at the annual climate talks – stretch into the early morning hours, with no real assurance of a break through, or yet another conference that kicks the can down the road.