DOHA, Qatar – The Bellona Foundation began its quest for mitigation options at UN climate negotiations by presenting 101-Solutions magazine during what most people regarded to be a massive failure of international climate diplomacy at COP15 in Copenhagen in 2009. 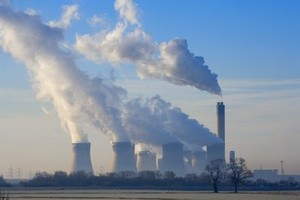 Our perspective at the time was simply that the world had changed and the sharp divide between the developed countries and industrial countries were out-dated. We called Saudi Arabia’s bluff when it tried to pass itself off as a developing country.

We have also been a warm supporter of finding solutions that enable steep reductions and allow the few countries responsible for 80 percent of the world’s emissions of greenhouse gases to move ahead while still chasing the rather illusive concept of a legally binding global agreement. This has made Bellona unpopular with the vast majority of NGOs, which focus exclusively on a global legally binding treaty.

We added insult to injury when we decided in 1994 to support Carbon Capture and Storage, and we still regard CCS as an inevitable bridging technology toward a low-carbon future. Indeed, in many processing industries, it is clear that CCS will remain necessary even after the power sector has crossed the bridge to renewables. Moreover, the combination of CCS and biomass, which has the potential to remove CO2 from the atmosphere on a large scale over time, is likely to be required as a payback for the failure to act that we now face.

The Bellona Foundation had already been hard at work to highlight mitigation alternatives that would actually deliver reductions well before Copenhagen. We are happy to see that Fossil Fuel Subsidy Reform, Short-lived climate forcers and Carbon Border Adjustment are now becoming an important part of the conversation at COPs.

Even if the Parties reach an agreement on an extended period for the Kyoto agreement, it hardly puts a dent in the emissions. World leaders agreed to keep within the 2 Degree target in Copenhagen. In Cancun, they agreed to reduce emissions accordingly. We wonder whether Tim Groser, New Zealand’s climate minister has been saying what many negotiators are currently contemplating: A Kyoto Two is outdated and largely irrelevant.

We are now prepared to provide another lesson in tough love.  The Clean Development Mechanism seems to broken beyond repair. The most worrying part is that CDM projects cause environmental degradation and others would be built regardless of whether they received money from CDMs or not, meaning they only provide extra cash-back for capital, but no additional abatement. A recent policy paper prepared by Stockholm Environment Institute shows this.

We should preserve hard-fought agreements and methodologies and use these as lessons learned when we consider alternative mechanisms such a Carbon Border Adjustment. Since CDM and Kyoto cannot deliver what we need in terms of emission reductions, we would like to revive the debate on applying carbon border adjustment measures. It is not a straightforward exercise, but it might still give us better results than did negotiations on the Kyoto Protocol yielded 20 years ago, amid increasing in global emissions.

The Bellona Foundation therefore hosted an event in Doha to better understand the development of  Carbon Border Adjustment among willing parties into an all –encompassing system. We understand that it may be applied as a measure for protectionism, as a threat to force a change of policy or as a legitimate tool for pricing carbon and prevent migration of high-carbon production. In the latter case, it can also support ambitious countries in their development and deployment of decarbonising technologies, which will eventually lower costs to a level where the whole world can benefit. Without such technology improvements, finding a global agreement for action will unlikely be easier. We would thus prefer the latter, but would also accept the proposed Border Tax Adjustment as a statement to make parties reconsider their position. The recent debacle on EU Aviation Tax is actually an illustration of a process that might force the International Aviation and Transportation Organisation (ICAO) to develop stronger global emission reduction plans.

Recent studies released in the run-up to the climate negotiations in Doha show that we need to consider all measures to cut emissions. We have to allow flexibility and pragmatic solutions. We are very encouraged that reducing both production and consumption subsidies is now being actively discussed along with actions to reduce the emissions of Short-Lived Climate Pollutants.