An academic studying an ancient Russian people that used to populate the northerly regions in Archangelsk and had heavy interrelations with Norway has been charged with treason and espionage by Moscow for allegedly working to destabilize the region at the behest of Norway’s government.

Published on November 12, 2012 by Charles Digges 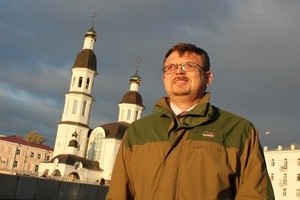 Photo: Courtesy of the Barents Observer

Ivan Moseev, an Archangelsk-based scholar of the Pomor peoples of the high north White Sea area, has been accused by Russia’s security services of high treason “with support from the Norwegian special services” and incitement of ethnic hatred.

Much of the case against him seems to hinge on a hostile posting calling Russians “scum” that was posted on an Archangelsk-based news website last spring – something civil rights and racism researchers have dismissed.

But while described by his colleagues in Norway as being a mild-mannered scholar whose sole interest is bringing to light the history of exchange and trade by the Pomor peoples, Moseev’s case falls at a time when hostilities between Moscow and the Archangelsk region’s indigenous populations is on a rise.

If convicted of treason, Moseev faces up to 20 years in a Russian penal colony.

The Pomors were hunters and fishermen who lived along Russia’s White Sea, and were active for centuries in the area now known as Norway’s Spitzbergen Island and in Finnmark. They are said by historians to have abandoned their last hunting outposts in that area in the 19th century.

They are, according to histories, an indigenous ethnic people to the Archangelsk region, and their name derives from Pomor Land – or Pomorye – the ancient geographical name of European Northern Russia. 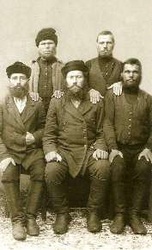 Much of Moseev’s work has been supported by the Barents Secretariat, which fosters cooperation between the Norwegian and Russian areas abutting the Barents Sea.

The Norwegian Ministry of Foreign affairs seems for the moment to be taking a cautious yet concerned approach to the case.

“We express our concern that this is happening, said Foreign Ministry spokesman Kjetil Elsebutangen. “We will follow the case and take it up in contexts that are natural.”

In another interview with Dagbladet newspaper,  Elsebutangen called the allegations “sensational.”

The director of the Institute of Indigenous Peoples and Minorities at the University of Archangelsk, Moseev’s espionage trial was to begin today, but has been postponed after he was hospitalized over the weekend with gallstones, the Norwegian daily Dagbladet reported.

Repeated calls by Bellona to Moseev’s mobile telephone over the weekend, as well as several emails sent to his address, went unanswered.

Though the first hearing of the case began today, it was adjounred until November 21 until Moseev himself can appear.

Russian security services, according to a lengthy account in the daily business newspaper Kommersant, have been following Moseev’s activities since the summer.

Today’s scheduled beginning of the treason trial against him follows quickly on the adoption of several new draconian amendments to Russia’s treason laws, which many view as part of several public efforts by President Vladimir Putin, who entered his third term in May, to crush dissent – especially opposition that can be associated with a foreign influence.

This is a position echoed by Amnesty International, who will be monitoring the progress of the Moseev case.

“The Moseev case must be seen within the context of an increasingly restrictive practice in Russia today with regard to freedom of assembly and freedom of expression for people peacefully protesting or expressing dissenting political views,” Patricia Kaatee, a policy advisor with Amnesty International told the Barents Observer news portal in Kirkenes, which first brought the case to international attention.

Norwegian Ministry of Foreign Affairs: Moseev has a ‘commitment to an ancient culture’

“From what we understand, [Moseyev] is, on the basis of his commitment to the Pomors and their culture, accused of inciting discord between ethnic groups [in Russia],” said the Foreign Ministry’s  Elsebutangen in emailed comments to Dagbladet newspaper.

“Moseyev has on several occasions visited Finnmark, where he participated in various events that have aimed to promote the memory of Pomor trade and close relations in economic and cultural areas between northern Norway and northwestern Russia in the 19th and beginning of the 20th century,” he said.

Elsebutangen said that Moseyev is viewed by Norway’s Ministry of Foreign Affairs as someone who has an interest and commitment to the ancient culture and has worked to promote its traditions.

But the indictment against Moseev reads that his intentions were far from that.

“Norwegian secret services are using Ivan Moseev to destabilize the social-political situation in Arkhangelsk,” read the indictment as cited by the Svobodanaroda.org website (in Russian).

“With support from foreign networks Moseev has been carrying out activities aiming at making federal Russian authorities recognize the Pomors as an indigenous minority of the North, and including their territory of residence under the jurisdiction of international law, which could lead to a violation of Russia’s territorial integrity.

The indictment documents cited on Svobodanaroda.org further accuse Moseev of having addressed Archangelsk authorities on the notion of establishing a “republic of the Pomors,” and further accuse him of using foreign support to establish a “Brotherhood of Pomors” to connect the Pomors of the Barents Region.

They further allege that, “With financial support from Norway Moseev produced a dictionary of the language of the Pomors, by the help of which he published a series of articles and conducted activities aimed at harming Russia’s safety.”

Hostile posting on northern news website: criminal or not?

Another scandalous and unproven centerpiece to the FSB case is that Moseev commented on the Ekho Russkovo Severa news site (in Russian) in April that Russians were “scum.”

The website’s editors were able to trace the comment to the IP address of Moseev’s computer, which they reported to the FSB, the Barents Observer reported.

Moseev has denied posting the comment, citing that his computer was not even turned on at the time.

The Moscow-based SOVA Center for Information and Analysis, a non-profit that conducts research on nationalism and racism, said in its Public Post (in Russian) that even if Moseev did post the remark, it is legally immaterial.

“From our point of view the comments placed on the web site ‘Ekho Russovo Severa,’ which are the reason for the case, can be regarded as hostile language,” read the racism monitor’s post. “All the same, the comment does not imply any calls for action, and the prosecution against Moseev looks absurd.”

Russia’s Kommersant said that Russia’s Federal Security Service, or FSB, began to tighten its grip on Moseev’s Pomor movement after the newspaper reported on the Pomor revival.

In a June reporting trip to the Archangelsk region, Kommersant reporter Olesya Gerasimenko described Moseev’s work to preserve Pomor language and culture, and have the status of a national minority ascribed to them – a practice that is not uncommon in Russia.

Shortly after the article’s publication, wrote Gerasimenko in a July article of the newspaper’s magazine Kommersant Vlast, Moseev’s house was searched by the FSB, his computers and hard drives were confiscated along with many other documents. He was interrogated about how often he visited Norway, rifled through his passport, and put a 180-day long tap on his telephone.

The Kommersant Vlast report carried remarks by the FSB saying that Moseev promotes a secessionist stance for inhabitants for the Archangelsk region associated with the Pomors, something Gerasimenko herself strenuously denied in her write up.

While acknowledging there is a vocal minority among fringe groups in the area to succeed from Russia, Moseev’s research and scholarly work has no ties to such groups. But she also reported that this radical minority has attracted an increasingly bullying attitude from police toward those who peacefully identify with their Pomor heritage – but who at the same time fully declare themselves to be Russian citizens.

Flourishing relations between the Barents Regions of Norway and Russia stretch back two decades to 1993, when former Russian Foreign Minister Andrei Kozyrev and former Norwegian Foreign Minister Thorvald Stoltenberg decided to fortify cooperation of the related regions divided by the formerly Soviet border.  This culminated in the formation of the Barents Secretariat.

Bilateral business, cultural and environmental activities have enjoyed success, and the accusations against Moseev come as a heavy blow to 20 years of hard-won cooperation – a fact noted by Amnesty International.

“Norwegian authorities have promoted civil society cooperation between Russian and Norwegian individuals, organizations and institutions within the Barents region, with the direct and indirect support from the Norwegian Barents Secretariat,” wrote Amnesty’s Kaatee in her statement.

She further emphasized that the Norwegian authorities “have a moral duty without any further delay to ask Russian authorities to respect Mr. Ivan Moseev’s right to freedom of expression,” and to “immediately and unconditionally” dismiss the case.

“Moseev has participated in re-establishing good old connections with Vardø,” Rune Rafaelsen, head of the Barents Secretariate said.  “We have never seen any hint of separatism, only peaceful cooperation.”

Thor Robertsen, a member of Norway’s Finnmark County administration, who, since the early 1990s, has been a trail-blazer in promoting historical relations between Finnmark and the Barents Region of Russia, said in an interview that “I am totally unable to understand the reasons for the charges,” against Moseev, the Barents Observer reported.

He said he and Moseev had cooperated closely in the town of Vardø, working on producing children’s books on the fish and agriculture trade between the Pomors in Vardø and Archangelsk.

“I know him well and he has never had another agenda here in Vardø than strengthening the historical and cultural ties based on the old Pomor trade,” said Robertsen.

Remi Strand, a local politician in Vardø was similarly incredulous about the accusations against Moseev.

“Ivan Moseev has stayed at my home,” Strand told the Barents Observer. “He has been here in Vardø many times, for instance when we arranged the Pomor festival last summer.”

The political season for Russian dissent has been a dark one ever since Putin swept to power on May 4.

Since then, restrictive new laws demanding that nonprofits accepting foreign funding declare themselves to the Justice Ministry as “foreign agents” – a term pregnant with Stalinist implications – has been passed, and take effect next week.

The US Agency for International Development (USAID) was forced to cease operations in Russia on October 1, leaving hundreds of NGOs scrambling to find funding, most noteably Golos, a vote monitoring agency that uncovered election fraud in December’s Duma elections that sparked off a winter of street demonstrations that were hundreds of thousands strong.

Strict laws governing demonstrations that have increased fines to nose-bleeding heights for improper behavior to some $9,000 – or the average Russian yearly salary – also came into place.

The Kremlin has also enacted internet restrictions, ostensibly aimed at protecting children, that allow the government to block access to entire websites should material it finds objectionable appear on one page.

The arrest and imprisonment of the band Pussy Riot, whose 40-second long anti-Putin song performed in Moscow’s Christ the Savoir cathedral earned two of the three punk musicians caught a two year penal colony sentence. The all-female band says the flash performance was meant to protest the tight bond between Putin and the church. Accordingly, they were sentenced in a verdict that jailed them for blasphemy.

And the new treason amendments, whose implications the Russian legal community has yet to discern, passed last week, and is awaiting Putin’s signature.

In her statement, Amnesty’s Kaatee was specific in situating the Moseev case among the Kremlin’s apparent new mandate to chisel away at civil liberties.

“All this is a progressive strangling of the freedoms of assembly and expression in the Russian Federation,” she said.