DURBAN, South Africa – Last Friday, Oleg Shamanov, coordinator of the Russian delegation at the COP15 climate talks, met with independent observers for an informal discussion of the delegation’s goals in Durban. 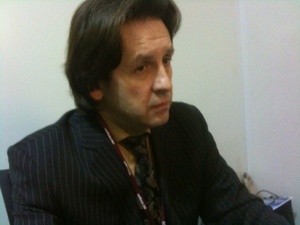 The impression this brief informal meeting left was an ambiguous one: The conversation did provide clarifications on the main issues of Russia’s official position in Durban – yet it failed to produce a consistent understanding of what Moscow’s delegates hope to achieve from the talks.

The first question concerned the issue of carry-over of Russia’s saved-up emissions allowances beyond the current commitment period of the Kyoto Protocol. Here, Russia’s official position remains unchanged: Moscow insists on the right to bank its unused balance for after the protocol’s expiry date, but is willing to negotiate on possible limitations. Russian officials have stated repeatedly that Russia’s underspent emissions quotas are the country’s contribution to the global fight against climate change and should be duly appreciated as such. Russia, thus, is not going to give them up and demands that they be taken into account.

By contrast, Russian environmental NGOs believe emissions trading is a mechanism that should be discontinued altogether. In the case of Russia, the reduction in emissions that Moscow wants credit for did not take place because of any special climate measures undertaken by the government, but rather as a result of the economic collapse brought on by the transition period of the 1990s. Emissions trading, therefore, isn’t something Russia should dearly hold on to – though there is no need to deny its claim to have the unused emission allowances recognized as the country’s honorable contribution to the climate change cause.

During this casual meeting, the same stance was reiterated that Russia would decline to sign up for the protocol’s next commitment period. Before this conversation, it seemed impossible to reconcile this position with either Russia’s continued participation in Joint Implementation (JI) projects or its insistence to have unused emissions quotas saved over for when the first commitment period was over. At the negotiations, the Russian delegation has been advocating the need to preserve Kyoto mechanisms beyond 2012, maintaining that they serve as important incentives for the Russian business sector and help introduce emission reducing technologies in Russian industry. But Moscow is yet to forward any official proposals as to the specific format in which the protocol’s mechanisms could be extended in the future.

According to Shamanov, the agenda pursued by the two negotiating tracks – under the Kyoto Protocol and under the UNFCCC convention – could be “fused” in order to forge a foundation for a new agreement. Until this magically happens, one could make use of the Kyoto review and compliance verification period – the so-called true-up period – until its completion in 2015. In other words, there could be, theoretically, the possibility to extend the JI projects and the Clean Development Mechanism (CDM) for a couple more years. At the same time, the verification period implies tallying up and reporting credits earned via JI and CDM initiatives – not using these mechanisms to develop or set in motion any new projects.

During the meeting, Shamanov commented on the Russian delegation’s proposal to amend the convention with a clause that would provide for regular revision of Annexes I and II of the Kyoto Protocol, which list participant countries as per their emissions reduction obligations or absence of such. That proposal is aimed at expanding the list of countries that are bound by legal obligations to cut their emissions, and the revisions are intended to account for such factors as membership in the Organization for Economic Cooperation and Development (OECD), GDP per capita rates, and other social and economic criteria.

The last time these lists were revised was twenty years ago, and the bulk of financial and technological aid was directed to developing countries. Nations with transition economies were not granted access to these assistance programs. For Russia, these considerations hold little relevance, but, according to Shamanov, a change in status could play a significant role for countries such as Belarus, Ukraine, or Kazakhstan.

Another issue discussed during the meeting was that of introducing charges for emissions from the air transport sector – similar to those instituted in the European Union (EU), where aviation emissions are hoped to be included in the EU Emission Trading Scheme (EU ETS) starting in 2012. The Russian delegate gave a harshly negative opinion of such a measure, saying Russia may develop a countermove regarding the EU’s initiative.

When the Kyoto Protocol was adopted, emissions from the aviation sector – like those from the maritime transport – were not included in the document because participant nations failed to agree on how to assign responsibility. Emissions, however, have been growing fast: What in 1990 was 783 megatons in CO2 equivalent from the transport sector had by 2005 spiked to 1,184 megatons in CO2 equivalent.

No particular breakthroughs are expected in the negotiations on these emissions in the near future, which is why the EU wants aviation emissions included in the EU ETS, the world’s largest carbon market. This will create a way to charge the air transport sector for the emissions it produces – hopefully, helping to reduce emissions and moving that much closer to the goal of preventing global climate change.

Similar measures have been undertaken by Australia and New Zealand. Russia, on the other hand, has joined such countries as Swaziland, Uganda, and the U.S. in an appeal urging the International Civil Aviation Organization to oppose the emission charges supported by the European Union.

A telling example here is that of Ukraine, which has chosen what is perhaps a much more constructive approach. Ukraine has held bilateral consultations with the EU and is planning training seminars for its airline companies. The Ukrainians may also suggest that the maritime shipping sector and the metalworking industry be included in the European carbon trading scheme. As for Russia, one hopes the countermove Shamanov referred to will at least involve introducing national charges for the emissions produced within Russia’s borders.

This English translation was originally published with minor variations on Below 2C, a newsletter maintained by Russian NGO observers at UN climate talks, and is reprinted here with their permission.