DURBAN, South Africa – If we keep on with the current pace of global greenhouse gas emissions today, we will pass the two-degree target before 2050 – and the Arctic will become much warmer much faster. These are two of the findings of the Bjerknes Centre’s new climate modeling study that was presented in Durban on Wednesday 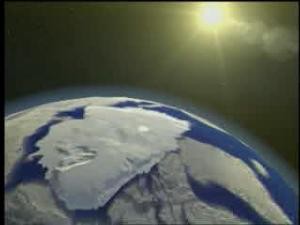 Around 40 representatives of Norwegian politics, media, civil society, and research institutions attended the presentation of the Bjerknes Centre for Climate Research, where the results of the center’s latest study of the effects of global warming were shared with the audience.

The researchers behind the new report are part of the UN Intergovernmental Panel on Climate Change (IPCC) team, and they have used a new and improved climate model in their analysis – the so-called Norwegian Earth System Model (NorESM). The model was developed in close cooperation with the Bjerknes Centre in Bergen and the Norwegian Meteorological Institute in Oslo, as well as expert organisations in the United States.

“The model has been used to simulate climate development over the last 10,000 years – and we see that it is less sensitive to [the effects of] climate forcing than some other models. We should be confident in saying that the results are on the conservative side, however, they are the serious enough,” Research Director Eystein Jansen said during the presentation of the report in Durban. 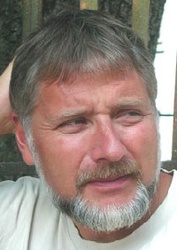 One of the research objectives that the model has been used to achieve was to see how sea ice cover in the Arctic will behave various emission scenarios. Should the most dramatic scenario – that of a six-degree-Celsius average temperature increase – occur, the North Pole will in fact have no ice cover in summer seasons by 2100. This sounds dramatic – but may also very well become a reality if the world maintains the same rate of pollution that we are seeing today.

According to the Bjerknes Centre’s report, the only scenario that will keep the global temparature within the two-degree-Celsius rise range that the IPCC indicates nations must is the scenario that requires a drastic reduction of greenhouse gas emissions beginning in 2020. All other scenarios overshoot the two-degree mark.

Moreover, should the world reach the two-degree target – or even approach it – the average temperature for the Arctic regions will increase by an entire four degrees. If the average global temperature rises by three degrees, the increase in northern areas will spike to ten degrees.

“Those who do not believe that greenhouse gas emissions have any effect on temperature rise are fooling themselves,” said Jansen. 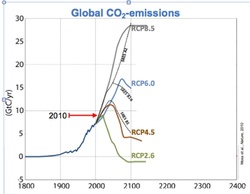 Frightening findings – but present changes should not be overlooked

“What the Bjerknes Centre [presented] here is frightening, [this is] research that makes one’s stomach turn when you read it,” Bellona President Frederic Hauge said about the presentation. “It also shows how important it is that there be real progress in the climate negotiations now. We can not give up – and we at Bellona are working really hard to find solutions to these challenges.”

He says further that focusing on global climate change figures can obscure the dramatic changes that are happening right here right now – such as desertification or melting ice. You have to look at the temperatures in the concerned areas without squinting too much at the global averages, said Jansen.

Basis for the next UN assessment report

The new report from the Bjerknes Centre will be part of the background material for the next assessment report by the UN IPCC, which will be launched in mid-September 2013. Jansen pointed out in his presentation that the research base today is far better than what it was only five or six years ago – and that estimates that are made with regard to the Arctic, among others, are now far more realistic.

Norwegian Environment and Development Minister Erik Solheim, who is attending the Durban summit, said he was concerned that time was running out for the climate negotiations to culminate in an efficient climate deal:

“The research provides more detailed insight, and it is critical to come up with measures before it is too late. This report shows clearly how little time we have. However, the sense of urgency seems to be lacking here in Durban,” said Solheim.

Hauge spoke of the political responsibility the new findings imply and the work the world’s leaders now have cut out for them:

“Politicians must take this very seriously. The forecast the Bjerknes Centre present is not just a warning light, but a whole flashing disco.”