Let them look to Germany – but not on CCS

DURBAN, South Africa – Halfway through the 2nd week of the 17th Conference of Parties (COP17) of the United Nations Framework Convention on Climate Change (UNFCCC), Germany’s Federal Environment Minister Norbert Röttgen arrived at the EU pavilion – in a room so heated that silly climate jokes were inevitable – to present to the world Germany’s highly ambitious Energiewende (Energy Transition), which clearly has strong implications beyond the country’s own borders.

Published on December 8, 2011 by Bellona 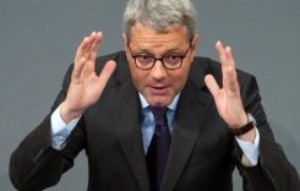 The main message delivered by Röttgen yesterday was clear: We act domestically as we preach to others to do. A strong message we could hope reaches out to leaders across the developed world, not least of which being the Norwegian government, where voices are rising to decrease domestic CO2 cuts in favour of a higher amount of cuts abroad (i.e. through buying emission quotas).

In a time of economic crisis across the European continent, Germany dares to launch ambitions that oil rich Norway, with its state finances hardly hit by the EU crisis, will not.

“Thirty-five percent renewable electricity production by 2020 will move toward 80 percent by 2050”, Röttgen said. “The Fukushima disaster aftermath provided an opportunity to reassess our energy system. The decision has been made to turn our backs to nuclear energy in 10 years.” he said, adding: “We want to decouple economic growth from CO2 emissions through resource efficiency, to show the world that it’s possible. We are providing €5 billion credits to offshore wind farms in the coming years, and we will ensure grid improvements through economic incentives, legal frameworks and research investments.”

However, Röttgen admitted that with the choice to move away from nuclear energy, some fossil sources will remain necessary in the future. While pointing to fossil gas as the most interesting source, he said that new coal plants are also planned in Germany in the coming decade (with the carbon lock-in that they cause).

Röttgen moreover stated that energy storage is of major importance to the German energy concept, for the same reason: to secure electricity grid balance and base load.

Bellona Europa’s Jonas Helseth was among those who posed questions to  Röttgen after his speech.

“How does the Minister view the Norwegian governments shift of strategy from providing a ‘green battery’ of balancing hydropower to providing fossil gas for such balance, securing future markets for Norwegian petroleum in Germany?”, Helseth asked.

Röttgen unsurprisingly would not criticise Norway in such a setting, and referred to the market to decide which balancing power is better. This led Helseth to his second question; “If you assume an increase in the import of fossil gas, Minister, and as you say, you will build several new fossil plants in the coming years to replace the nuclear capacity; in light of Vattenfall’s decision two days ago to freeze the Jänschwalde CCS project, do you still see CCS as part of the German energy strategy?”

Röttgen’s answer was far from encouraging for those of us who believe CCS must be deployed if the world’s climate is to be held at bay.

While stating that he would have approved one single project in Germany for the sake of R&D and technology transfer, he did not see this as a part of the country’s strategy, nor did he see any future for CCS in Germany after Vattenfall’s decision.

Yet he provided no answer as to how the increase in emissions from the new fossil capacity – be it coal or gas (“markets will decide if gas is more viable”) – should be abated in a scenario where Germany would take the UN’s International Panel on Climate Change’s 2050 climate targets seriously, not to mention emissions from Germany’s heavy industries such as steel, cement and refineries, for which no other large-scale CO2 abatement technologies exist.

“And does Germany really mean to close the door on the most promising technology to bringing about large-scale negative CO2-emissions?” was Helseth’s laconic comment after the meeting.

Not encouraging developments at all from the German Environmental Minister who during the COP17 plenary on the following day suggested that the Climate Fund should be seated in his country.