Fasten your seatbelts: Aviation biofuels are ready for take off

DURBAN, South Africa – Aviation jokes were aloft when the moderators for the airline industry’s Durban Climate Change Conference venue made their introductory remarks at one of the larger conferences during the summit Wednesday night.

Published on December 1, 2011 by Jonas Helseth, translated by Charles Digges 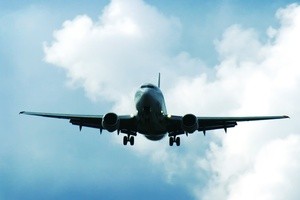 Bellona’s senior adviser Jonas Helseth of Bellona Europa in Brussels, was invited by the Air Transport Association (IATA) and Air Transport Action Group (ATAG) to introduce the role biofuels will play in the future of international aviation and the challenges and opportunities the industry faces with its greener visions.

Helseth started his 15 minutes of remarks by presenting Bellona’s work for the panelists and the audience, and focused particularly on Bellona’s solution-oriented approach. 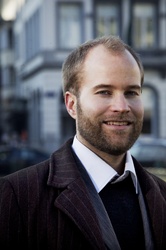 “Bellona has a working methodology in which we gather input from industry, research and civil society, and thus we arrive at solutions that do not create dead ends in the fight against climate change and come to solutions that have greater legitimacy in the sense that they will not “backfire” under criticism from NGOs or research groups,” said Helseth to those convened.

Helseth noted further that Bellona’s longstanding work in the EU technology platforms (ZEP and EBTP) before he spoke of Bellona’s work on the Joint Task Force, a working group in which Bellona established a secretariat in order to bring out the synergies between ZEP and the EBTP, with a focus on developing carbon negative solutions with the use of biomass and carbon capture and storage (CSC).

Bellona was the only civil society group among those gathered here in Durban to speak at this conference, and Bellona’s overall holistic approach to bioenergy in general and biofuels in particular was well received by both industry representatives and national delegates gathered in the conference hall.

The aviation industry was represented by IATA, Airbus and United Airlines. The panel discussed environmental solutions for aviation emissions, and presented figures indication that 2.4 billion passengers flew on commercial flights in 2010.

Andreas Hardeman, the assistant director of environment policy and outreach with the IATA noted his association’s global industry goal,  agreed to in 2008, when the industry sat down and agreed on the urgent need to develop a “joint action plan.”

In 2010 IATA adopted a measure of 1.5 percent annual improvement in its fuel efficiency, and in the period 2020-2050 the industry plans to reduce its net CO2 emissions by 50 percent compared to 2005 levels.

To achieve these objectives, the IATA presented a four-point strategy:

1) To invest in new technology,

3) More efficient infrastructure on the ground,

Hardeman pointed out that nearly 1,000 flights over the past year have been run on so-called 50/50 fuel – 50 percent biofuel blended with conventional fuels.

“It is important for the industry to show that biofuels can actually be used in the aerospace industry and of course are perfectly safely,” said Hardeman.

Kevin Goddard, head of environmental operations for the Toulouse, France-based Airbus took the baton from his industry colleague.

He referred to Airbus’s commitment to so-called “demo flights,” and said that these flights are extremely important for the credibility of the aviation industry.

Conor McAuliffe, spokesperson for United Airlines, said that the industry had to be aware of the various sources of biomass fuel that are available. In particular, he focused on the use of algae and other biomass sources of energy that are not in conflict with food production as a very exciting field of research.

Bellona’s Helseth appreciated his discussion of climate change with the aviation industry.

“It is positive that the industry wants to listen to civil society representatives,” he said. “There are many challenges associated with biofuels, but in aviation, this is the only available technology to reduce emissions sufficiently.”