Environmentalists call on the Russian government to ratify the Espoo Convention

ST. PETERSBURG – NGO participants of a recent conference in the Russian enclave of Kalinigrad have demanded that President Dmitry Medvedev, the Duma and the Federation Council cooperate to ratify the Espoo Convention on international environmental impact assessments.

Published on February 4, 2011 by Nina Popravko, translated by Charles Digges 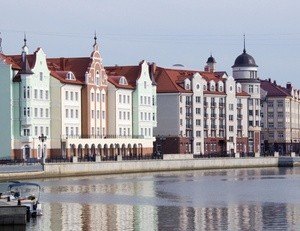 The meat of the Espoo Convention, which Russia has signed but not ratified, is its requirement that nations building installations that could have a significant environmental impact on adjacent  countries must submit their project plans for evaluation by those neighbors for review – something at which Russia has not traditionally been well disposed to do.

The right of citizens to take part in environmentally significant decisions is enshrined both in the Russian constitution and several fundamental natural preservation laws. Recent changes in environmental law have meant that several norms regulating public participation in such decisions have been sidelined, so the process itself has become a formalization.

In practice, the construction of even the most dangerous installations are undertaken without an accounting of pubic opinion. One example of this are decisions by Moscow to build nuclear power plants, and federal laws on atomic energy use do not obligate the state to hold public consultations on their construction, leaving the final decision to the government’s executive power.

Discussions of materials for a given project and its impact on the environments are also mere formalities, the possibilities of public access to state environmental impact assessments impossible, and the population, as a rule, is presented only with the results.

It is more and more difficult for specialized NGOs to conduct public environmental assessments as they are conducted by organizations loyal to the cause of the contractor.

It is further not permitted to hold referendums on issues that are designated as areas governed by the exclusive competence of Russia’s executive governmental circles. Yet even in circumstances where referendums would be permitted, authorities find a variety of reasons to scuttle them.

Wider issues of social participation are regulated by norms that correspond to international level conventions. Among these are the Aarhus Convention on Access to Information, Public Participation in Decision-making and Access to Justice in Environmental Matters, and the Espoo Convention on Environmental Impact Assessment in a Transboundary Context

These formal structures give public opinion at least one outlet – to demand that legislative structures and the president sign and ratify the most important international conventions that regulate pubic participation in decision-making such that citizens can appeal, in circumstances when the Russian government fails in its obligations, directly to international institutions and convention committees.

What is in Russian legislation?

Environmental impact studies are conducted in the framework of a governmental environmental expertise in accordance with an established order of the State Committee on the Environment called “On the evaluation of the impact of planned economic and other activities on the environment in the Russian Federation” which was penned in May of 2000.

As state environmental expertise is conducted for installations to be located on the continental shelf, in exclusive economic zones, in interior water bodies in Russia, and on specially protected territories. However, in accord with point 29 of the order, if the “planned economic or other activity” has a trans-border – or international – impact, the Espoo Convention dictates the preparation of materials for the evaluation of the environmental impact on the environment of surrounding countries.

Russia’s own Constitutional Court made reference to this in an October, 2010 decision. In another order from the State Committee on the Environment callec “On the establishment of methodological recommendations in the preparation of materials presented in a State Environmental Expertise,” it is stated that, upon planning activities dealing with dangerous waste, specifically their trans-boundary movement when a planned project can have international impact, an environmental expertise must be performed within the framework of the Espoo Convention.

In this manner, Russia has a legal leash to the Espoo Convention, but this is not sufficient to bring Russian legislation into closer alignment to international standards.

Russia and the Espoo Convention

In 1991 Russia signed but did not ratify the Espoo Convention. The governing principle of the convention is full disclosure of projects and planned economic or other activities that could bear a cross-border impact.

According to the Convention, environmental impact assessments – including public hearings – of potentially dangerous projects must be conducted not only within the nation in which they are taking place, but in the neighboring countries that will be impacted by the planned installations.

The assessment procedure itself must be carried out in the early stages of planning. A catalogue of installations that could have an impact on adjacent countries is contained within the Convention. The environmental impact study is conducted in order to minimize and control detrimental consequences for the environment in the neighboring countries.

The legislation of each neighboring country can prescribe its own mechanisms for carrying out environmental impact assessments taking into account the natural, historical and cultural heritage of the region.

Epsoo as an instrument of public participation in Russia

Participants in the “Espoo Convention as an Instrument of Public Participation in Russia: Possibilities of De-Facto Attraction of   Assistance of the Ratification Experiences of Neighboring Counties” expressed concern that Russia realizes large scale projects that could significantly affect the environment, including impacts that could cross borders.

That said, Russia has not ratified the Espoo Convention. Lea Launokari of the Finish organization Women Against Nuclear Energy noted in her appearance that the Convention is an effective means of regulating the realization of the most important investment projects on the European Continent, including in common seawaters. Countries of the Baltic Region like Norway, Sweden, Denmark, Finland, Poland, Latvia, Lithuania, and Estonia have ratified the convention. And strthe ecological community of the Baltic region is expressing concern because the influence of projects realized in Russia could cause catastrophic consequences.

Russian experts shared their experiences on public participation in the evaluation of projects being realized in Kaliningrad and Murmansk as well as in Voronezh and St Petersburg during the impact assessments of Baltic NPP and the Shtokman oilfield project, the Western Freeway, and the Nordstream Pipeline.

Specifically, Nina Lesikhina, coordinator of energy projects for Belona Murmansk, said in her remarks to the conference that the experience of public participation in environmental assessments of the Shtokman oil field showed that, at present, the legislative mechanisms allowing the public to influence the adoption of environmentally significant decisions. As a result, conflicts of interest arise and the realization of environmentally dangerous projects in vulnerable regions such as the Arctic, and repeat tragedies, become possible.

Environmental activists from Finland, Latvia, Lithuania and Belarus spoke about the adoption of the Espoo Convention within their countries during the implementation of projects that could affect neighboring countries.

The seminars representatives expressed their concern that Russia, not having ratified the convention, does not receive information about the planning and realization of especially dangerous projects, such as the construction of radioactive waste storage facilities in Finland and Sweden.

For this reason, the experts at the seminar send an appeal to President Medvedev and other federal authorities to ratify the Convention, assuming that the ratification will encourage not only encourage the defense of public’s right to a healthy environment and access to information, but also improve the image of Russia in the international arena.