Kyoto Protocol hanging by a thread in Cancun

CANCUN, Mexico – Norway and the European Union stands alone in wanting a continuation of the Kyoto Protocol. During the climate talks in Mexico, Japan has refused to participate in further extending Kyoto, and Russia and Canada are also on the way out. Bellona’s international advisor, Svend Søyland, comments that, “Kyoto is important, but climate cuts are, after all, most important.” 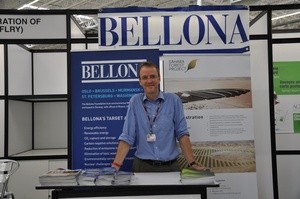 Norway is the biggest defender of the Kyoto Protocol at the UN climate negotiations here in Cancun, Mexico. But like the EU, Norway has posed the condition that for an extension of Kyoto to work, other major countries must agree. That appears to be extremely unlikely.

Earlier this week, Japan said that under no circumstances would it extend the Kyoto Protocol beyond its first compliance period, which expired in 2012. Japan will not take responsibility for emissions cuts unless the United States and China take the same responsibility.

What Russia will do is uncertain, but hardly anyone here thinks Russia and Canada want a continuation of the Kyoto Protocol while the United States – which never ratified the protocol – continues to stand outside its umbrella.

Developing countries would in turn like their own guarantees that rich countries that have undertaken CO2 reductions under the Kyoto Protocol are not shirking their historic responsibility. Developing countries are clear in their assertion that developed countries must clean up the climate problems that have emerged due to their emissions from oil, gas and industry in the rich world.

Cuts are most important

Bellona’s Søyland, emphasizes that what is most important is that the world gets a treaty that actually works:

“The challenge, of course, is that Kyoto’s end date is rapidly approaching and we still do not have adequate alternatives that can take over. This creates a big hole in which countries and companies do not know which international rules to relate to in the future and we also need regional and national agreements, as well as more specific agreements in sectors such as transportation, steel and cement,” said Søyland.

“One can also imagine systems based on emissions intensity, ie a limit for CO2 emissions per kWh electricity produced, as California has done,” added Søyland.