CCS crucial for the climate

CANCUN, Mexico – A high level panel discussed progress for CO2 capture and storage (CCS) globally in the Bellona Room in Cancun yesterday. Several projects are in the pipeline, but the panel was impatient to get CCS deployed on a larger scale. 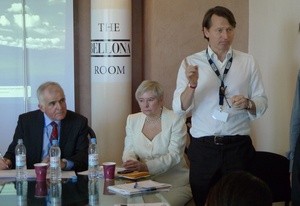 According to the Global CCS Institute, who organised today´s event at the UN climate summit together with The Bellona Foundation,  there are
242 CO2 capture and storage projects either in the planning stage, under construction or at the operating stage.

So far there are no full-scale operational CCS projects at power plants or large industrial emissions sources, although several smaller scale pilot projects are up and running.

Joan MacNaughton, Senior Vice President of Power and Environmental Policies at Alstom Power, has been working on CCS for a long time, and about a decade ago she pushed for the UK CCS competition. 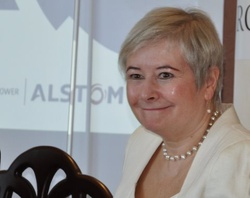 ”I can´t understand why it takes so much time. We still haven´t got an operational project in the UK. There has been a lot of strong leadership and we´ve got some money in place, but we´re not there yet”, MacNaughton said, adding:

”The key thing is to create a market for CCS.”

No answer without CCS 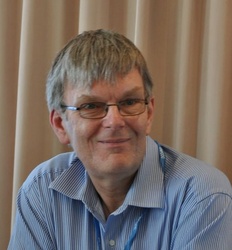 ”CCS isn´t the answer, but there is no answer to climate change without CCS. Our mission is to make CCS commercially viable by 2020 – and that is just about possible.”

The Electric Power Research Institute (EPRI) has done studies showing the value of CCS as part of a larger portfolio of solutions:

”Without CCS the cost of meeting the climate change threat will be very high and the climate goals impossible to meet”, John Novak, EPRI’s executive director said.

At the workshop, Scotland´s energy minister Jim Mather said that Scotland has an obligation to be at the forefront:

”We have the storage possibilities in the North Sea and that places a heavy obligation on us, but also an enormous opportunity,” Mather said.

Bellona has voiced strong concerns about oil sand projects because of the horrendous carbon footprint and other environmental impacts, such as soil degradation and tailing ponds, that it leaves behind. Bellona does, however, support CCS projects on coal and gas, as well as sustainable biomass and industrial emission sources.

Dave Hawkins from the Natural Resource Defence Council also pointed to CCS as an important tool in the toolbox. To get CCS projects deployed world wide, there is a need to make more information available to the public:

”The issue of reputation and who is associated with projects are important. There is a suspicion in some communities that CCS is greenwashing and polluting – so you can get a hostile reaction not because of facts, but because of how people perceive the CCS projects”, Hawkins said.

Paal Frisvold, Chairman of Bellona Europa underlined the need for a concerted message on and commitment to CCS:

”Both industry and governments talk a lot about the high cost of CCS, and they say it takes a lot of time. They send out messages that are not leading to building confidence. CCS is portrayed as a trial technology, when we know that all components of its value chain work”, he said.

“We need to send a clear and unambiguous message to the public that CCS will be deployed on a wide scale after 2020 and will therefore be a credible mitigation option. Bellona has invited industry and governments to discuss the best regulatory option to ensure this,” said Frisvold.