CANCUN, Mexico – With two days left of the climate summit, it is hoped that a consensus is emerging. “What one can agree on here will not save the climate, but it can lay a good foundation for a comprehensive and legally binding agreement, “said Bellona’s Svend Søyland. 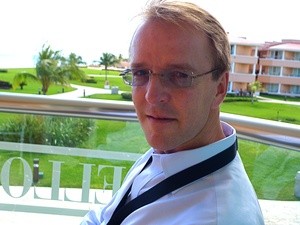 Key issues for climate negotiators in Cancun are the financing of emissions cuts and adaptation to climate change in developing countries, the preservation of rainforests and climate technology transfer between countries. In all these areas there is progress, but it all hangs together and the need for emerging with a balanced package from this summit has been stressed.

There are many indications now that China will accept one of America’s most important requirements: a measurable, reportable and verifiable system (MRV), to monitor and register emission reductions. Such a system is meant to ensure that developing countries’ promises to contribute to emissions reductions are implemented. It has been a condition of the United States if it is to contribute financial support to climate change efforts in China and other developing countries.

While China blocked work on a new binding climate agreement in Copenhagen last year, the country is playing a different role this year:

“China appears to be more interested in finding a balanced solution and accepting international obligations. I think they can come to an agreement here in Cancun, but the question is how good it will be”, says Svend Søyland, international advisor in the Bellona Foundation.

Kyoto the most difficult

The future of the Kyoto Protocol is perhaps the most difficult issue at the climate summit. Russia and Japan have said they are not interested in continuing this agreement when it expires in 2012, and this has caused strong reactions from developing countries.

From 1992, developed countries committed themselves to an overall reduction of greenhouse gas emissions by 5.2 percent from 1990 levels by 2012 under the Kyoto Protocol. However, the agreement covers barely 30 percent of global CO2 emissions because developing nations have no obligations, and the United States never joined the agreement.

“The Kyoto Protocol is missing a lot, but it is the only international climate agreement we have. Should we get a new agreement before the agreement expires in 2012, then we need to get it done at the climate summit in Durban next year, ” said Søyland.

Several individual components of the climate negotiations have moved far in the past year, and there may be agreement on milestones here in Cancun. These include whether to include CO2 capture in the Clean Development Mechanism (CDM) and technology transfer.

“When it comes to transfer of technology between countries, climate negotiators have been nearly finished for a long time. Now the question is how technology should be weighed against other issues, “said Søyland.

Not enough for the climate

While the expectations of the Copenhagen summit were sky high, no one expected the Cancun summit to produce a major global and legally binding agreement.

“There have been many who have threatened to take back the promises that they made in Copenhagen (just delete this:, even though they were debilitating). Whatever happens in Cancun it will still be far from adequate for the climate, but it is at least a step in the right direction if we can lay a foundation for an agreement,” said Søyland.