ST. PETERSBURG – Ecological modernization encompasses change in the ecological policies of the state as a result of which at least three possible outcomes will be achieved: better quality of life, increased economic effectiveness, and the guarantee of “green growth” in economics and energy and protection and preservation of nature.

Published on November 3, 2010 by Boris Vishnevsky 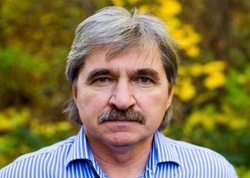 Such were the conclusions  at the “Ecological Modernisation of Russia: the role of science and Civil Society” conference reached by Alexander Niktin, chairman of the Environmental Rights Centre (ERC) Bellona, the leader of the Green Russia faction of the opposition party Yabloko and memer of the Russian Academy of Sciences, Aleskei Yablokov, and Sergei Simak, leader of the Samara Socio-Ecological Union. The three co-authored a report entitled “Ecomodernization of Russia and Civil Society,” which they presented at the conference. 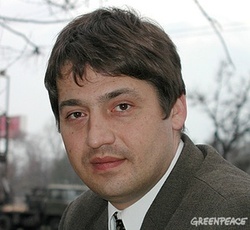 Data provided by the Russian Forestry Service is even more out of whack. Their most recent data concerning illegal logging in Russia dates back to the first half of 2007.

The authors of the “Ecomodernization of Russia and Civil Society,” report identified 10 mechanisms requiring “ecomodernizations”: the security of the rule of law; scientific security; ecological monitoring, information security, or real access for the population to environmental information; environmental education and enlightenment; the formulation and realization of state ecological policy on all levels, among others. The role of the public, say the authors, is to force all the enumerated mechanisms to act in the interest of ecomodernization. But first, the power structures and business of Russia – those who have no real interest in the process – must be forced.

There are specific examples of successful solutions to publicly important environmental problems: moving oil pipelines away from Lake Baikal, preservation of Sakhalin’s Grey Whale population, public initiative to create nature preserves in the Moscow, Samara and other regions, or the refusal of Moscow’s administration to build trash compacting facilities. But these, suggest the report’s authors, are only local victories that have failed to stem the government’s policy of “de-environmentalism.”

Of those current ecological problems that cold draw a significant number of citizens to meetings and protests, the authors singled out four: the Khimki Forest issues, protecting Lake Baikal from renewed activities of local paper mills, protecting the Utrish nature preserve on the banks of the Black Sea, and the import of nuclear waste. Why do these issues attract the attention of those who live far from Baikal, the Khimki Forest or Utrish? The answer to that question must aid the solution to such environmental problems presented by the Sochi Olympic Games in 2014, the construction of more hydro-electric plants on the Yenesei River, and hundreds of other problems like these.

Without radical political decisions, say the authors, no real ecological modernization can take place. And the issues of what reserves and possibilities the public has to force authorities to understand that living standards are more important than the GDP, that without radical changes in environmental policy the population will begin to shrink and Russia will remain a weakly developed country must me resolved. Must the public resort to mass demonstrations? Public environmental impact studies? The courts? All of these measures have been tried and are met with so called acceptable success. All that remains is to rely on the authorities good will – but that is fickle. And there remains another question of whether to pay attention to initiatives from the top, to support them, to participate in them or not to participate.

Gloving up for the political ring

“Is there a demand for environmental modernization among the public?” the authors of the report ask. Moreover, does it have a demand for modernization at all – the kind that leaders of democratic organizations, The Institute of Contemporary Development, and others speak of? Or is this just a problem a few “upstarts,” including those present at the conference understand?

If there is no such demand, then in the foreseeable future, environmentalists are doomed to defeat. But if there is, then that raises the question about why society so weakly supports the “upstart” environmentalists in election, at rallies and demonstrations, in appeals to the government and so on. And if support appears, then, as a rule, it is only when a problem personally affects this or that citizen: his house and garden. Consequently, in order to achieve mass support it is necessary that there arises a consciousness of the necessity of ecomodernization and a desire to participate in all – or many – households. But this is hardly to be expected to become a reality in the coming years.

Many environmentalists, said the report’s authors, think that problems can be solved without entering the political playing field. They say that they must only learn to influence authority. But how does on do this in the absence of real elections and authorities who are accountable to society? How does one change government policy, including environmental policy, without entering the political arena, and correspondingly without participating in the processes that can only be solved in that arena? There is no way to divide political problems and environmental problems, said the authors. They are inextricably bound together.