ST. PETERSBRUG – The European Commission has confirmed that its structures will not finance the building of a highway between Moscow and St. Petersburg that cuts through the Khimki Forest north of Moscow, German European Parliamentarian Werner Shulz of the Group of Greens/European Free Alliance has told Bellona Web.

Published on November 1, 2010 by Bellona, translated by Charles Digges 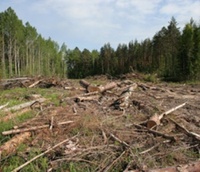 The Environmental Rights Centre (ERC) Bellona last month appealed to Green party Members of European Parliament (MEPs) the Council of Europe Parliamentary Assembly (PACE) and national parliaments of Europe to exercise their influence on the Coucil of Europe to refuse funding the highway project.

Many of the MEPs and national parliamentary deputies responded to Bellona’s appeal. Alexander Lotman, member of Estonian parliament and PACE passed the appeal of Russian environmentalists to the natural preservation structures of the EC. German Parliamentarian and PACE member Viola von Kramon-Taubadel sent an inquiry to her government regarding its participation in the project through the European Bank of Reconstruction and Development (EBRD). French MEPs Michèle Rivasi and Catherine Greze wrote letters to Russian President Dmitry Medvedev.

According to Shulz, the EC officially confirmed that plans for combined financing the disputed portion of the highway through the Khimki Forest are, for the moment, off. Shulz explained that,  “in this manner, the European Union expresses its support of the forces of civil society in Russia and support a position against such egregious violations of standards of protecting the environment and the principles of the rule of law such as the detention of environmentalists, guilty verdicts against them and harsh hindrance of their work.”

Shulz continued, saying that, “I am glad that the commission shares our arguments that the current approach of Russian authorities to the planning and realization of the project does not correspond to environmental and civil principles and the standards of the European Bank of Reconstruction and Development. The plans of the EU for collective financing of this project have for the moment ceased”

Shulz added that he “welcomes” the EC’s decision that the project must first be re-evaluated by results of consultation, and that only then can decisions about possible participation in financing be taken.
Construction of the highway was ceased in late August by Medevedev’s order. It had been earlier assumed that the EBRD and the European Investment Bank (EIB) would put $400 million to $1.5 billion into the project.

Marco Buti, international economic affairs director to the European Commission, wrote in a letter to Shulz that, “Both the EIB and the EBRD review possibilities of financing only in conditions that the final project will correspond to their standards and requirements specifically from the financial, legal, technical, environmental and social points of view.”

Buti added that requirements for financing projects also include contemporary and transparent cooperation of participants.

“Both banks established contact with interested non-governmental organisations at the beginning phases of project preparation, The Commission, as well as both banks welcomed the decision of the Russian President to conduct further consultation with stakeholders from the local public and civil society organisations with the aim of deciding how best to realize the project, in the best manner, having balanced the economic needs of society and environmental concerns. Both banks will note this in planning future participation in reviewing the project,” wrote Buti.

Buti added in his letter to Schulz that any financing of an adjusted highway project between Moscow and St. Petersburf would be contingent on an evaluation of the results of the consultations called for by Medvedev. For the EIB, wrote Buti, this means the project would be reviewed by the Commission as per the consulation procedure and then by the bank’s board, which includes Commission members.

A final decision from the EBRD would require review by the board of directors, at which every stakeholder, including representatives of the EU and EIB would state their opinions of the project, wrote Buti.

“Relative to this, I would like it to be recalled that a number of services in the commission met with representatives of two non-government organisations (CEE Bankwatch Network and the Defenders of Khimki Forest Movement) on October 11 to discuss environmental problems and public hearings,” Buti wrote Shulz.

“Thanks to this direct contact with local and international civic organisations, the Commission got an important understanding of the essence of things,” he wrote.