ST. PETERSBURG – A ray of hope has appeared for those who would save Moscow’s Khimki forest from clear cutting in order to make way for a high speed toll road between the capital and St. Petersburg, an issue that has had environmentalists and authorities as acrimonious and often violent loggerheads, as Russian President Dmitry Medvedev and Moscow’s mayor have called for a suspension of logging operations for further study of the issue.

Published on August 25, 2010 by Bellona, translated by Charles Digges 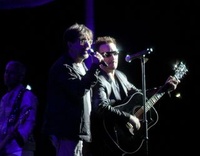 One piece of hopeful news that was reported was that Moscow Mayor Yury Luzhkov and the Kremlin-created majority political party United Russia – chaired by Prime Minister Vladimir Putin and which has worked against environmentalists – have endorsed supporting the Khimkki forest.

The most decisive evidence that Khimki may finally be out of danger is a video blog by Russian President Dmitry Medvedev posted on the Kremlin website saying that the issue demands more research.

“Our people, from the governing United Russia party to united opposition groups are saying (the clear cutting) demands more analysis,” said Medvedev in the video against a background of foliage. Building the road, he said, will be suspended to allow “extra public and expert discussions,” Medvedev said, adding that his decision was spurred by the “high public resonance” of the issue. 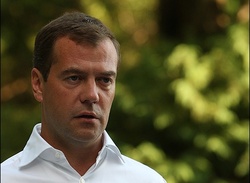 The “high pubic resonance” to which Medvedev referred is doubtless a number of recent high profile mass demonstrations and statements from Russian and foreign musical glitterati, like Russian rock star Yury Shevchuk, and his politically active counterpart Bono of U2.

United Russia issued an appeal to Russian President Dmitry Medvedev early Wednesday with a request that the construction the high speed roadway through the forest be halted, Interfax reported.

Earlier in the day, Oleg Mitvol, prefect of the northern administrative distric of Moscow told the Gazeta.ru website that Luzhkov supported the building of the highway via an alternative route that circumvents the forest. According to Gazeta.ru, Luzhkov endorsed running the highway through the Molzhaninov Region, which is also to the north of Moscow.

The Defenders of Khimki Forest, an ad hoc group of environmentalists, have long worked for this outcome. The decision by the Moscow city administration comes after 3,000 strong gathering in central Moscow’s Pushkin Square Sunday that was attended by several high profile Russian rock musicians, including Shevchuk of the popular DDT.

Despite the fact that authorities had forbidden the gathering to hold a concert or set up the equipment necessary to do so, Shevchuk nonetheless sang two of his popular songs with the help of a megaphone as protestors sang along.

Yesterday at a U2 concert at Moscow Luzhniki stadium, police forbade Amnesty International, Greenpeace, and The ONE Campaign, an international foundation on AIDS education, to demonstrate, and a handful of demonstrators were arrested.

U2’s front man Bono has been in Moscow for several days and held private talks with Medvedev on environmental and human rights issues.

The arrests brought enormous outcry from concert organizers: Environmental and human rights groups routinely distribute information at U2 concerts throughout the world, and yesterday’s concert represents the first time this was not allowed by authorities.

Later in the concert, Shevchuk was invited onstage to sing a duet of Bob Dylan’s “Knockin’ on Heaven’s Door” with Bono. Some 60,000 people were in attendence.

It is hoped that the participation of the rock stars in protesting the clear cutting of Khimki will continue to override authorities’ wishes.

“It’s surprising, but in Khimki, where the authorities keep stepping on the same rakes, a decision has been made for the first time by the authorities, and after the massive rallies, maybe they thought ‘maybe we can do this differently,” said Environment and Rights Centre Bellona Director Nikolai Rybakov.

“All of these huge projects must set the stage for a wide public discussion, which should lead to a compromise, and that has never really happened in our country so far,” said Rybakov.

Plans to build the highway have long angered locals. Mikhail Beketov, the editor of Khimkskaya Pravda newspaper, was savagely beaten in 2008 for what his supporters say was his extensive reporting on the issue. His attackers have not been found and he remains in hospital.