ST. PETERSBURG – After several years of stalling, the Russian parliament – the State Duma – in mid-January finally ratified Protocol 14 to the European Convention on Human Rights, a document that introduces a key reform to the European Court of Human Rights as it is hoped to streamline and expedite the case-reviewing process in Strasbourg. What is the significance of Russia’s move for its own judicial system and its ability to defend the rights of citizens in the country? Below are a few comments from Bellona’s St. Petersburg office’s counsel.

Published on January 25, 2010 by Nina Popravko, translated by Maria Kaminskaya 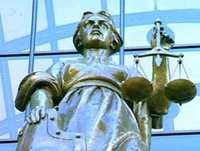 From 2006 and until this January 15th, Russia remained the only member state in the Council of Europe which, though it was participating extensively in discussions of Protocol 14, was nevertheless blocking its ratification. Russia’s position – seen as a spanner thrown in the Council’s efforts to alleviate the backlog of cases choking the court – was a source of continued vexation on the part of the European judicial community, as well as the public in general.

The backlog issue was indeed one that had long needed to be addressed: The European Court of Human Rights has clearly been buckling under the burden of the numerous cases that have in the recent years flooded into Strasbourg from Eastern Europe, with Russia being a predominant source of these complaints.

The reform sought by the Council of Europe is hoped to bring certain alterations to the court’s proceedings, such as a reduction in the number of judges reviewing a particular case. The intent is to simplify case-reviewing procedure – especially with regard to those categories of cases where the European Human Rights Court has previously stated its position and where precedent has been set. Furthermore, as experience has demonstrated, a great number of complaints are rejected by the court for reasons of either non-compliance with the appropriate time frames for filing a suit or the complainant’s failure to exhaust all means of judicial recourse provided by the defendant state.

In Russia, however, the attention of the public and human rights advocacy groups, in particular, has been focused more closely on whether the ratification of Protocol 14 will help bring around a stronger judicial system in the Russian Federation and whether Russia will now be able to defend better the rights of its own citizens. A reform in the European Human Rights Court will be all the more efficient, goes the argument, if fewer cases are filed against Russia in Strasbourg – which is an achievable prospect if the rulings handed down by the Russian courts are based on fair and independent considerations.

To improve the Russian court system, a judicial reform has been under implementation for several years now. Some of the new developments include Federal Law No. 262 “On providing access to information on the activities of courts in the Russian Federation,” which is expected to come into force on July 01, 2010.

Another important law being currently drafted is “On state liability for damages caused by a violation of the right to court proceedings held within a reasonable time frame, as well as the right to legally effective judicial acts executed within a reasonable time frame.” In plain language, this law, if passed, will allow plaintiffs to seek compensation from the state if it has been taking the court unreasonably long to hear the case or if a court ruling that has taken effect is not executed as it should be.

In accordance with this proposed legislation, if a court decision has not been fulfilled, the plaintiff would be able to claim compensation ranging between €1,500 and €2,000 for every year that passes by as the system’s bureaucracy fails to see the decision to actual execution.

Bellona vs. the Russian Federation

Last October, the St. Petersburg-based Environmental Human Rights Bellona filed a complaint with the European Court of Human Rights based on certain facts surrounding the ongoing development of the second stage of construction at Leningrad Nuclear Power Plant (LAES, in its Russian acronym).

Bellona earlier tried – and was denied in its request – to register an application for a public environmental impact study that might provide an independent and objective evaluation of potential risks associated with building LAES-2. Bellona’s request to register such an application and obtain project documentation that had served as the basis for issuing a license for LAES-2 construction was formally dismissed on May 27th 2008 by the Administration of the Smolninskoye Municipality of St. Petersburg, in whose jurisdiction Bellona’s St. Petersburg branch belongs. Bellona appealed the decision in Smolninsky District Court of St. Petersburg, but the appeal was denied and the court upheld the administration’s decision.

Russian courts hold to the position that sites of the nuclear industry – such as the prospective LAES-2 – fall under the category of state secrets, which means materials pertaining to such sites cannot be disclosed for purposes of a public environmental impact evaluation. Bellona believes this reasoning contradicts both the federal law on state secrets and the federal law on environmental impact studies.
Bellona believes that the object of evaluation – the documentation based on which a license was issued to build LAES-2, where it is pertinent as subject of an environmental impact study – does not include classified documents and can therefore be obtained for evaluation.

Rulings made in this case by the courts of the Russian Federation contradict Articles 10 and 11 of the European Convention on Human Rights, which say that everyone is entitled to the right to obtain information and that an organisation has the right to exercise its legally sanctioned activities as specified in its charter documents.
Fulfilling these rights is not subject to any limitations except those that have been provided for by law and that are deemed necessary in a democratic society when purposes of preserving public order take priority.

Bellona believes that the European Court of Human Rights will conclude that the actions taken by the Russian courts in this case were in violation of the law and that a precedent will be set for cases like this, preventing future violations of the rights afforded to the Russian public.