NEW YORK – Residents in several US states have taken a particularly American route in their fight against climate change – sue the corporations responsible for emissions of greenhouse gasses in the United States. The cases have been accepted by Federal Appellate courts to move forward.

Published on November 22, 2009 by Charles Digges 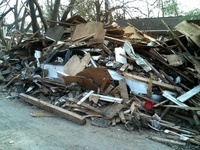 Over the past several weeks, Circuit Courts covering Mississippi and Connecticut have allowed suits against major US utilities and industries to proceed, as the courts have ruled the plaintiffs have due cause to link damages they have suffered to climate change produced by oil refineries and coal fired power plants.

The moves by the court are especially noteworthy, as they represent the first time the American judiciary has had to consider tracing actual damages caused by climate change back to their source.

In its decision to advance the Mississippi case, the Fifth Circuit Court of Appeals cited that climate gasses were “fairly traceable” as probable cause to continue litigation against the emitting corporations, overruling the First Circuit court, who had ruled that climate change was a political, not a legal issue.

In a separate case, the United States’ Second Circuit Court of appeals allowed the case of Connecticut vs. AEP (American Electric Power) to move forward. This decision allows nuisance claims filed by several states against coal burning utilities to proceed.

The issue will be especially poignant in the state of Mississippi, where a group of 12 homeowners are seeking damages from 33 energy companies, including ExxonMobile and coal giant Peabody Energy, electric utilities and other conglomerates who they say were responsible for contributing to greenhouse gas emissions that caused 2005’s Hurricane Katrina, which nearly five years later still has the US Gulf Coast reeling to clean up damages. 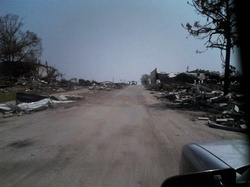 
Homeowners who had Hurricane insurance found themselves as loggerheads with insurance adjustors who countered that the main damage to their homes was inflicted by flooding that came with the storm. According to statistics obtained from the Mississippi Insurance Department, less than 25 percent of coastal homeowners had flood insurance at the time the storm hit.

The case therefore brings with it a lot of baggage for those whose lives were moved back to square one by the storm.