International press freedom watchdogs are decrying the Thursday beating by unknown assailants of a 72-year-old Moscow region newspaper editor in what is the fifth major assault against a Russian journalist – two of which have resulted in death – in the last three months.

Published on February 7, 2009 by Charles Digges 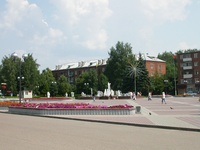 Yury Chernov, who edits the newspaper “Solnechnogorsky Forum,” an opposition paper published in the Moscow suburb of Solnechnogorsk, was attacked around 2pm on Thursday, the business daily Kommersant reported.

Chernov was found by neighbors, unconscious and bleeding, in the entryway of his apartment building.  He remains hospitalised with a concussion with a concussion, a broken nose, and lacerated cheek.

Early statements by the police – who have suggested Chernov either inflicted the injuries upon himself, that his injuries are just accidental, and that the attack was somehow connected to a “sex case,” – have cast doubts on the notion that the incident will be seriously investigated, said CPJ.

"We are concerned that local investigators are playing down the attack and jumping to an early conclusion by calling it an accident. We urge them to do due diligence and conduct a thorough and fair investigation," said Nina Ognanova, CPJ Europe and Central Asia programme coordinator in a statement.

Grachev regained consciousness Friday in hospital, according to Moscow’s Radio Siti website, and told police that he recalled that he took a taxi to his home and went into his apartment building and tried to open the door when he was attacked.  The radio report quoted him as saying he remembers nothing further.

According to other local press reports, Grachev’s “Solnechnogorsky Forum” was critical of local authorities and covered corruption cases in the region. Several local government officials and businessmen were charged with corruption in 2007 in the wake of his newspaper’s reports, the independent news website Gazeta.ru reported.

The paper has also been covering the upcoming March municipal and mayoral election, including the campaigns of candidates running in opposition to Kremlin policies – a point of view that is virtually untouched by most major Russian media outlets.

Chernov’s briefcase, which contained material on the upcoming elections for the February 10th issue of Solnechnogorsky Forum went missing from the attack scene. No other possessions were taken, Gazeta.ru reported.

Yevgeny, Guildeyev, a spokesman for the local police in the region where Chernov was attacked said no judicial investigation had yet been opened into the case, but said that police were “not ruling out any possibilities” – though his words indicated that a serious investigation was not likely.

“The journalist could have stumbled or fallen and done himself the injuries found by the doctors,” he said, according to Reporters Without Borders.

In a speech to the United Nations Human Rights Council, where Russia has often been singled out for attacks on members of the media, Russian Justice Minister Alexander Konovalov said,” murders of journalists and human rights activists in Russia are not linked to their work and should be considered as straight forward criminal cases,” according to Reporters Without Borders.

An interview with Russian Interior Minister spokesman Valery Gribakin which was posted on the Ministry’s website echoed these tepid sentiments.

“Most murders of journalists in recent years are not linked to their work,” said Gribakin as quoted on the website.

“When murder victims turn out to work for the media, their colleagues rush to the conclusion that their work is the main reason for their death. But, more often, they are sex cases,” he said.

He would not elaborate when contacted by Bellona Web for further comment.

Only last week, Russian President Medvedyev visited Dmitry Medveyev, editor of Novaya Gazeta, the country’s most fiercely independent and crusading newspaper, to bear his condolences for the death of one of the paper’s reporters, 25-year-old Anistasiya Baburova.

Baburova had been gunned down in a broad daylight attack in downtown Moscow on January 16th while leaving a press conference with Russian human rights lawyer Stanislav Markelov, 34, who has led many cases against the Russian government for its policies against civilians in the war-torn breakaway republic of Chechnya.

The purposes of Medveyev’s visit to Novaya Gazeta caused debate among human rights activists as to whether he was breaking with his predecessor Vladimir Putin’s antipathy for the press or if the visit was just an opportunity for good PR.

Medvedyev waited 10 days to break silence about the brazen downtown shootings of Baburova and Markelov, who also periodically wrote for Novaya Gazeta. Over the last eight years, four Novaya Gazeta reporters have died under suspicious circumstances – the most well known of which was the 2006 murder of Anna Politkovskaya, a crusading reporter who broke story after story of genocidal abuse against Chechen civilians by the Russian army.

The violence against Russian reporters in general has seen an alarming spike since November.

In December, at least one unidentified assailant shot in the head and wounded Shafig Amrakhov, 51, editor of the Murmansk-based online regional news agency RIA. He died after a week in the hospital. Earlier the same month, two unidentified assailants attacked and beat Zhanna Akbasheva, a local correspondent for the independent news agency Regnum, in the North Caucasus republic  of Karachai-Cherkessiya.

On November 13th, Mikhail Beketov, editor of the authority-rankling Khimskaya Pravda, was beaten nearly to death in the Moscow suburb of Khimki. His paper wrote exposés on corruption and campaigned on environmental issues.

Beketov’s supporters say he made enemies by campaigning against a plan to build a toll highway between Moscow and St Petersburg through a forest on the outskirts of Khimki.

Beketov remains hosptialised, and no culprits have been detained in this or any of the other attacks.

Calls to the Kremlin press office by Bellona Web indicated that no official statement would be forthcoming “anytime soon” about the beating of Chernov.