British authorities have again asked Russia to extradite the man they suspect of using radioactive material to kill former KGB agent Alexander Litvinenko who resided in London following an apparent poisoning attempt against Russia’s leading human rights lawyer, Karina Moskalenko – whose career has earned her a place among the Kremlin’s most wanted.

Published on October 16, 2008 by Charles Digges 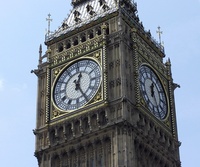 The exiled Litvinenko died in 2006 after being poisoned with polonium 210, a radioactive substance found only in Russia – and event – which constituted the world’s first radioactive assassination.

Moskalenko had counted Litvinenko – including dozens of other Kremlin rankling critics of the administration of Vladimir Putin – amongst her client list. She has also won 30 cases against the Russian government in the European Court of Human Rights in Strasbourg, France, where the apparent attempted poisoning took place.

Moskalenko also has another 100 cases against the Russia government under review with the European court. Russian prosecutors have turned to the Moscow Bar Association with pleas to disbar her. She lives much of the time in Strasbourg with her husband and three children.

Moskalenko characterised the apparent mercury-poisoning attempt against her in interviews as a warning – but from whom, she could not say.

“Somebody put it (the mercury) there, but I don’t know who could have done it or what aims they were pursuing,” Moskalenko said on Thursday.

As pointed out in interviews yesterday with Sergei Sokolov, the editor of Russia’s most fiercely independent newspaper, Novaya Gazeta, Moskalenko has many enemies in the echelons of Russian power.

The United Kingdom last year filed charges against Russian Duma Deputy and former KGB operative Andrei Lugovoi. Russian prosecutors say that London has not yet made the case for extradition, but a British envoy today rejected that argument, the Associated Press reported.

“On Mr. Lugovoi, we have provided already significant evidence to the Russian authorities in the case sufficient for his extradition to the U.K,” said new British Ambassador to Russia Anne Pringle.

Moskalenko leveled accusations yesterday in the Russian press and on Ekho Moskvy Radio that large quantities of mercury had been found in her car in an apparent attempt to poison her.

Aside from having represented Litvinenko prior to his death, Moskalenko represents Russian oil tycoon Mikhail Khodorkovksy, chess champion and anti-Kremlin dissident Garry Kasparov, and the relatives of Russia’s crusading journalist Anna Politkovskaya, who was gunned down in the lobby of her Moscow apartment building in 2006. 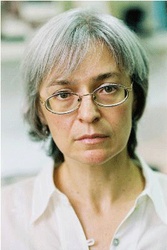 One such case is that of former Yukos chief Khodorkovsky, who is currently serving a prison sentence for fraud and tax evasion. Many human rights activists, as well as Khodorkovsky himself, believe he was the victim of a trumped up case, as the popular Khodorkovksy had publicly expressed vague wishes to pursue the Russian presidency while Vladimir Putin was in power.

Khodorkovsky is due with several days for a parole review, at which Moskalenko was expected to represent him.

Laboratory testing indicated that mercury balls collected from the car were not capable of killing or injuring the vehicle’s occupants, according to a police official in Strasbourg, France.

However, the material might have become less potent before it underwent analysis as it is suspected that it had spent several days in Moskalenko’s vehicle before discovery, police officials confirmed.

“Thank God we are still alive,” she said Thursday.

Lugovoi, whose refused extradition by Moscow has caused a rift in diplomatic relations between Russia and the U.K. Lugovoi currently serves as a Duma Deputy in Vladimir Zhirinovsky’s notorious and ironically named Liberal Democratic Party of Russia (LDPR), known for issuing harsh nationalist rhetoric. As a Duma deputy, Lugovoi is immune from prosecution.

Yet, for all Zhirinovksy’s antic bigotry and anti-Kremlin pronouncements, the party itself has consistenly marched lock-step to support Kremlin-initiated legislation.

Several independent investigations have confirmed that the only requirement for membership in the Duma party is a substantial membership fee. Many LDPR members have been the subject of criminal investigations that have stalled due to the immunity clause for Duma members.