A case initiated by immigration authorities in Northwest Russia against Norwegian and Finnish participants in an environmental protest camp in held in August was resolved in favor of the foreign activists when their challenge to visa violations filed against them was upheld by a Murmansk court.

Published on October 8, 2008 by Charles Digges

The six Norwegians and one Finn had been interrogated in the middle of the night by Russian immigration police in the Murmansk Region, and fined 2,000 roubles  ($97 at he time the fine was levied). According to officials, deportation would have followed, and they would never have been allowed to return to Russia.

But the environmental camp held by the local environmental organisation Nature and Youth ended the next day, so it is unclear if official deportation would have been carried out. But they still faced never being able to return to Russia, said their lawyer, Nina Popravko of Bellona’s Environment and Rights Centre in St. Petersburg.

The activists thus left the country under a cloud of charges that they had violated Russian visa laws that were levied against them by local immigration police chief Andrei Rybalko. The previous night, August 7th, he and his men had swooped on the camp and interrogated the foreign nationals throughout the night. 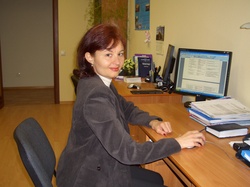 Wednesday’s court proceeding – the last in a series of three – found that the immigration police had exceeded their authority, as only courts have the right to make decisions on deportation, Popravko said in a telephone interview from St. Petersburg.

The aggressiveness with which Russian authorities dealt with the foreign nationals was unprecedented in the history of the annual Nature and Youth camp held near the city of Apatity, and became a source of immediate outrage among Bellona and other foreign rights and environmental groups with dealings in Russia.

Activists vow to continue fight
But the nuclear secretary for Norway’s Nature og Ungdom (Nature and Youth), Ragnhild Gjaerum who was among those interrogated by Rybalko’s officers, said the Murmansk Court decision should embolden others against Russian officialdom.

“We think it is very important that we showed the Russians that we knew what they did was wrong and that they can’t scare us that way,” she said in a telephone interview.

“We showed them we would not accept this and that we will continue to fight.”

Gjaerum said that during the late night raid “they took us to scare us out of participating in such camps and protests, but it didn’t work.”

“It is very fortunate from a democratic perspective that we were able to establish the right to assembly and the right to protest, rights that have been eroding in the new Russia,” she said.

Propravko was also happy with the decision.

“The ruling of the immigration service was annulled on he basis that it is not within their authority to make such rulings, and the administrative proceedings in the case have been closed,” she said in an interview from St. Petersburg.

“We are satisfied that the court took our complaint into account and came forth with a legal and reasonable decision,” she said.

A case to embolden others
Indeed, said Jørgensen, one of the most remarkable facts surrounding the case is that Russian officialdom took account of it at all.

“We are happy that we won, but it’s depressing that this would have happened at all,” she said.

“The most important long term effect of this decision is that some institutions in Russia think they can do anything, and we proved otherwise,” she said.

“There are countless cases like this standing against ordinary Russians who feel like they can’t do anything against the officials in uniform, but we have hopefully shown them they can,” Jørgensen said.

The hearings themselves took place over a series of days, beginning on September 26th, September 29th, with the final complaint against the procedures of the immigration police being approved by the court on Wednesday. At each of the hearings, according to Popravko, some two to three activists were found to be innocent of the charges.

Wednesday’s final hearing was pivotal in that it cleared all the activists.

Rights violations
Propravko enumerated the fundamental rights that were violated by the immigration services when they interrogated the foreign participants in the environmental camp.

First, she said, they were not interrogated in their native languages, and none of them spoke Russia, according to the case files viewed by Popravko. By Russian law, each of those interrogated were accorded the right to be questioned through an interpreter, and this was denied them. They also had the right to have a lawyer present during questioning and this right was also ignorned.

Popravko also pointed out that the foreigners were also denied more global rights, which insure that foreigners on Russian soil are afforded the same rights given Russians by the constitution.

“In this manner, the ruling about administrative violations (committed by the foreign participants in the camp) are unlawful because it was make by a person who did not have the authority as indicated in the report of the incident,” said Popravko.

This year’s protest camp situated near the town of Apatity in the Khibin district – which the Russian government intends to cross with a gas pipeline from the Shtokman oil and gas condensate field in the Arctic White Sea – was convened on August 1st with the demand that the Khibin District be declared a national park.

The Shtokman project is becoming ever more environmentally dicey a proposition as Moscow ignores local protests, and the Russian government has announced it will enlist nuclear energy in powering the field’s development.

Government secrecy and the camps
But government tendencies in Russia allow less and less environmental protest – and ratchet up more secrecy – surrounding institutions that are considered “resources of strategic interest.”

Environmental camps such as the one held by Nature and Youth have been a fixture of peaceful protest throughout Russia since the early 1990s.

Visits and threats by immigration and other authorities, however, have become routine under the Putin administration, and participants are often subjected to harassment, threats of arrest, deportation and in some cases wild allegations of espionage.

But it is a recent development that participants in general, and foreigners specifically, would be charged with crime or administrative violation.

Jørgensen said that tactics of Russia authorities relative to the camps are becoming more arbitrary.

“The immigration service totally exceeded its authority,” she said.

“If government institutions can go around conducting this kind of harassment then it puts pressure on these camps and civil society in Russia in general.”