Nizhny Novgorod environmental organisation under siege by police and the FSB

Published on September 18, 2008 by Andrey Ozharovsky, translated by Charles Digges 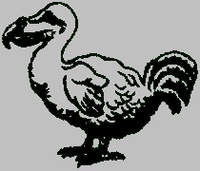 This is the newest salvo in the Russian security forces’ battle of pressure against environmental organizations.

According to Dront Staff, police from the economic crimes unit (OBEP in it’s Russian abbreviation) raided their Nizhny Novgorod offices around noon on Tuesday, September 16th.

“Many OBEP personal appeared in the office – the women were scared by such a flood of people in uniform,” a witness said in describing the raid.

The office is accused of under-reporting on its tax return. But experience would suggest that the real motives for the raid were not tax related, but rather because Dront is an extremely active organisation that is vociferous in its opposition to a gamut of environmentally dangerous projects, that are close to the heart of the local administration and its business cronies.

Askat Kayumov, Dront’s director is currently out of the country on business and could not be reached for comment.

Dront management – including the director, assistant director and bookkeeper – were not present when the search was carried out, which is a violation of Russian law. The organization’s support staff, who were present, were unable to provide OBEP officials with the information they sought, and they hand neither the keys to the organisation’s safe nor the passwords to its computers.

The police raid was led by one detective Neklyudev. Nizhny Novgorod’s deputy chief of police, major general Victor Tsiganov issued the search warrant for the raid.

Dront’s activities
The Dront environmental centre occupies a handful of rooms in an old building on Nizhny Novgorod’s central Rozhdestvenskaya Street, and is the most well-known and authoritative ecological organisation in the region.

It was founded during the perestroika years and has since operated as a serious and principled public sector civil society organisation. In the 1990s, Dront director Kayumov, served in the administration former Nizhny Novgorod governor and progressive politician Boris Nemtsov as environmental minister.

Dront actively participates in preserving rare and disappearing landscapes, working to create protected nature preserves. The centre’s biodiversity preservation laboratory was on this forefront of this activity. Three computers were confiscated from the laboratory in the OBEP raid.

Reason behind the raid
“The reason for the search were indicated as a check of our financial housekeeping activities, but in reality they are checking everything, said one of Dront’s staff in a telephone interview with Bellona Web while the raid was taking place.

Earlier, and officer with the regions anti-organised crime unit (OBOP in its Russia abbreviation) wrote a special letter accusing Dront of distributing extremist material on the Internet. Dront requested the details that led to this accusation but no proof was furnished. Further development of these accusations has not been forthcoming.

“The actions (of law enforcement bodies) clear smack of a made-to-order political character, as aside from the financial checks, they are checking everything related to the organisation’s activities,” said one witness to the raid, who requested anonymity. “Those who conducted the check clearly exceeded their authority. The search is being carried out in the absence of the organisation’s management – the director and deputy director, which is against the law.”

Is the search really related to tax evasion?
Sergei Shimvolos, who runs the Nizhny Novgorod Rights Centre , and also witnessed the raid, told Bellona Web about the details of the search and gave his legal evaluation of the security services relative to Dront.

Shimvolos’ office is located next to Dront’s, and he was in the middle of the day’s events. The authorities’ search was predicated on the suspicion of underpayment of taxes, specifically value added tax (VAT), and checks were to be conducted on the organisation’s accounting documents.

“It is very strange that the police decided to conduct the search document confiscation,” said Shimvolos. “Usually financial documents are simply requested for audits and reconciliations.”

No criminal or administrative case has been filed, and the police characterised their actions as an “inspection.”

The event could possibly be related to Dront’s protest activist, Shimvolos said.

Illegal search
“Management was not present – they are usually on business trips,” said Shimvolos. “The police should have waited, but they decided to conduct the search without (management), which is not allowed.” 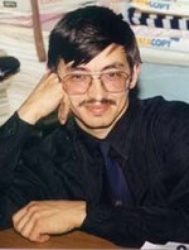 Indeed, point 25 article 11 of the Russian Federal law “On the Police” allows for the inspection of offices, the inspection and confiscation of “documents pertaining to organisations and citizens on the premises, and financial resources.” But the law is strictly established that these activities can only be carried out “in the presence of two attesting witness as well as representatives of a juridical entity.”

The attesting witnesses were on hand, but Dront’s official representatives were not. The law is clear in stating that document inspection and seizure is only to take place when not only employees, but representatives of a juridical entity, are on hand. Dront’s charter indicates that Kayumov represents the organisation. In his absence, the search is legally inadmissible.

Shimvolos said that the Nizhny Novgorod Rights Centre sent a letter to the chief of the Nizhny Novgorod police, one V. Bratanov, in which he underscored that OBEP officers violated the federal police law, as well as the regulations stipulated in article 182 of Russia’s federal criminal procedure law.

“It is not for nothing that the law stipulated the presence of management during a search. Without them, conducting an inspection is just inconvenient – employees simply don’t know where management keeps this or that document,” environmentalists interviewed about the raid said.

“They don’t have keys for all locations and filing cabinet drawers. But if the goal is not an inspection but, for example, pressure on an inconvenient organisation, then it is very convenient to conduct a search in management’s absence.”

“They look at everything that comes to hand – papers, computers. They threaten confiscations, they threaten to bust open the safe whose keys are with the managers. It’s pure tyranny,” he said.

Police got the keys to rooms from the owner of the property where Dront rents its office. Kayumov’s office was sealed off. The environmentalists are hoping the police will search at least one room legally and in the presence of the organisation’s management.

Telephones at Dront go unanswered
The search went on from noon until evening. Calls to Dront’s office by Bellona Web went unanswered as police presumably prevented employees from picking them up.

Bellona Web was later successful in reaching Dront employee Yelena Solyanova on her mobile phone. She said the search was ongoing, that OBEP officers were preparing to remove documents and were expressing interest in topographical maps in the office. The authorities interest in the maps is a foreboding sign – the Irkutsk-based organisation Baikal Environmental Wave got almost all of its computers confiscated in 2002 when it was accused of possessing maps whose topographic foundations were said to contain secret material.

Intimidation of environmentalists by the FSB
In November 2002, agents of the FSB – the KGB’s successor organisation –  conducted a search of Baikal Environmental Wave, which bears similarities to the work performed by Dront. The search concluded with the confiscation of computers.

The official reason for the search was that the organisation had concluded a contract with the Sosnovgeos company to chart the location of radioactive contamination in water and soil surrounding the Angarsk Electrolysis and Chemical Combine. Authorities brought criminal charges based on article 283 of the Russian criminal code against the organisation, charging it with “disseminating state secrets.” All of the charges were later dropped and the organisation’s computers returned.

But the search and document seizure at Baikal Environmental Wave was conducted in the presence of management and within the framework of an already existing criminal investigation.

FSB on the case
The further actions of the Nizhny Novgorod police went according to the Baikal Environmental Wave scenario. The OBEP agents, discovering Xerox copies of topographical maps in Dront’s biodiversity preservation laboratory, began asking questions. Instead of confiscating the maps and sending them for expert review, OBEP rang the FSB.

According to the environmentalists, the whole scene bore comparison to calling a plumber, who, upon noticing a gas stove, called the city gas service. The surprising familiarity of the police economists with issues of topography is suspicious and points to the conclusion that the raid on Dront was a put-up job.

‘Your maps are secret’
“The FSB arrived within 20 minutes after the police called them,” said one witness, who requested anonymity.

Senior FSB Leiutenant Andrei Lebedev directed the search ad seizure, and his date are shown in his confiscation record. FSB officials brought with them two people in civilian dress and consulted with them about the confiscated maps. As a result, in six hours of work, financial documents, topographical maps, and three computers were confiscated.

“They put everything I black bags and left,” Solyanova told Bellona Web.  “When we asked when they would return all the documents and equipment, they said ‘we’ll call you.”

Who is bothered by nesting policy for birds?
The biodiversity preservation laboratory prepares documentation for the preparation of special nature preserves. It is impossible to do this work without maps.

The laboratory recently participated in creating the “Reborn Poveluzhe” nature park, the first in the region of the Vetluga River basin.

“Certifying new nature preserves is one of the main focal areas of our work,” said Solyanova. “Now that work has stopped.”

“We do a lot of work, for example, such as nesting policy for rare water foul. Nothing illegal, purely scientific natural preservation work,” she added.

‘We think this is an bull-dozing’
On Wednesday morning, September 17th, FSB agents were still on their search and confiscate mission at Dront.

“We will be stopping your work for a long time,” one witness reported one of the agents as saying.

“It seems to us that this is a bull-dozing,” said almost all of Dront’s employees in interviews. “However no announcements in the name of the ecological centre have yet been made.”

Dront director Kayumov returns from an overseas business trip on September 24th. All that remains until then is to watch events unravel.