ST. PETERSBURG – Despite the European Bank of Reconstruction and Development’s (EBRD’s) history of openness and transparency regarding investment projects it undertakes in Russia, a recent meeting between Russian ecologists and bank representatives revealed cracks in that trust.

Published on March 3, 2008 by Vera Ponomareva, translated by Charles Digges 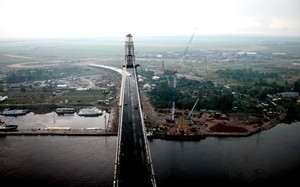 The EBRD is, in the view of Russian ecologists, often the most reliable institution in terms of its transparent standards and thorough and frank evaluations of the country’s ecological situation. But at the February 27th meeting, gathered Russian ecologists said they had encountered some insufficiencies in EBRD policy.

The EBRD’s ecological standards are expressed in terms of the demands it places on financing projects. The standards concern not only ecological protection and rehabilitation, but the observation of worker and property rights among others.

“Aside from Russian legislation, we require our clients observe the directives of the European Union, international conventions, as well as the standards of the International Finance Corporation and the World Bank,” said Dariusz Prasek, head of operational support in the EBRD’s Environment Department at the February meeting.

According to Prasek, the bank influences its clients by including elements in credit agreements that include not only that environmental impact studies be conducted and projects discussed with the public, but also monitoring of projects progress in the form of reports from the client, specialist visits by the EBRD to work sites and independent audits. 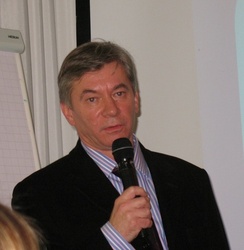 Long before any project is approved, the EBRD gives a preliminary assessment and conducts meetings with concerned members of the public to identify problems with a given project.

Anyone who wishes has the right to add their comment to project documentation within 60 to 120 days following the publication of a project’s description on the EBRD web site. During this interim period is when meetings with the public occur. Summaries of public discussions are provided to the EBRD’s board of directors before a final decision to finance is made.

“These consultations with the bank are almost our only hope of being heard. After abolishment of environmental impact assessments and public hearings in 2007, we have practically no way of influencing the situation,” said Tatyana Skrodenis of the Save Yuntolovo environmental group, which for more than a year has been participating in preliminary consultations on another road project call the Western High Speed Diameter in St. Petersburg.

Review of ecological policy
The bank’s current ecological policies, which were adopted in 2003, are undergoing a review due to the increasing standards in the environmental sphere. The public information policy is also under review. The draft environmental policy have increased in size by three times and represents much more detailed document than the existing one. The draft policy includes the standards set by the bank relative to the environment, the rights of indigenous peoples, labor relations, potential resettlement of local populations, among other things.

“The board of directors will approve the new policy in May. We plan to put it into force by the end of the year,” said Prasek at the February meeting.

Both public information policy and the revisions in the bank’s environmental policy are currently on display on the EBRD’s web site, and anyone can review them and make comments. In March and April, public hearings will take place in Moscow, Budapest, Belgrade, Tbilisi, Bishkek and London, and the bank encourages individuals and social organisations to participate.

Problems with Russian projects
The amount of credits the EBRD supplies to Russia is constantly on the rise. Over the past year, the EBRD has more than doubled its investments in the Russian economy, pumping in $3.5 billion. The bank says that by 2010 it plans to give Russia businesses and industries more than $2.1 billion – some 41 percent of the general sum of available credits. The bank is principally investing in transport and municipal infrastructure as well as Russia’s energy sector.

St. Petersburg is one of the focal points for much of this projected boom. The EBRD is here alone assessing financing such colossal projects as the Western Speedway Diameter, the Orlovsky Tunnel and the Underground Expressway.

Environmentalists present at the February meeting said that it will be difficult for the bank to observe standards because of the high number of violations that occur during the realisation of projects in Russia.

“We have recently carried out analyses at the request of the public of several construction projects, and a very unfavourable situation has been drawn as a result,” ECOM’s Alexei Smironov said at the meeting.

“The majority of the projects don’t meet Russian natural preservation legislation norms. Moreover, even the demands that are laid out in the projects are 90 percent of the time left unfulfilled.”

EBRD Principal Environment Advisor Venermo said these problems would be solved with the help of project analysis and monitoring of the projects while they are underway. “I can cite a positive example from the St. Petersburg Flood Protection Barrier (which the EBRD helped finance). A specialist from the bank visited the site every month and followed the project’s progress,” Venermo said.

Unfortunately, said ECOM’s project coordinator Dmitry Afinogenov, no company no matter how large can control how each project is carried out.

“To say that the bank controls the fulfillment of all projects is at the very least arrogant,” Afinogenov said.

The EBRD’s biggest failure in Russia was the Sakhalin 2 project. The bank was unable to guarantee the appropriate level of compliance with stipulated norms for pipe laying work by Sakhalin Energy. Several independent organisations, and, later, Russia’s natural resource oversight body, verified numerous violations. The bank thus had to refuse financing the project.

Things are more complicated when the EBRD is financing a project that is already at the stage of being realised, when its parameters cannot be altered.

“Sometimes a developer turns to the bank with a project when its development is already complete. In such a situation a ‘gap analysis’ is conducted, which must determine to what degree a project meets Russian and European standards,” said Prasek.

In February, the EBRD completed an analysis of the Western Speedway Diameter, however non-governmental organisations have not yet been able to see the conclusions. Saying that their refusal to provide the documents because they are for internal purposes, bank officials agreed to verbally summarise their findings.

This is not satisfactory for environmentalists involved in the project.

“We think that the gap analysis should be an open document because it contains socially significant information,” said Save Yuntolovo’s Skrodenis. “Gaps in carrying out an environmental impact study and public hearings cannot be secret.”

Save Yutolovo intends to fight for the EBRD documents on the road project to be made public.

Vera Ponomereva is a member of the St. Petersburg-based Save Yuntolovo and a reporter for Bellona Web.