Three months have passed since the tragic assault on environmentalists’ anti-nuclear camp rally near Angarsk, which resulted in severe injuries for many and death of one activist. These three months have yielded no answers for the public demanding to know who masterminded the attack – neo-Nazis, law enforcement, the nuclear industry, or local authorities. Not least, these three months have but added to the controversy of Russia’s expanded nuclear projects in Angarsk – the same plans that the activists were standing against.

Published on November 8, 2007 by Victoria Kopeikina, translated by Maria Kaminskaya 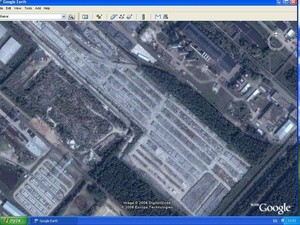 ‘Who is to blame?’ is still a rhetorical question
The July slaughter of an activist in the anti-nuclear camp organised by environmentalists near the South-Eastern Siberian town of Angarsk sent waves of dismay throughout the Russian public. The investigation into the attack on the camp, however, is spinning its wheels. No serious charges have as yet been brought against any of the suspects and investigators are hard-pressed to prove that all detained in relation to the case did in fact participate in the beatings.

Only one of the suspects has been charged with intentionally inflicting severe bodily injuries – Russian criminal practice’s code for assault and battery committed with premeditation. Yet, investigators have established no motive for the attack.

According to a ruling by the Irkutsk regional court, which has jurisdiction over the case, police still have the custody of Pavel Rikhvanov – a suspect deemed unlikely by many in the environmental community as he is the son of a co-chair of Baikal Ecological Wave, a local ecological organisation voicing steadfast opposition to nuclear projects planned in the region.

Rikhvanov’s attorney Vladimir Yefremov says none of the attackers or their victims have identified his client as a participant in the assault on the environmentalists – nor, for that matter, in the ravaging that was taking place simultaneously with the beatings.

Yefremov told Bellona Web a complaint will be filed with the European Court of Human Rights on behalf of Rikhvanov. In Yefremov’s opinion, the police’s actions constitute a violation of the European Convention on Human Rights as investigators “have provided no evidence to substantiate the call to keep Pavel in custody” and the single – and founded on no proof whatsoever – charge against him has remained a “disorderly conduct” phrasing from the Russian Criminal Code.

The only fact established by the police so far is that Rikhvanov was among the attackers. It remains a mystery whether his participation was an odd happenstance or the outcome of a carefully planned provocation intended to discredit environmentalists.

Sources close to the investigation say that some of the suspects detained by the police mentioned certain people associated with the Angarsk Chemical Electrolysis Combine who they said were masterminds of the assault. Initially, a different version of the events was also under consideration, which had it that neo-Nazis had attacked the camp as some of the activists in the rally were participants of the Russian antifascist movement. As the victims’ attorney, Ramid Akhmetaliyev, said at a Moscow press conference in late September, there are also facts suggesting that police officers were complicit in the attack.

Meanwhile, tensions are mounting over the very root of the tragedy, the reason why the ill-fated camp rally was organised in the first place: the atomic authorities’ envisioned upgrades of the electrolysis plant’s capacities and development of new nuclear projects on its premises.

The uranium crisis
In the spring of 2006, Russian president Vladimir Putin said Russia was creating the world’s first international uranium enrichment centre. For that purpose, tonnes of foreign-supplied uranium would be imported into the country to be enriched at the centre on order from foreign customers. A later decision pegged the Angarsk electrolysis combine as the future location of enrichment works. According to plans made public by the Russian top nuclear authority, Rosatom, only 10 percent of the imported uranium-bearing source material would be returned to the supplier, while the waste generated during the enrichment process – the depleted uranium hexafluoride, or so-called uranium tails – will remain indefinitely in storage in the Irkutsk region. As environmentalists point out, this amounts to 7 tonnes of uranium hexafluoride out of each 8 tonnes of uranium supplies.

Russian ecologists are strictly opposed to the import of uranium-containing materials into the country. Rosatom, however, deems depleted uranium hexafluoride tails a valuable staple that not only must Russia not dispose of, but on the contrary, it should have it imported from other countries.

France has developed a technology allowing transforming uranium hexafluoride into a safer type of material – uranium oxide. However, as the Angarsk combine’s director for informational policy Alexander Teterin indicated at a press conference last summer, the Siberian plant will be using a different technology: converting uranium hexafluoride into uranium tetrafluoride. This will be a first time in the history of the atomic industry that such a method will be applied in the uranium enrichment process.

In and of itself, this method will not solve the problem, but only reduce the spending required, say environmentalists from Baikal Ecological Wave.

“Most likely, the industry people want to introduce this technology because otherwise, their projects will simply fail to pay off economically,” Baikal Ecological Wave’s co-chair Marina Rikhvanova said.

According to Rosatom head Sergei Kiriyenko, the Russian technology cuts the cost of uranium hexafluoride reprocessing at least by half, driving it down to RUR 14 ($0.55) per one kilogram as opposed to RUR 30 required by the method developed by the French. In preliminary estimates, the industrial introduction of the new reprocessing technology at the Angarsk facility will start in 2011 or 2012.

How the uranium hexafluoride pulled a Houdini in Angarsk
On October, 26, the Angarsk facility gave a tour to Russia’s first deputy prime minister Sergei Ivanov, on a visit to the Irkutsk region.

“So unfortunate for Mr. Ivanov during his visit to Angarsk, he happened to experience some trouble affecting his vision. One would hope this is not to last. In any case, while the deputy prime minister was looking straight at the decades-long stockpile of uranium hexafluoride, he told journalists with that hand-on-his-heart, honest-to-goodness face, that ‘there is no waste nor any tails at the combine,’” the popular Irkutsk-based website Babr.ru-Siberia commented on the event.

“The Angarsk combine has a special trench-type storage facility for radioactive waste, for which it received a licence a while back, but it is never shown to anyone. Besides, depleted uranium hexafluoride is not considered waste in Russia – as opposed to, for example, the United States,” Rikhvanova told Bellona Web, offering an explanation of Ivanov’s blooper.

Meanwhile, the public is being distracted from the main problem – the potential consequences of storing depleted uranium hexafluoride in Russia – with tales of three projects in Rosatom’s development, all of which are purportedly different.

These three projects are the International Uranium Enrichment Centre, the Uranium Enrichment Centre project developed jointly with Kazakhstan, and upgrading the capacities of the Angarsk plant. None of that has any bearing on the gist of the matter, and what matters is that uranium will be imported, enriched or further enriched, and waste will be piling up in storage.

“Overall capacity [of the enrichment projects] will increase four-fold and consequently, the amount of waste generated will grow manyfold as well,” Rikhvanova warns.

‘Tails from the Crypt’
The Angarsk Chemical Electrolysis Combine has been in operation since 1954. It reprocesses uranium-containing concentrate into uranium hexafluoride, which then is enriched and put to various uses in the atomic industry. Containers filled with depleted uranium hexafluoride left-overs are stored for prolonged periods of time on the territory of the combine. Information about how many they are and what condition they are in is kept secret from the public.

Kiriyenko’s explanation of this is as follows: “Unfortunately, I cannot give the number of containers that store the [uranium] hexafluoride… because, unfortunately, the legislation currently in force says it is state secret.”

“We have suggested concluding agreements with the [Irkutsk regional] governor by which we will be presenting the region’s administration with all open-access information on the issues related to safety,” Kiriyenko said at a meeting with representatives of the local public on June 22, 2007.

The public, however, remain unconvinced and keep demanding that authorities organise public hearings on the safety of Rosatom’s projects in the area. Local residents are sending petitions to Angarsk’s mayor and the governor of the Irkutsk region, but have yet to see a concrete decision on the issue. A simple question is on everyone’s minds: Can the plant guarantee their safety in case of an accident?

“The combine’s management are certain that if an accident is at all possible then it will only be of a local scale. Because of that, the [plant] does not even have a sanitary protective zone or a control area outside the plant’s perimeter,” Rikhvanova told Bellona Web.

Russia’s Federal Medical and Biological Agency, which is responsible for providing sanitary and epidemiological safety for workers employed at industrial sites with hazardous work conditions or for populations of potentially affected territories, classifies the Angarsk electrolysis plant as a Category III site on a scale of potential radiation risks. In other words, the spread of hazardous radiation impact in case of an accident at the plant should, according to this authority, be confined to the territory of the plant.

However, as it turned out at Kiriyenko’s meeting with local residents in June, the combine has no plan developed for responding to a large-scale accident, the likelihood of which is growing continuously as the plant increases the amount of uranium stored on its premises. The Rosatom chief promised to charge his agency with assessing the potential risks of uranium storage and coming up with an adequate plan of response.

Uranium hexafluoride is a highly toxic radioactive substance. According to environmentalists, if it escapes a container it is stored in through loss of sealing, deaths can occur as a result as far as 32 kilometres away. For the Angarsk facility, that spells loss of civilian life in Angarsk and nearby Irkutsk. Furthermore, Angarsk is part of a specially protected territory around the world-famous Lake Baikal – the Russian government identifies this designated perimeter as an “ecological area of atmospheric impact” ¬– and an accident can cause irrevocable damage to this world natural heritage site.

The Chernobyl disaster and the accidents at the nuclear reprocessing plant Mayak near the Urals town of Ozersk – now, the world’s most polluted place – have amply demonstrated how a technology deemed reliable in theory may turn out to be a death knell for generations, maintain environmentalists as they are pushing on with their protest campaign. For no lack of clarity, they dubbed it “No to Chernobyl at Baikal!”