The well-known environmentalist Andrei Zatoka, a Russian citizen and co-chairman of the Socio-Ecological Union, Russian biggest NGO, was detained and held in custody in Turkmenistan for over one month.

Published on January 23, 2007 by Vera Ponomareva 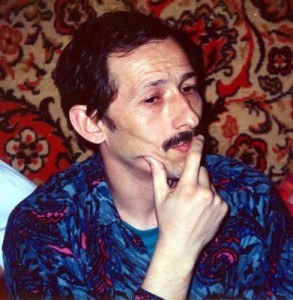 The well-known environmentalist Andrei Zatoka, a Russian citizen and co-chairman of the Socio-Ecological Union, was detained in Turkmenistan on December 17th 2006.

Andrei Zatoka has been one of the leading figures in the environmental-protection movement in post-Soviet region, and has accomplished a lot for environmental conservation in Turkmenistan. From 1982 through 1992, he worked at the Kaplankyr State Park. He is the founder and co-chairman of the Dashhowuz Environmental Club.

Zatoka was detained without charge at the airport in the city of Dashhowuz. He was planning to fly to Ashgabat and later to Moscow for a conference of Socio-Ecological Union.

According to information received from civic organizations, Zatoka is currently being held at a pre-trial detention center in Dashhowuz, and has not even had the possibility to contact the Russian Embassy in Turkmenistan. A long time passed before any charges were laid against Zatoka. Only on January 5th, following a search of his apartment, was it announced that he was facing two charges under Turkmenistan’s Criminal Code: illegal possession of poisonous substances and illegal possession of a weapon. A conviction for these crimes could result in a prison sentence of up to three and five years, respectively.

Zatoka’s colleagues are certain that he was detained for his environmental activities, and that the charges of possessing a weapon and poisonous substances are completely unfounded. As a herpetologist, Zatoka could legally possess poisons taken from the animals he was studying, as well as a small air gun.

Some 280 civic organizations in Russia, Ukraine, Kazakhstan, Moldova, Armenia, Azerbaijan, and Kyrgyzstan have expressed concern for Zatoka’s life and health and have launched a determined protest against his detention. They are calling for his immediate release, as well as a comprehensive, official and international investigation into his case.

These organizations have announced that they will carry out a campaign until Zatoka’s release, during which they will send a daily appeal to state agencies in Turkmenistan, the United Nations Human Rights Commission, and other organizations. The full text of their appeal, including signatures, can be found on the websites of Green Russia and Civic Congress.

Amnesty International and Human Rights Watch are also calling for the immediate release of Zatoka.

In response to requests from environmentalists, Russia’s foreign minister has already sent two requests to Ashgabat concerning Zatoka’s detention, but so far no official response has been received.

Zatoka’s arrest is yet another example of the Turkmen authorities putting pressure on representatives of civil society, including on environmental organizations.

One of Zatoka’s colleagues and co-chairman of the Dashhowuz Environmental Club, Farid Tukhbatullin, was detained in Turkmenistan in 2002 on political grounds.

During interrogations, the authorities let Tukhbatullin know that the real reason for his detention was his participation in a conference called “Problems of Security and Human Rights in Turkmenistan,” which was organized by the Russian organization Memorial in November 2002 near Moscow.

As a result of international pressure, Tukhbatullin was released and now heads a rights group dealing with emigration issues.