Andrei Zatoka, a Russian citizen and co-chairman of the Socio-Ecological Union, Russia’s biggest environmental NGO, was released in Turkmenistan today, after a month and a half of confinement. 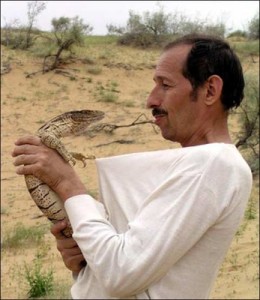 Court session in Dashoguz in Turkmenistan released environmentalist Anrei Zatoka, who was arrested on December 17, 2006.

Zatoka is sentenced to three years probation, and released by the court.

The court session was to be held tomorrow, on February, 1, but due to some unknown reasons its date was changed. So far, Bellona web has no further information regarding whether Zatoka or his lawyer are going to appeal the court decision.

Andrei Zatoka has been one of the leading figures in the environmental-protection movement in post-Soviet region, and has accomplished a lot for environmental conservation in Turkmenistan. From 1982 through 1992, he worked at the Kaplankyr State Park. He is the founder and co-chairman of the Dashhoguz Environmental Club.

Only on January 5th, following a search of his apartment, was it announced that he would face two charges under Turkmenistan’s Criminal Code: illegal possession of poisonous substances and illegal possession of a weapon. A conviction for these crimes could result in a prison sentence of up to three and five years, respectively.

Zatoka’s colleagues are certain that he was detained for his environmental activities, and that the charges of possessing a weapon and poisonous substances are completely fraudulent. As a herpetologist, Zatoka could legally possess poisons taken from the animals he was studying, as well as a small air gun.