Germany and Norway have committed to a strategic partnership on climate protection, renewable energies and green industry. During German economy and climate minister Robert Habeck’s visit to the Scandinavian country yesterday, he and Norwegian ministers signed a Joint Declaration on the partnership and a Joint Statement on hydrogen. In addition, Habeck and Prime Minister Jonas Gahr Støre presented the points on which they want to work together in the coming years. The capture and permanent storage of CO2 (CCS) also plays an important role.

Published on January 6, 2023 by Bellona Europa 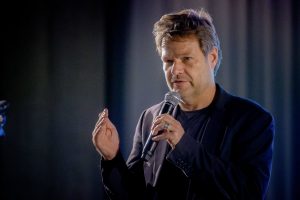 Germany and Norway have committed to a strategic partnership on climate protection, renewable energies and green industry. During German economy and climate minister Robert Habeck’s visit to the Scandinavian country, he and Norwegian ministers signed a Joint Declaration on the partnership and a Joint Statement on hydrogen. In addition, Habeck and Prime Minister Jonas Gahr Støre presented the points on which they want to work together in the coming years. The capture and permanent storage of CO2 (CCS) also plays an important role.

Bellona welcomes the intensification of cooperation for a climate-neutral energy and raw material supply. However, when it comes to hydrogen, we see some risks that could jeopardise the achievement of climate targets.

CCS – Germany paves the way for the use of the technology

“Better put CO2 into the ground than into the atmosphere.” With this statement, Habeck made it clear at the press conference that the government sees the technology as a relevant building block on the road to climate neutrality. Since the technology is proven and safe, and sometimes inevitable for example in industry like cement or lime, CCS is an unavoidable step towards climate neutrality. With this partnership, the road should be paved towards German CO2 being brought to Norway and stored there.

Bellona welcomes the German government’s cooperation and openness to CCS. The fact that at this point there is no credible 1.5 degrees scenario without the technology has seemingly landed with the German government. How Germany deals with the specific issue of CCS and what the legal framework will look like, should be clarified in the Carbon Management Strategy, for which a process has been set up in the first half of the year. Bellona Germany sees itself as responsible for accompanying this process and contributing with its expertise of over 20 years of work on the topic. The Federal Ministry of Economy and Climate (BMWK) must now not slacken its pace and determination to create the legal framework that is still missing.

One point that should also be examined in the carbon management strategy is storage in Germany itself – offshore in the North Sea or also on land. “It would be good for the government to make its own permanent geological storage possible,” says Dr Erika Bellmann, Managing Director of Bellona Germany. “This could ensure equitable access to all sites and strengthen the negotiating position vis-à-vis exporting countries like Norway.”

Green and blue hydrogen – but only where it makes sense

In addition to wind energy, Germany would also like to import hydrogen from Norway in the future. The infrastructure, a pipeline, is to be in place by 2030. This is to be built in a joint project of energy companies RWE and Equinor. Until green hydrogen is available in sufficient quantities, blue hydrogen produced from natural gas and decarbonised by CCS is to be imported. “Blue hydrogen can help reduce emissions faster,” Bellmann explains. “Especially for a climate-neutral industry, where hydrogen is used as a raw material and a chemical agent, it makes sense.”

However, the imported hydrogen is also to be used in energy production. At the joint press conference, Habeck spoke of “hydrogen-ready” gas-fired power plants that will run on hydrogen in the future. So far, “hydrogen-ready” is essentially an empty phrase and ultimately means that hydrogen is not available and the plants will be run on unabated fossil gas instead. This may also jeopardise the reaching of climate goals. “It would be more efficient and climate-friendly to purchase renewable electricity directly,” Bellmann notes. “This should also be more of a focus of the German-Norwegian partnership.”

However, a real innovation push for hydrogen technology, for example for hydrogen-based industrial plants – as also announced by both parties as a point of cooperation for a European green alliance – would be a very welcome step.

Overall, Bellona assesses the meeting and the clear commitment to work together on a climate-neutral future as very positive. The CCS partnership in particular is a goal we have been working towards for a long time. Now, the German government must also act nationally and secure the success of the bilateral cooperation. The agreements will only develop their full potential if electricity and hydrogen from Norway do not get stuck in northern Germany. Power lines and hydrogen pipelines must also be built within Germany. Likewise, CO2 transport must be made possible within Germany in order to make Norwegian storage capacities accessible to industrial sites located far from the coast.