A critical piece of US President Joe Biden’s climate agenda, which would replace coal- and gas-fired power plants with wind, solar and nuclear energy, will likely be dropped from his administration’s signature budget bill pending in Congress, the New York Times reported on Friday.

Published on October 19, 2021 by Charles Digges 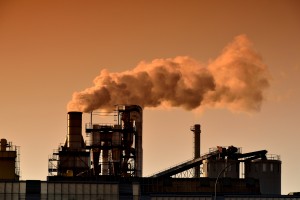 A critical piece of US President Joe Biden’s climate agenda, which would replace coal- and gas-fired power plants with wind, solar and nuclear energy, will likely be dropped from his administration’s signature budget bill pending in Congress, the New York Times reported on Friday.

The opposition comes from fossil fuel friendly, coal industry-funded senator Joe Manchin, a democrat from West Virginia whose vote is critical to the bill’s passage.

The climate legislation that Manchin wants cut in exchange for his vote is the Clean Energy Payment Program – a $150 billion program that would reward utilities that shut down their older coal and natural gas plants and switch to solar, wind or nuclear option. The initiative would also penalize utilities that fail to make the switch.

Without the program in the legislation, one of the biggest efforts the United States has ever made toward addressing its greenhouse emissions will be stripped out of it, leaving Biden largely empty-handed when he goes to crucial UN climate talks in Glasgow next month.

“This is absolutely the most important climate policy in the package,” one Senate Democrat adviser told the New York Times. “We fundamentally need it to meet our climate goals. That’s just the reality. And now we can’t. So this is pretty sad.”

Biden had hoped to point to the clean electricity program as evidence that the United States – which is historically the largest emitter of planet-warming pollution ­­­– was finally getting serious about changing course and leading a global effort to fight climate change. Biden has vowed that the United States will decarbonize its power grid and cut its emissions 50% from 2005 levels by 2030.

The rest of the world remains deeply wary of the country’s commitment to tackling global warming after four years in which former President Donald Trump openly mocked the science of climate change and enacted policies that encouraged more drilling and burning of fossil fuels.

Biden’s infrastructure and social spending bill, called the Build Back Better Act, is intended to be passed using the budget reconciliation process which will not require Republican support. However, with a slim majority in the House of Representatives and an evenly divided Senate, Democrats have little room to maneuver and losing votes from progressives could sink the bill.

As a moderate from a fairly red state, Manchin has pushed back on Biden’s agenda and, along with Arizona Senator Krysten Sinema, has held up Democratic efforts to get several massive pieces of Biden’s agenda through a nearly evenly-divided Congress. Manchin has said he wants an infrastructure bill of just $1.5 trillion – $2 trillion less than what his fellow Democrats have already largely settled on.

For weeks, Democratic leaders have vowed that the clean electricity program was a nonnegotiable part of the legislation. Progressive Democrats held rallies chanting “No climate, no deal!”

Biden had hoped that enactment of the legislation would clean up the electricity sector, which produces about a quarter of the country’s greenhouse gases. He wanted a program with impacts that would last well after he leaves office, regardless of who occupies the White House.

Still, Manchin’s opposition to the clean electricity program hardly comes as a surprise. Before joining the Senate, Manchin founded a coal brokerage firm, which he has handed over control of but still profits from. By one estimate he has earned about $45 million from the business since joining the Senate.

His home state of West Virginia is also the US’s second biggest coal producer, though the industry’s prominence has dimmed in recent years and now employs only about 14,000 people – less than the number working at fast food restaurants throughout the state.

Democratic presidents have tried but failed to enact climate change legislation since the Clinton administration. During a year of record and deadly droughts, wildfires, storms and floods that scientists say are worsened by climate change, Democrats had hoped to finally garner enough political support to enact a strong climate law, even as scientific reports say that the window is rapidly closing to avoid the most devastating impacts of a warming planet.