Note from New Orleans: During Hurricane Ida, the levees worked – for now

As the sun rose over New Orleans on Monday, the winds and the rain had finally stopped, and all was quiet but for the scrabble of debris underfoot as neighbors came together in the streets to assess the damage. 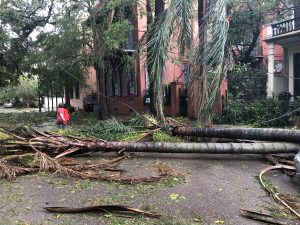 As the sun rose over New Orleans on Monday, the winds and the rain had finally stopped, and all was quiet but for the scrabble of debris underfoot as neighbors came together in the streets to assess the damage.

Hurricane Ida had roared through the city the night before – on the 16th anniversary of Hurricane Katrina, almost to the hour – toppling trees and peeling rooftops off buildings with winds so intense they reversed, for a time, the flow of the Mississippi River.

Ida formed over the course of a few quick days out in the Caribbean Sea, intensifying so rapidly above Gulf of Mexico’s warm waters that officials in New Orleans said they simply didn’t have time to order a citywide evacuation.

The storm came ashore with 240 kilometer-per-hour winds, entirely swallowing the towns of Port Fourchon and Grand Isle, before plodding slowly through New Orleans and on to the state’s capital, Baton Rouge, carving a nightmarish path northward.

As Louisiana’s governor, John Bel Edwards, put it: “Quite frankly, if you had to draw up the worst possible path for a hurricane in Louisiana, it would be something very, very close to what we’re seeing.”

Amid the tempest, a 60-meter high-tension tower carrying the city’s electric transmission lines tumbled into the river, leaving millions without power. Entergy, the city’s main utility, has told residents to brace for outages that could last weeks.

That’s unsettling news for a population whose air conditioners are a lifeline during the sweltering summer months.  By Tuesday, temperatures were already climbing to a humidity thickened 37C. The National Weather Service issued heat advisories from which there was no shelter either indoors or out.

Meanwhile, hospitals filled with covid patients – in a state that has experienced the highest national virus spikes – are operating on backup generators, and the sewage pumps have stopped working, prompting worries that the city’s clean water supply will run out.

Local TV stations estimate that half a million people have fled the city and its suburbs in the storm’s aftermath, leaving hundreds of thousands of others to rummage for food, electricity to charge phones, gas to fuel generators – and just any place to stay cool.

Still, as I gathered in the street with my neighbors in the French Quarter puzzling through a rubble of shingles, broken glass and fallen branches, there was an unspoken cause for celebration: For all of its portentous timing, Ida had at least not been Katrina. 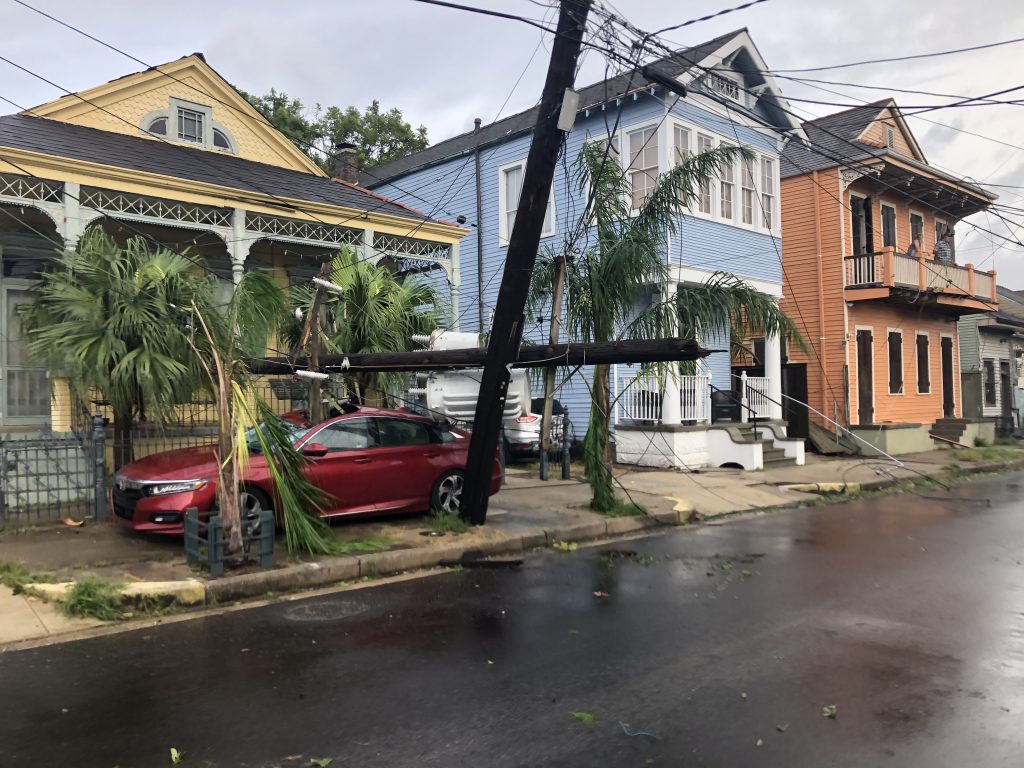 During that August 29, 2005 storm – the storm against which New Orleanians measure all others – 80 percent of the city flooded after levees along a manmade canal winding through the city’s eastern section failed. In the aftermath of the collapse, 1,800 people died, many of them drowning in their own homes.

Since then, the Army Corps of Engineers has plugged that canal and built the world’s largest pumping station, called the West Closure Complex, located south of the city. It also built a 3-kilometer-long wall, called the Lake Borgne Surge Barrier, to protect the city’s eastern flank. All together, more than $14 billion has been spent since Katrina to upgrade the city’s flood control system.

“We held the line, New Orleans,” the city’s mayor, Latoya Cantrell, said on Twitter. “The dollars invested into our levee system from state & federal partners were not in vain.”

But there’s a gritty flip side to the optimism. While the city may be better protected today, that protection has a very short shelf life.

Because of climate change, sea levels are rising, and the rate of rise is accelerating. That means that the danger of a hurricane-driven storm surge devastating the city is getting more acute.

Warming ocean temperatures are also making storms more intense. A 2020 study by the National Oceanic and Atmospheric Administration shows that hurricanes forming in the Atlantic are more likely to get powerful very quickly, developing into Category 3 or higher. Ida itself went from a Category 1 to a Category 4 in the space of a few hours on Saturday.

Hurricane Harvey in 2017, Hurricane Michael in 2018 and Hurricanes Laura and Zeta in 2020 all likewise intensified rapidly before they made landfall, leaving authorities little time to issue evacuation orders.

These worries are compounded by the fact that New Orleans – which was built largely on marshlands – is itself sinking. As the soils beneath its streets compact, and the city pumps water out, New Orleans is receding farther into a bowl abutted by a river on one side and Lake Ponchartrain – actually an estuary of the Gulf of Mexico – on the other. Much of the city is already well below sea level and plagued by floods even during normal summer showers.

But things are going even lower. A 2017 study by Tulane University showed that New Orleans is subsiding at a rate of 15 centimeters every 10 years when measured against the Gulf.

In 2019, after completing one of the biggest public works projects in history, the Army Corp of Engineers announced that their decade’s worth of levee upgrades will, in the face of rising seas, only protect the city until 2023.

The Corps proposed another $1.7 billion worth of upgrades only a few weeks before Ida. But as the local newspaper, Nola.com, remarked, the price tag “reflects the enormous public cost simply to maintain today’s level of risk reduction.”

That is to say that all more upgrades would do is keep us as vulnerable as we are now.

So how long can we keep raising levees just to keep them from sinking with the city? It’s a question my neighbors and I ponder without really asking it aloud. For now, we tally the damage, call insurance companies, lend each other the basics, and try to stay cool.