Joe Biden ran on the most ambitious environmental agenda of any president in US history, promising not only to roll back the damage done by his predecessor, but to bring a greater focus to fighting climate change than any administration before his.

Published on January 26, 2021 by Charles Digges 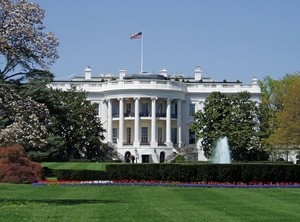 Joe Biden ran on the most ambitious environmental agenda of any president in US history, promising not only to roll back the damage done by his predecessor, but to bring a greater focus to fighting climate change than any administration before his.

He won’t be doing it alone. To reach his goal of net zero emissions by 2050, he’ll be relying on a Cabinet in which nearly every job will have some influence on climate policy – from the Department of the Interior to the Department of Transportation, each with an eye to reducing US greenhouse gas emissions and improve climate resilience.

Here’s a look at the most significant names and resumes Biden hopes will give his ambitious climate the muscle it needs:

On January 20, the day he was inaugurated, Biden returned the US to the Paris climate accord – which President Donald Trump abandoned. It will fall to John Kerry, who helped craft the agreement as Barack Obama’s secretary of state, to restore US credibility with foreign powers. Kerry will be installed in the newly created position of “special presidential envoy on climate change.”

Kerry is a good pick for this, as he is well known to foreign leaders and he’s credited with, among many other highlights, the international Kigali Amendment to phase out hydrofluorocarbon “super-pollutants.” Kerry will be the first person with a climate portfolio to sit on the National Security Council. Like Biden, he knows that the Paris Agreement is just a start.

He will be joined by Gina McCarthy, the former administrator of the EPA under Obama, who will head the office of White House Office of Domestic Climate Policy, another newly created post. Her responsibilities will be coordinating climate related policy across several government agencies and congress. Already she’s been praised by progressive climate activists like the Sunrise Movement – which helped draft America’s Green New Deal – and older centrists like Al Gore.

People Biden has named to key posts in other federal agencies are also experienced in addressing climate issues, like Brian Deese, who helped negotiate the Paris accord under Obama, and who will now head the National Economic Council.

Jennifer Granholm has been nominated to run the Energy Department, which is entrusted with finding breakthrough technologies. Before the Obama administration, this agency dealt primarily with nuclear matters: overseeing civilian atomic energy facilities, managing nuclear waste, and working with the military to safeguard the country’s nuclear weapons arsenal.

While the agency will continue with this role, under Granholm it will also expand to include developing battery technology for electric vehicles. A two-term governor from Michigan, Granholm has a good working relationship with automakers in Detroit and is a cheerleader for the Green New Deal and green jobs. In an op-ed she wrote for the Detroit News after the election, she touted clean energy as a better path forward for her state.

The nomination of Deb Haaland to head the Department of the Interior is Biden’s most universally praised move. As a member of the Laguna Pueblo tribe, Haaland would be the first Native American to serve as a Cabinet secretary. Her climate consciousness and close experiences with Indigenous tribes will make her strong leader of the department that oversees hundreds of millions of acres of public land as well as the Bureau of Indian Affairs. She’s an outspoken advocate for the Green New Deal, a proponent of keeping fossil fuels in the ground, and one of the main congressional champions of the “30×30” goal to conserve 30 percent of US lands and waters by 2030. Haaland would be the person who can make Biden’s campaign promise of no new fossil fuel permits on federal land into a reality. Republicans have already signaled a confirmation brawl over both her and Michael Regan, Biden’s nominee for the EPA.

As the former head of the North Carolina Department of Environmental Quality, which he oversaw for 17 years, Regan  has earned praise for overseeing “the largest coal-ash cleanup settlement in the country,” according to the New York Times, He also cracked down on chemical companies. While he’s garnered criticism for approving a water quality certification for the Atlantic Coast Pipeline, his national and state record demonstrate a willingness to tackle climate change, according to the Sierra Club and the Union for Concerned Scientists, two of America’s most influential environmental organizations.

Pete Buttigieg, a former mayor of South Bend, Indiana., who was among Mr. Biden’s challengers for the Democratic nomination, has been designated to lead a Transportation Department with an important role in developing climate-friendly mass transit. As noted in Slate magazine, Buttigieg isn’t the most qualified for this role, but he could make some good out of it. In his own presidential campaign, Buttigieg put climate front and center. During the campaign, he put forth ambitious climate proposals, and talked up his record of sustainable transit initiatives, including free electric vehicle charging stations, green firefighting headquarters, and safer streets

As a former Obama-era EPA lawyer, Brenda Mallory is a promising selection for the Council on Environmental Quality, which coordinates required environmental-impact analyses of new infrastructure projects, from major highway overhauls to energy efficiency of commercial and residential buildings. She helped advise the Biden team regarding government action on climate change and is well-versed on the environmental justice issues facing communities of color, from industrial pollutants to housing quality.

Tom Vilsack, who’s been nominated to head the Department of Agriculture, is perhaps the most disappointing of Biden’s picks. He served as agriculture secretary under Obama. Progressive critics point to the Monsanto-Bayer merger that happened on his watch, and the Sierra Club has warned he is too friendly with Big Agriculture. After his tenure, he went on to work an executive job for Big Dairy, where he has been criticized for favoring emissions belting agribusiness firms over small farmers. Numerous grassroots organizations are urging the Senate to reject Vilsack in the confirmation process. Though he is not officially part of Biden’s “climate team,” Vilsack’s position will no doubt play a major role in Biden’s climate policy.

Still, many US environmental groups are hopeful about Biden’s slate of nominees. Now if remains for the Senate – with its 50-50 Democrat to Republican split – to confirm them.