Finnish EU Council Presidency Agenda: How Will This Impact Climate Action and Sustainability ?

The Finnish Presidency agenda will be working to strengthen EU’s values and rule of law, establish a competitive and socially inclusive EU, become a global leader in climate action, and improve EU security all while keeping sustainability in mind. In this article, we will be taking a closer look at each of these agenda points and focusing on their role on sustainability and climate action. 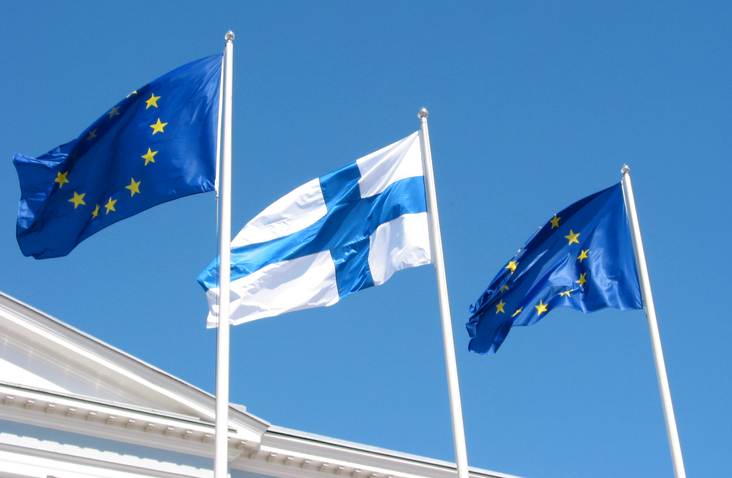 On June 30, 2019 the Romanian presidency of the EU Council was concluded.  According to Romania’s President Klaus Iohannis, the term went “better than expected” (i). The Presidency was able to finish some significant legislative files such as measures to strengthen the banking union, the decarbonisation of transport, the improvement of labour and social rights, and pushing Digital Europe.

On July 1, the reigns of the EU Council Presidency passed to Finland, which means a new set of priorities and legislation will be established. Finland has published its programme, titled “Sustainable Europe – Sustainable Future,” which announces what it will be working on during its 6-month term, and given its title it shows promise towards climate policy. Timing, however, is a bit difficult as the Finnish presidency will occur during the transition period for the new Parliament and Commission.

The Finnish Presidency agenda will be working to strengthen EU’s values and rule of law, establish a competitive and socially inclusive EU, become a global leader in climate action, and improve EU security all while keeping sustainability in mind. In this article, we will be taking a closer look at each of these agenda points and focusing on their role on sustainability and climate action.

Common Values and the Rule of Law

The first in the Finnish presidency programme includes strengthening of common values and rule of law within the EU. The long-term objective is to make the EU the most competitive, socially inclusive low-carbon economy. This requires a long-term strategy for sustainable and competitive growth that includes measures to improve the single market. To achieve this the new Presidency argues that the EU must establish a plan for a European economy that draws on sustainable development, to promote an active industrial policy, and to push change in the transport sector.

Regarding transport, the Finnish Presidency plans to develop the framework for promoting Mobility as a Service (MaaS), well-functioning transport networks and carbon-free transport. It will also focus on digitalization and automation, which will have a role in improving safety and efficiency, while also meeting climate goals.

The final point in this agenda looks to strengthen EU economy through sustainability by having the banking sector begin to finance investments needed in technological development and in actions that address climate change. An aspect they will investigate is Green Finance, that will support the surrounding sustainable climate policy measures. The EU Taxonomy Technical Report determines what can be considered ‘green’ and ‘sustainable’ and will outline what Green Finance will constitute of.

EU as a Global Leader in Climate Action

With the EU’s powerful global influence, it has the responsibility to promote and support climate action world-wide. The Finnish Presidency has listed a few challenges that the EU must address in order to achieve this role.

To begin, the Paris Agreement is a key part in addressing climate change. It was an agreement made by 195 countries to keep the planet below a 2°C rise. Each country pledged to update their Nationally Determined Contributions for 2030 and by 2020 to submit to the UN their strategies to reduce long-term emissions. In response, the EU Commission published “A Clean Planet for All” which proposes a strategic long-term vision for creating a competitive, modern, and climate-neutral economy. The Finnish Presidency will continue to aid the processes to define the key elements of the strategy in the European Council by the end of this year.

For climate action within the energy sector, the Finnish presidency would support the implementation of the Energy Union strategy proposal made by the EU Commission. The Energy Union ensures the Europe’s energy supply is safe and accessible to all, while simultaneously boosting the economy, attracting new investments, and creating new jobs.

Within the economic sector, the Finnish Presidency will support the effective implementation of the Commission’s updated bio-economy strategy. The bio-economy strategy focuses primarily on the production of renewable biological resources and their conversion into products and bio-energy. It will also look to expand circular economy to new sectors, going beyond plastics, waste, consumer empowerment and stakeholder involvement.

Protecting the Security of Citizens Comprehensively

While most of this section is referring specifically to terrorism and hybrid threats, the Finnish presidency also discusses the potentially disastrous effects of climate change on humanity. It thus supports EU external action and will maintain the EU’s role in development policy, humanitarian aid, and implementation of the 2030 Agenda for Sustainable Development. This Agenda sets out to address the 17 SDGs and make sure to eradicate poverty and achieve sustainable development, for all, by 2030.

Arctic Policy will be a key discussion with its growing geopolitical and economical significance. Climate action in this region is especially necessary after America’s Secretary of State, Mike Pompeo, called to remove climate change from the Arctic Council’s most recent declaration. Now, with the Artic warming twice as fast in comparison to the rest of the world, Arctic Policy should focus primarily on reversing climate change.  The EU, through research and innovation, can tackle environmental issues in the region like black carbon emissions and create sustainable economic activity within infrastructure, transport and energy sector.

The MFF is a very contentious topic, it will determine how the budget of the EU will be spent for the following 6 years, from 2021 to 2027.  The aim is to have a balanced framework that represents both new priorities as well as traditional policies that contribute to European objectives. Future MFF programmes should contribute to climate targets, thus rising climate-related funding to a level of 25% of the EU budget would support this goal. However, it is unclear whether the remaining 75% will be used in a manner that is climate-conscious.

The Finnish Presidency, through-out their entire agenda, mention climate action repeatedly and within many sectors: energy, transport, agriculture, arctic, economy, security and more. However, despite the strong presence of climate action in the agenda, there is a lack in detail on how all of this will be brought about. There were no specific technologies or actions mentioned that might explain how change would happen. What is also disappointing is the timing of Finnish presidency. They are planted in the middle of a transition period of the EU Commission and Parliament, making it more difficult to pass legislature. Despite all this, there is still potential to agree on some critical legislature that will allow the EU to push climate action further along.

Fun-fact: The Finnish presidency has also decided that it will ‘offset’ its air-travel emissions during their term. They will direct funds initially given as gifts for presidency, towards 4 environmental projects that look to impact GHG emissions and improve health and welfare of local communities. While offsetting is not an effective mitigation measure, it is good to see that the Finnish Presidency considers aviation emissions as a problem. The question is, will Finland support the tax for kerosene campaign?

For More Information on Finnish Presidency and Agenda Points, you can look at the links below!