On 20 November 2014 during the annual meeting of the United Nations Economic Commission for Europe (UNECE) Committee on Sustainable Energy held in Geneva, an agreement was reached on recommendations to the United Nations Framework Convention on Climate Change (UNFCCC) on how Carbon Capture and Storage (CCS) and CCS for Enhanced Oil Recovery (EOR-CCS) should be treated in a post-2015 Climate Agreement. “The UNECE countries, including the US and Canada, are sending a loud, clear and welcome message that carbon capture and storage must be part of the climate deal” said Director at Bellona Europa, Jonas Helseth.

Published on November 28, 2014 by Bellona Europa 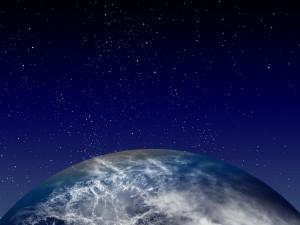 The recommendations call for strong incentives to be provided to CCS within the post-2015 global climate agreement, which will be agreed upon at the UN climate conference in Paris next year. Bellona, who has been active in both UNECE and UNFCCC processes, believes that the recommendations clearly signal the necessity of the CCS technology in attaining climate change objectives, and will act to provide a strong catalyst to the upcoming climate negotiations in reaching an ambitious and binding global agreement.

“These recommendations reaffirm the messages of the IPCC and send an unambiguous signal to the climate change negotiations in Paris next year of the necessity of CCS to avoid global temperature rise beyond 2°C” said Director at Bellona Europa, Jonas Helseth, welcoming their adoption.

In fact, according to the newly released UNECE document, in order to limit global temperature rise to 2°C, “CCS will need to contribute about one-sixth of needed CO2 emission reductions in 2050, and 14% of the cumulative emissions reductions between 2015 and 2050 compared to a business-as-usual approach”.

The recommendations were prepared by the UNECE’s Group of Experts on Cleaner Electricity Production from Fossil Fuels, following an extended global consultation process. Jonas Helseth, representing Bellona Europa, was among the experts at the UNECE Cleaner Electricity Production Workshop and Stakeholder Meeting, which took place in October in Geneva, where he delivered a speech on the crucial role of CCS in cutting greenhouse gas emissions. Bellona’s contribution was important in preventing some damaging inputs into the process, such as a perceived absence of available technology for CCS.

As Helseth made clear, the opening of the world’s first commercial-scale CCS coal burning plant in Saskatchewan, Canada, in October means that “the remaining barriers to further CCS deployment are no longer technological, but rather political”.

Bellona Europa also contributed to shaping the UNECE recommendations to the UNFCCC ahead of the meetings, by submitting inputs touching on various aspects, including financial incentives for CCS deployment; establishing business models; as well as the electric power dispatch ranking. Bellona is pleased to see its inputs reflected in the final text of the recommendations.

As an observer organisation to the UNFCCC, Bellona Europa was also represented at the technical expert meeting on Carbon Capture, Use and Storage (CCUS) which was hosted by the UNFCCC secretariat also in October. The meeting allowed Member States, international organisations, the private sector and other relevant stakeholders to share their views and experiences on options and opportunities to advance action on CCS, explore barriers for scaling up action and propose options to overcome such barriers (read more here).

To view the full text of the UNECE recommendations to the UNFCCC click here.

CCS in the Kyoto Protocol and in a new climate deal

CCS is formally recognised as an environmentally sound mitigation technology within the Kyoto Protocol and is an eligible project level activity within carbon markets, for instance through the Clean Development Mechanism, as well as funding arrangements, including the Green Climate Fund.

The latest UNECE recommendations call for the above-mentioned status of CCS to be preserved in the post-2015 climate agreement. The recommendations also call for the establishment of favorable regulatory framework conducive of CCS and for policy parity with other low carbon technologies regarding their mitigation potential.

Moreover, the recommendations note that a post-Kyoto climate agreement should accept a wide range of financial instruments to incentivise CCS and CCUS, but that the choice of instruments should be left to the discretion of national governments. They also call for enhanced cooperation between governments to accelerate funding into demonstration projects and CCS/CCUS deployment.

Bellona Europa, who contributed with inputs to the UNECE process on this particular aspect, has elaborated extensive policy recommendations for CCS deployment which can be found in its report entitled Driving Carbon Capture and Storage in the EU: New Policies, New Perspectives.

The recommendations also highlight the importance of measurement, reporting and verification to ensure permanence of the CO2 stored into reservoirs.  In recognition of the importance of developing CO2 storage in Europe, Bellona published earlier this month a study of the CO2 storage industry in Europe to 2050 which measures its feasibility, requirements and bottlenecks.  “In Europe alone annual investments in the range of EUR 500 million need to begin by 2020, and increase rapidly into the 2020s, if we are to deliver the storage capacity required for CCS projects operating in the 2030s” argues Keith Whiriskey, Climate Technologies Policy Manager at Bellona Europa and author of the report.