Emissions Performance Standards and their impact on CCS

The US Environmental Protection Agency (EPA) is currently in the process of elaborating a series of rules to reduce CO2 emissions in the power sector. Because coal-fired and gas-fired generation will likely be the dominant source of electricity generation in the US and most of the world’s other major economies for the coming decades, the EPA considers it essential to advance CO2 capture and storage (CCS) technologies to the point that their use is economical in the context of electricity generation. The new plant rule will add a critical regulatory driver for CCS, which could lead utility regulators to do more to encourage new CCS projects. 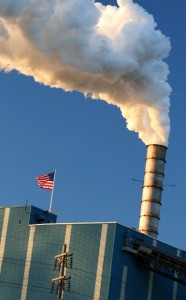 The EPA released its Carbon Pollution Standard for New Power Plants on 20 September 2013. The proposed rules set separate standards for power plants fuelled by natural gas and for those by coal. New, large plants (100 MW or larger) fuelled by gas could emit no more than 1000 pounds of CO2 per megawatt-hour of electricity produced (equivalent to about 455kg CO2/MWh), which is achievable with the latest combined-cycle technology. Smaller natural gas plants, which tend to be less efficient and operate less frequently, would have to achieve a less stringent rate of 1100 lbs CO2/MWh (about 500kg CO2/MWh). Coal plants would have two compliance options, either of which would require the application of CCS technology. Under one option, coal plants would have to begin using CCS soon after start-up to achieve a 12-month average emission rate of 1100 lbs (500kg) CO2/MWh. Alternatively, coal plants could begin using CCS within seven years of conception to achieve a seven-year average emission rate of between 1000 and 1050 lbs (455 and 475) CO2/MWh.

Bellona welcomes the EPA’s newly proposed rules to reduce CO2 emissions in the power sector and sees them as a significant step forward in terms of catalysing CCS deployment. Together with a coalition of European environmental NGOs, Bellona has submitted a joint letter to the European Commission, calling for the need to establish an EU-wide EPS for CO2 ­from power plants to prevent lock-in to the worst-polluting infrastructure and act to incentivise CCS technology.

The power sector is asking for a more CCS-friendly regulatory framework as well as financial support to be put in place to roll-out CCS. A requirement for CCS for new coal plants would send an unambiguous signal to power companies and boost investor confidence in the fact that this climate technology must and will be delivered. The deployment of CCS at coal-fired power plants, incentivised via an emissions performance standard (EPS), would help in driving down the technology costs, which would over time also lead to the deployment of CCS on gas power plants. This will be necessary if we are to achieve sufficient emissions reductions to keep global temperature rise below 2°C.

It is however, important to note that despite such a regulatory framework being a necessary driver; it needs to be accompanied by financial incentives. In Europe this is currently done through the NER300 funding programme, linked to the Emission Trading System (ETS). It has recently been decided that this will be extended to an NER400 in the EU’s 2030 Climate and Energy Framework. In North America, enhanced oil recovery (EOR-CCS) has acted as an important component of the business case for moving CCS forward, allowing the creation of an additional revenue stream by pumping the stored CO­2 into declining oil wells to recover additional oil. One example includes the world’s first commercial-scale CCS coal power plant Boundary Dam in Saskatchewan, Canada, whose launching event was attended by Bellona Europa Director, Jonas Helseth. The CO2 captured by the plant will be injected into nearby oilfields to enhance oil recovery. In addition to revenues from EOR-CCS the presence of provincial and federal support has been critical in advancing CCS deployment in the power sector in Canada and the US.

The EPA’s proposed new plant rule is expected to be finalised in the spring or summer of 2015, whereas the proposed rule for existing plants will be finalised in June 2015. Following the adoption of these rules, individual US States will have one to three years to submit proposals to the EPA on how they intend to meet their emission reduction target. The new plant rule will add a critical regulatory driver for CCS. Although the existing plant rule does not require CCS, States may choose to require or encourage CCS on existing plants to reduce their system-wide emission rates.