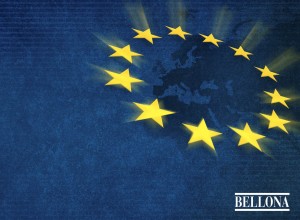 Bellona Europa is based in Brussels, at the heart of the European Union’s decision making. From here we have played an active role in tackling nuclear waste, protecting the artic and reducing CO2 emissions. We have done this through building relationships, informing and making clear to all sides of the debate that solutions are available.

Bellona Europa has become the ‘outsider on the inside’ of the European Union. We are proud to have held numerous influential positions, notably in the European Commission’s technology platforms for carbon capture and storage (CCS) as well as biofuels.

To mark past successes and plan future battles Bellona Europa will host a ‘coming of age’ celebration for our 18th birthday. The event, hosted at Bellona Europa’s new larger office, will include remarks from the Vice-Chair of the Intergovernmental Panel on Climate Change (IPCC), Jean-Pascal van Ypersele, Norway’s Ambassador to the EU, His Excellency Mr. Atle Leikvoll, and (of course) Bellona President Frederic Hauge. To mark the occasion, Bellona Europa Director Jonas Helseth, will welcome over 60 guests from EU decision and policy making, Norwegian and international stakeholders along with old and new friends from throughout Europe.

The occasion is no excuse to be idle, on the same day Bellona Europa will present its latest policy document, summarizing for new Members of the European Parliament (to be elected on May 25th) the steps and tools that are needed achieve an obligatory climate technology: CO2 capture and storage (CCS). In parallel, Frederic Hauge will be exalting the importance of CCS for energy security at a high-level roundtable hosted by the European Commission President José Manuel Barroso.

Bellona has pursued CCS and carbon negative solutions like Bio-CCS (BECCS) longer than any other European environmental organization, and now have over 20 years of experience on the issue. We regard the importance given to these solutions in the latest IPCC report as a victory for Bellona and the climate.

Bellona first stepped into the Brussels arena in 1994, the same year Norway voted no to membership of the EU. On the occasion, Bellona President Frederic Hauge told Norwegian daily Dagbladet: “An office in Brussels can give us greater status in relation to the EU. It is morally repug­nant not to seek influence in the EU”. Two years alter Bellona Europa was officially established.