China and the United States on Saturday agreed to scale back on the production of so-called “super greenhouse gases,” or Hydrofluorocarbons (HFCs) used in refrigeration and air conditioning, furthering joint efforts to combat climate change in a summit held in California, according to a White House statement. 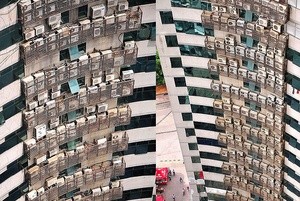 Bellona says that the mutual step toward reducing HFCs – which have a global warming potential hundreds and thousands times higher than carbon dioxide – is welcome both in terms of reducing emissions, as well as opening doors for more climate accords between the two nations.

Presidents Barack Obama and Xi Jinping, whose countries are the world’s two largest emitters of greenhouse gases – which are to blame for increasingly volatile climate and whether patterns – made their HFC-slashing pledge after their two day summit. Together, the two countries account for 40 percent of the world’s greenhouse gas emissions.

CFC emissions, which do much to erode the ozone layer, however, have been sharply curtailed in recent years under the 1987 Montreal Protocol, one of the world’s most successful international agreement centered on fighting the depletion of the ozone layer.

But the protocol pushed many manufacturers of refrigerators and other appliances to switch to HFCs, which, while harmless to the ozone layer, are among the most potent of the greenhouse gases. The most common type used are found in vehicle for air conditioning and are 1,480 times more potent than CO2. This means that every car holds the equivalent of 1.4 tons of CO2.

This unintended consequence of the CFC phaseout was quickly realized, but the UN framework Convention, which was established to reduce the emissions of all greenhouse gases, was unable to curtail the growth in HFC use.

If efforts to reduce CO2 emissions are successful and HFCs are left without a new policy, they could grow from 2 percent of todays climate challenge to 20 percent by 2020, said Bellona adviser Svend Soeyland.

Wearing down Chinese resistance to Montreal

The weekend brinksmanship between the US and China ended with China backing off its former position against regulating HFCs under the Montreal Protocol in a move Soeyland called “a confidence boost for the ongoing round of climate negotiations in Bonn, and should bolster support for the European Union proposal to phase out HFCs.”

“Despite the widespread support [for the Montreal Protocol], progress was slowed in past years by opposition from China, India, and Brazil,” Doniger wrote. “But this US-China agreement is a strong signal that things are about to change. “

The next big challenge would be to overcome opposition from India to an expedited phase-out of HFCs.

Unfortunately India has been swaying between silence and opposition during negotiations to curtail the greenhouse gas emissions.

“During the climate negotiations held in 2010 in Cancun, the new Indian lead negotiator, Dilip Sinha, demonstrated panache and a spirit of cooperation,” said Soeyland. “There was a glimmer of hope.”

But his pragmatism did not play well in New Delhi and he was replaced with a traditionalist negotiator.

What China and the US Agreed to

In a statement, China and the United States “agreed to work together” through the Montreal Protocol to “phase down the production and consumption” of HFCs, dubbed super greenhouse gases for their extremely polluting effect.

The White House said in a statement that: “For the first time, the United States and China will work together and with other countries to use the expertise and institutions of the Montreal Protocol to phase down the consumption and production of HFCs, among other forms of multilateral cooperation.”

It added that a global phasedown of HFCs could reduce carbon emissions by 90 gigatons by 2050 – equivalent to around two full years worth of the world’s greenhouse gas emissions.

With a concerted effort, the US and China can work with the 111 countries that have already committed to phase-down their HFC emissions by 2030, according to a press release by the Environmental Investigation Agency.

China – by far the largest producer of HFCs – had until recently resisted efforts by the United States and other wealthy nations to scale back the super greenhouse gases, arguing that alternatives in appliances were not fully ready, AFP reported.

But China agreed in April to end HFC production by 2030 as part of a $385 million assistance package by wealthy countries under the Montreal Protocol, said the agency.

“We hope that this agreement will result in an earlier end to HFCs in China,”said Soeyland.

Success in expanding the Montreal Protocol

For years, environmentalists and governments, including the US, have been pushing the idea of expanding the Montreal Protocol to also cover HFCs to help tackle climate change. And now China and the US have agreed to do what they can to make that happen.

“This is a really encouraging development that Bellona welcomes warmly,” said Bellona adviser Svend Soeyland. “We believe that we can quickly kick the Montreal Protocol into action.”

He said that the Montreal Protocol “has for the last years been a victim of it’s own success ”. It ensured a quick recovery of the atmospheric ozone layer and delivered reduction in use of ozone depleting substances ahead of schedule.

As a result, he said the Montreal Protocol’ Secretariat has had to struggled against the notion that the protocol was a “done deal” to recruit new hosts for meetings of the parties.

“The news from California will change this picture with immediate effect,” said Soeyland.

Bellona has come out strongly in support of taking a stepwise approach to eliminating greenhouse gasses that are less well known than the golden goose of carbon dioxide.

Indeed, much of the international debate gets so cyclically trapped in reaching agreements on carbon dioxide that it fails to mention other greenhouse gas polluters that are just as dangerous.

Since 2008, said Soeyland, Bellona has worked closely with experts like Durwood Zaelke at the Institute for Governance and Sustainable Development and Andrew Light of the US Center for American Progress.

Through this cooperation, Bellona was able to illuminate the importance of options like reducing short-lived greenhouse pollutants during its CC9 held ahead of the COP15 United Nations Climate Change Conference in Copenhagen in December 2009.

At every COP conference since then, Bellona has convened workshops to discuss how the Montreal Protocol could complement the climate effort of the work in the challenging efforts to achieve greenhouse gas emissions reductions, said Soeyland.

Bellona has also been a member of the Climate and Clean Air Coalition (CCAC) as a non-state partner since 2012, where it concentrates on reducing emissions of black carbon, methane and HFCs.

“We envisage that CCAC can deliver practical action to reduce the emissions of Black Carbon, Methane and HFCs,” said Soeyland. “This is a natural extension of our work to address air pollution from the oil- and gas industry, and our work to reduce agricultural burning and wildfires in Russia.”

Soeyland said the CCAC is slated to hold its second Ministerial gathering in Norway in September, and said Bellona is “also hopeful that China and Russia as major emitters of short-lived climate pollutants will join the coalition soon.”

US and China working to deflect criticism

The US and China have both faced harsh international criticism for not doing more on climate change, but seem recently to be making efforts to at least dampen charges of inaction.

Joint and individual climate combatting efforts between both countries could do much to dispel the acrimony against their positions on the level of international talks.

The US, Canada and Mexico – along with Micronesia, which greatly fears rising sea levels from climate change – have proposed a global end to HFCs through the Montreal Protocol, AFP reported.

China has meanwhile warmed to solar power and other renewable technologies, but has pressed against making binding commitments in negotiations on a successor agreement to the Kyoto Protocol, citing that a Kyoto structure is unfair to China’s stage of industrial development.

But China has witnessed a growing debate on requiring curbs on emissions – not just a commitment to scale back the intensity of its own emissions, as per current policy – as concern rises over the country’s pollution woes, said AFP.

Many of Obama’s efforts to take a national stance against climate change were hobbled when his bill to require caps on carbon emissions died in the US Congress in 2010 at the hands of republican opposition.

“The United States and China working together to tackle climate change is a major breakthrough,” he said.