The United States this morning returned Barack Obama to the White House for a second term as president, despite powerful economic headwinds, a lock-step resistance to his agenda by Republicans in congress and an unprecedented torrent of negative advertising of American as a nation divided nearly to the point of civil war.

Published on November 7, 2012 by Charles Digges 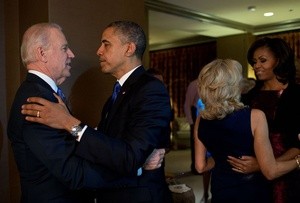 Despite that, the electoral college handed him a victory by about 23:20 US Central time on Wednesday night as he swept most of the key battleground states of Colorado, Iowa, Ohio, New Hampshire, Virginia and Wisconsin. Florida still remained in dispute.

With the brutal election behind him, and, perhaps most especially, with no pressure to dazzle the electorate with only programs that will be overwhelmingly popular, Obama can continue cashing some of those environmental checks he wrote to such fanfare in 2008.

“We can understand for political, not scientific, reasons that the president has not been more proactive on global warming because it could have reduced his chances of reelection,” said Bellona President Frederic Hauge.

“But now that the pressure of reelection has been lifted, he can now be a president that goes all in for fighting climate change and poverty,” Hauge said.

Obama, 51, faces governing in a deeply divided country and a partisan-rich capital, where Republicans retained their majority in the House of Representatives and Democrats kept their control of the Senate. Congress, nonetheless, is where some of Obama’s signature climate and carbon slashing legislation was sent to be watered down and die during his first term.

As election night wore on, Obama secured a 303 electoral lead over his challenger, Republican Mitt Romeny, who landed 207 electoral votes. This is a far narrower margin than Obama enjoyed in 2008, when he secured a 380 lead in the electoral college, but was no less dramatic.

“Tonight in this election, you, the American people, reminded us that while our road has been hard, while our journey has been long, we have picked ourselves up, we have fought our way back,” Obama told his supporters early Wednesday in his victory speech after Romney conceded the election. “We know in our hearts that for the United States of America, the best is yet to come.”

Obama also extended a bipartisan olive branch, saying, “In the weeks ahead, I […] look forward to sitting down with Governor Romney to talk about where we can work together to move this country forward.”

Svend Søyland, Bellona’s senior advisor on international and climate issues, welcomed Obama’s approach to bulldozing the partisan fences that were fortified on the campaign trail, and the opportunity that offers to get back to business on climate change issues.

“We are encouraged by the renewed promise by both Barack Obama and the Republican Majority Leader to reach out and work in a bi-partisan way,” Søyland said. “We finally heard Obama speak about the climate challenge again. We are anxious to hear actual policies on this issue.”

Søyland acknowledged, though, that with a knife fight of a campaign now in the rear view mirror, climate issues are still a major sticking point on Capitol Hill.

“Let’s hope that Obama will use his second term to enact bold initiatives despite the situation of a Republican majority in the House of Representatives and a Senate where the dirty dozen democratic coal states will prevent a low-carbon track at the Federal level,” he said.

But Søyland also pointed out that a renewed Obama administration needed to steer clear of some of its recently adopted enthusiasms for more dangerous domestic energy sources, like hydraulic fracturing for gas, to obtain a climate friendly energy mix.

“The big question is if Obama will dampen his praises for shale gas, pipelines, coal to fulfill the illusive goal of energy independence,” he said. “The President needs to switch to the real challenge of energy interdependence.”

“This is a victory for all Americans who want to breathe clean air, drink safe water, and protect treasured landscapes. And it is a setback for the fossil fuel companies that invested so heavily in this election and have so little to show for it,” Frances Beinecke, President of the National Resources Defense Council Action Fund, said in emailed comments to Bellona.

Beinicke was quick to note that Obama’s reelection is a mandate to address the climate change issue that have battered America since the summer.

“President Obama has already taken important steps to curb climate change. His administration issued fuel economy standards that will cut carbon pollution from new cars in half. It also proposed the first-ever limits on carbon pollution from coal-fired power plants,” she said. “But we must do still more. We need carbon limits on existing power plants. We need to extend incentives for wind energy and spur investment in clean energy research. And we need to promote energy efficiency standards for buildings and appliances.”

Out of control weather year for the US

Most recently, Superstorm Sandy – called Frankenstorm by many in the US meteorological community – represented a freak confluence of hurricane and cold front that stretched from the Caribbean to Canada and from the eastern Seaboard as far west as Michigan and Wisconsin, killing 15.

The storm bludgeoned New York City and New Jersey early last week causing some of the worst flooding Manhattan has seen, destroyed houses and buildings and blacked out power to some 8.2 million households as far west as Chicago.

What’s more, say meteorologists, is that Sandy is just a glimpse of things to come. And many political analysts say the killer storm may have contributed in large measure to Obama’s victory, as he is the only candidate to have an international record in trying to address climate issues.

“Capping a year of record heat, drought and wildfires, Hurricane Sandy has just driven home to Americans like never before the here-and-now costs of climate change,” said Eileen Claussen, president of the Center for Climate and Energy Solutions in a statement on Obama’s victory.

“With the election behind him and Sandy’s full impact still mounting, President Obama has an opportunity and an obligation to press the case for stronger climate action,” she said, adding that, “No one is better placed than the president to help Americans understand both the risks of a warming climate and the opportunities of a clean-energy transition.”

Claussen also pressed for Obama to make sure the US Environmental Protection Agency “pushes forward with strong, sensible greenhouse gas standards and allows states to meet them with market-based approaches.” And she urged the White House and Congress to put climate change on par with America’s other most pressing economic challenges “and to consider approaches such as a carbon tax that can help solve more than one at the same time.”

The Union of Concerned Scientists’ Director for Strategy and Policy Alden Meyer also said in a statement that a reelected Obamas should build on his first term scientific integrity agenda, “by ensuring that scientific data is never distorted or concealed to serve a political agenda, making scientific decisions based on facts, not ideology, and including the public in our decision making process.”

Meyer said Obama “has a real opportunity to move the national conversation [on climate change] beyond the false debate over the reality of the science towards a serious effort to both better prepare for the mounting impacts of climate change and to sharply reduce the carbon pollution that is driving it.”

To accomplish this, Meyer said Obama will have to build support and use his authority over the EPA to sidestep congressional gridlock particularly on power plant emissions.

Meyer said another challenge the new Obama administration faces is cutting oil use in half – something he noted was closer to America’s grasp than most think.

The standards were a joint effort among EPA, the auto industry and a number of US states, and Meyer said a second Obama term should continue to build on this success.

A third challenge thrown down by Meyer to the new Obama administration was investing in sustainable agriculture via the Farm Bill, which was stalled by partisan bickering.

The legislation would steer US farming away from fossil fuel use and toxic pesticides and harmful fertilizers to produce one crop in favor of aiming to produce wide varieties of food while taking long-term environmental and health impacts of production methods into account.

In Meyer’s assessment, much of what remains undone on an environmental level from Obama’s first term, as well a challenges he will face in the second are surmountable should “we do all we can to restore civility, rational argument, and respect for each other as human beings to our national discourse” – a welcome change from the mendacity and character assassination of the campaign trail.

“It will take tremendous effort to realize the sustainable future we seek. But we will succeed with a combination of presidential leadership and citizen action,” said the NRDC’s Beinecke. “The president can’t do it alone. He must have American people behind him. The administration moved forward with its carbon limits for new power plants in part because people sent more than 3 million comments in favor of them. We must create the same momentum for similar breakthroughs.”

Additionally, noted Bellona’s Hauge, Obama’s second term is not going to be the popularity contest that the first one was, and the US President can push forward with a little wet work and get his hands dirty for the sake of his environmental initiatives.