ST. PETERSBURG – Continuing Bellona’s overview of 2010’s most important trends in global renewable energy – started in a January 10 article on green energy’s most successful champions, as well as the highlights and disappointments seen in this sector last year – is this digest of 2010’s largest renewable energy projects

Published on January 26, 2011 by Ksenia Vakhrusheva, translated by Maria Kaminskaya 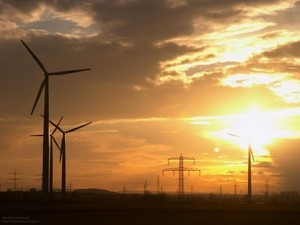 Both construction and commissioning of new power plants based on renewable sources have made an encouraging progress globally, despite the ongoing economic downturn. The European Union is the undisputed leader here – to date it has been predominantly in European countries that sturdy commitment to developing green energy sources has produced most tangible results. It is all the more disappointing that Russia does not yet find itself among countries that experts worldwide mention in their reports on the use of alternative energy sources in recent years. 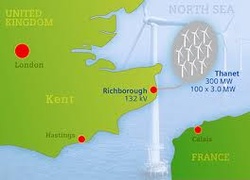 Construction of this $1.2 billion wind farm was completed in the last three months of 2010. Located in the mouth of the Thames, eleven kilometres off the coast of Kent County, the installation spans 35 square kilometres and employs 100 wind generators capable of covering energy needs of over 200,000 homes

Among the latest offshore wind park projects the second largest is the project of expanding the existing wind power installation near the Danish coast of the Baltic Sea.

Rodsand II is Denmark’s twelfth wind farm. The ninety new turbines installed at the park will supply electricity to some 200,000 homes. The construction, which cost around $554 million, lasted for 18 months. The dynamic development of alternative energy in this Scandinavian country is clear evidence of the government’s commitment to phasing out fossil fuels fully by 2050.

Fowler Ridge, the US: New capacities. 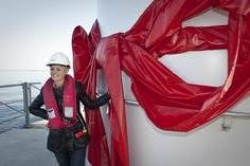 The US has completed building new wind power capacities at the wind park Fowler Ridge, near Fowler, Indiana. The cost of the additional 133 turbines, to a combined capacity of 200 megawatts, is estimated at $77.2 million

With the commissioning of the second line of construction, Fowler Ridge will now have a total combined output capacity of 600 megawatts. Future plans include further expanding the plant’s capacities by adding a third line of construction, which will bring the installation’s total output to 750 megawatts. The project is being developed by the American companies BP Alternative North Energy Inc and Dominion Resources.

Penascal: A 404-megawatt wind park in the US. 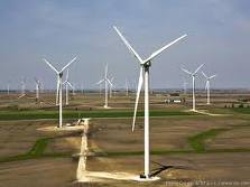 The world’s second largest onshore wind farm was also built on the American soil, in Texas.

In April 2010, this site launched into operation 168 newly built wind power generators, which are capable of supplying energy to 150,000 homes. In 2009, the project’s developer, Iberdrola, had been able to invest into the project $114 million in state funds allocated from the US federal budget as a stimulus measure to support the development of renewable energy in the country.

The company then conducted 18-month-long studies of birds’ migration patterns – and installed special radars that would track approaching flocks and automatically switch off wind power generators in conditions of poor visibility and increased hazard for birds – in order to mitigate any potential burden the plant might have on the surrounding environment.

China, meanwhile, is hurrying to outdo the US in terms of biggest onshore wind power capacities. In 2010, Beijing announced it had plans for construction of a 10,000-megawatt wind park. If the Chinese project is realised, the country will become a global leader in volumes of power produced from wind. 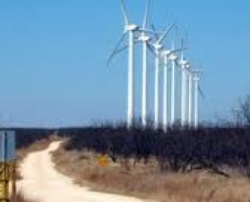 This project was developed by SunRay Renewable, which in February 2010 was bought by the company SunPower. This solar power station, located at a distance of 100 kilometres from Rome, is now Italy’s largest solar energy installation. A special aeration system protects the photovoltaic modules from the corrosive impact of the salty sea air prevalent in these parts. 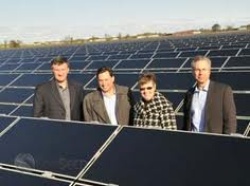 Today, New Zealand is fully availing itself of the island’s vast natural resources and fast-paced technological advances to keep a leading place on the global roster of countries that produce energy from geothermal sources. The share of geothermal energy in New Zealand’s total energy budget has by now reached 14 percent.

Nga Awa Purua, which was built and is managed by the state-owned Mighty River Power, is the largest geothermal power plant project the world has seen in the past decade. 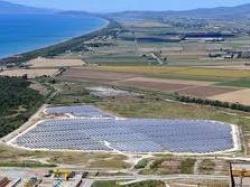 Italy’s two new geothermal stations were built in 2010 in Larderello, in Tuscany. These parts are rich in various natural resources that have been used for energy production for as long as since 1930

The new geothermal plants are supplying green energy to more than 100,000 homes and have saved Italy on the order of 200,000 tonnes annually in prevented CO2 emissions. Today, Tuscany’s total geothermal capacities reach 728 megawatts.

ADM: Two ethanol-producing plants in the US.

The total projected capacity of this, as yet uncompleted, plant will be $840,000 tonnes of renewable diesel fuel a year. Neste Oil’s own NExBTL technology envisions producing fuel – which project developers say will be of superior quality than that used today, but still suitable for existing vehicles – based on palm oil, rapeseed oil, and vegetable oil or animal fat.

The implementation of this $1.2 billion project is part of Neste Oil’s strategy to secure a leading position on the global biodiesel production market. Singapore as the location of such a massive project was not an accidental choice for the company, either, as they factored in both the Asian biodiesel market’s very promising possibilities and the Singaporean government’s dedication to support the project at every stage of its development.

This is a second instalment in Bellona’s overview of the renewable energy market and technologies, as well as political developments in the field, in the past twelve months. To see the first story, on overall global trends in renewable energy in 2010, please follow this link.