WASHINGTON – Interior Secretary Ken Salazar proclaimed today that the deepwater drilling moratorium, put in place after the Deepwater Horizon disaster last April, is over, though added that it will be weeks before the Gulf of Mexico was “open for business.”

Published on October 12, 2010 by Jonathan Temple 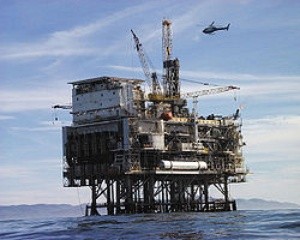 Meanwhile, the upcoming UN climate negotiations that will be held in Cancun this December are getting far less official attention than they did in the run-up to last year’s negotiations in Copenhagen – a sign of battle fatigue over getting the now-shelved US climate and energy bill, which will continue collecting dust until next month’s congressional mid-term elections may bring new life to the issue, or kill it for good.

China and US companies have also signed a multi-million dollar deal for Chinses participation and development of shale gas in the US state of Texas.

Secretary Salazar announced that oil and gas developers can now apply for permits after nearly a six-month freeze. Salazar and Bureau of Ocean Energy Management director Michael Bromwich announced the end of the moratorium today over a month before the November 30th deadline.

But there are new rules for oil and gas companies applying for permits which, in spite of the disaster in the Gulf, are unpopular with the industry. Salazar acknowledged that the new, strict restrictions could anger some players in the industry. Of the people who might protest the new rules, he said, “they want us to ignore the new reality and go back to business as usual, but that is simply not an option.”

Most of the new rules put in place during the summer improve workplace safety on rigs. Before operators in the Gulf will receive new drilling permits, an independent third party will have to verify the safety of the blowout preventors – the piece of equipment that failed to shut off the gushing oil in BP’s Macondo spill.

Operators will also have to demonstrate that they have plans in place to deal with a blowout and a response plan. Applications for new wells will start rolling in soon. One of the problems is the lack of trained inspectors to carry out the work. Currently there are just 50 inspectors to review hundreds of wells in the Gulf – a number Bromwich called “pathetically inadequate.”

While job openings have been posted, no new appointments have been made. The Department of Interior has asked Congress for more money to expand the number of inspectors. There is no solid estimate for when the first deepwater offshore drill will crank up again, but it should be by the end of the year, Bromwich said.

In Washington DC, nobody seemed pleased with the announcement.

“While we are pleased today that Secretary Salazar has opted to end the job-killing moratorium on deepwater drilling in the Gulf of Mexico, our companies remain doubtful that this announcement is anything more than symbolic, until permits are actually issued for new drilling,” said Randall Luthi, president of the National Ocean Industries Association.

Republicans criticized the announcement as a political ploy, intended to bolster support for Democrats ahead of next month’s elections. “Today’s announcement isn’t the time for applause, it’s time to demand real, straight answers from this Administration,” Rep. Doc Hastings of Washington, the chief Republican on the House Resources Committee, said in a statement. “The question remains, will the Obama Administration actually allow drilling work to resume or is this just pre-election rhetoric?”

Prospects for Cancun are limited

The forthcoming climate meeting in Cancun is getting little attention here. However, Juliet Eilperin, Environment correspondent for the Washington Post wrote a revealing article reporting an interview she held with Maldives President Mohamed Nasheed who has made climate change central to his nation’s domestic and foreign policy. On the deployment of new renewable energy technology in a developing nation, this is an encouraging story.

But President Nasheed sums it all up in rather gloomy terms.

“Without the United States, it’s quite impossible to have a meaningful agreement. We have on our side the Europeans, and on the other side Brazil, South Africa, India and China and the United States,” he told the Post.

“I do not see much happening in Cancun (…) We don’t seem to be able to talk about emissions. Let’s talk about what’s possible [such as international funding for adaptation and preservation of tropical forests].”

In the US, the failure of Congress to pass a climate bill will severely limit the Administration’s options in Cancun. Because of that, big emitters are unlikely to raise their pledges to rein in emissions growth because of lack of clarity on climate funds for poorer nations and the failure of the US Congress to pass a climate bill. If, as is widely predicted, the Republicans make gains in the mid term elections in November, the political gridlock in the USA might aggravate the already complex climate talks.

The China National Offshore Oil Corporation(CNOOC) will pay the US firm Chesapeake Energy $2.2 billion for a 33 percent stake in a south Texas oil and natural gas shale project and will pay billions of dollars more for its share of development costs over the next several years.

This has been quite widely reported here in the Wall Street Journal. Chesapeake Energy announced the deal on October 10th saying it will help speed up the development of resources in Texas which could keep natural gas prices low and boost production of unconventional US oil resources.

Given the cost of development of shale reserves, many independent companies such as Chesapeake have been looking for overseas partners. Exxon Mobil and Conoco Phillips already have stakes in the region. Last week Statoil and Talisman bought about 100,000 acres from Denver-based Enduring Resources, upstreamonline and the Financial Times reported.

The development of oil and gas from shale has aroused controversy over questions of how it would affect water supplies. “Chesapeake’s embedded safety culture and integrated environmental protection strategies will be adopted to safeguard personnel and the surface and subsurface environment,” Chesapeake said in its news release.