NEW DELHI – World leaders are gathering for the next two days at the Delhi Sustainable Development Summit – a strong signal in the run up to climate change negotiation in Copenhagen in December – to thrash out the consequence to politics and business that climate change could bring.

Published on February 5, 2009 by Bellona 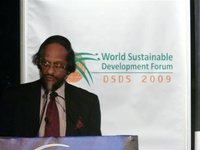 The conference, which is part of the crucial meetings toward reaching a world climate agreement, as kicked off Thursday by the World CEO Forum, hosted by The Energy and Resource Institute (TERI), and Indian NGO focusing on sustainable development

“Copenhagen will hopefully create the necessary architecture,” said Yvo de Boer, the executive secretary of the United Nations Framework Convention on Climate Change (UNFCCC), who is in New Delhi to take part in the conference.

“The problem is then making the architecture operational.”

De Boer pointed out, challenging business and nation leaders to step up and make sure that the necessary changes are actually implemented.

Bellona’s Bjørn Utgård and Jack Herheim are in attendance.

India’s challenge and approach
A developing country with a growing population of 1.15 billion people, most of whom are very poor, India has long considered that avoiding climate change is something that rich countries should take care of. But the local drumbeat is a little different at current, said Indian minister of state for commerce, industry, and power, Shri Jairam Ramesh.

“India should not feel defensive in the field of climate change. While the position earlier was ‘Don’t touch us, our emissions are low per capita!’ India is now dedicated to taking a proactive approach,” said Jairam Ramesh. “India has the skills and technology to be a leader in the world and offer to the world new and innovative solutions.” 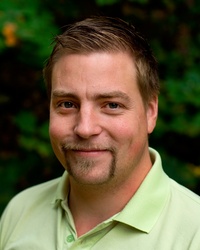 “The big question now,” said Columbia University Professor Jeffrey Sachs, “is whether we will see a real change of the system at the level needed, or if we will have a growing amount of conflict and end up not reaching the change needed.”

This, and other key aspects of the climate change negotiations, will be thoroughly debated over the coming three days at the summit. Bellona will continue to follow developments. Click here to read more about the conference.

Bjørn Utgård and Jack Herheim in New Delhi, and Tone Foss Aspevoll and Charles Digges contributed to this report.