WASHINGTON – Today in the United States is Martin Luther King’s Birthday, a national holiday to commemorate a brave African American who perhaps more than anyone else laid the foundation for Barack Obama’s historic election as the 44th President of the United States. On the eve of Obama’s presidency, I recall that I have lived in this city for 25 years and witnessed 7 inaugurations from Reagan 2 (indoors because of the cold weather) to Obama. Not a US citizen, I did not enjoy the privilege of voting. But for the first time since I have lived here, I wished that I could have voted in 2008 because a lot was at stake in the election.

Published on January 18, 2009 by Jonathan Temple 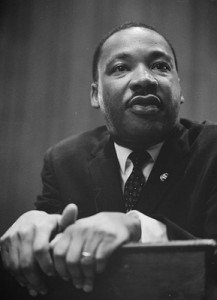 Most important, of course, Obama will be the first African American President of the United States. His victory is, for many Americans, a dream come true. It has proved that the US is a nation where, when things are tough, a candidate can be judged not by the colour of his skin but by the content of his character.

Obama’s election campaign was a watershed campaign which will set a standard for the future. It combined the use of 21st century technology and the oldest styles of strategy and discipline. Obama showed a level of discipline and strategic purpose that eclipsed all his opponents including Hillary Clinton in the primaries and John McCain in the election. He also inspired and energized generations of volunteers, young and old, male and female, black and white, to support his campaign by giving money, making phone calls, knocking on doors and generally "getting out the vote". 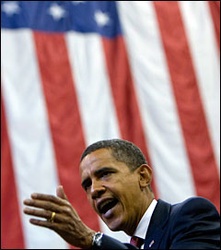 On the other side of the political spectrum, the election was notable because of the great performance failure of the Republican Party. And the Republican candidates were not helped by the deep unpopularity of President Bush among voting Americans.

So at this defining moment, it is worth reflecting on what Barack Obama has said recently. He has warned us that the way forward will be difficult on many issues and Americans will face great challenges. From Bellona’s point of view, we should be pleased that Obama and the US Congress have recognized that climate change is one of these challenges. But the economy and wars in Iraq and Afghanistan are likely to preoccupy Obama’s attention at first.

Obama has been careful not to promise too much – yet he is so full of promise. Expectations are high. So many people, the staff of Bellona, wish him well.

Jonathan Temple is the director of Bellona USA and a British citizen.