BRUSSELS – In yet another environmentally supportive move from the European Union (EU), European Commission (EC) President Jose Manuel Barroso pledged put the deployment of new pollution controlling technologies such as carbon capture and storage (CCS) high on the Group of Eight (G-8) summit in Germany. 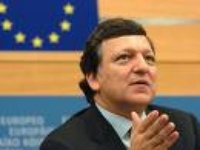 The summit begins today in the German resort town of Heiligendamm.

Barosso made his remarks on May 24th as the keynote speak at a conference entitled conference “Energy Security, Environment and Development: Three issues for the G-8,” which was hosted by the French Institute of International Relations (IFRI).

European Commission focus on the environment
Four high-level energy experts spoke at the conference, but Barroso had the most outspoken concern for the environment. He urged G-8 leaders to put climate change on top of the agenda at their meeting, and hammered in the fact that the globe is warming in his speech.

The EC has proposed twenty measures to be met by 2020, including a tripling of energy use from renewable sources. Most promising, however, was Barroso’s focus on new carbon technology like CCS

“On energy, I want the G-8 Summit Declaration to endorse the EU´s proposal for an international agreement on energy efficiency; to include the introduction of energy efficiency labels for new cars; and to support national and international efforts in the field of carbon capture and storage, notably with a view to ensuring security of storage and the provision of the necessary legal framework,” Barroso told the conference.

Nuclear power not abandoned
Barroso did not want to dismiss increased nuclear power development, further igniting the spark of the nuclear energy debate. NGOs like Bellona are opposed to the idea of developing more nuclear capacity, as there is no safe way to produce it or store the attendant radioactive waste at present.

“The nuclear industry has been running for fifty years without any solution to safe long term storage of waste. This means that future generations have to handle a hazardous waste problem for our use of energy,” Nils Bøhmer, Bellona’s nuclear expert, said.

“More use of nuclear energy also raises the potential proliferation of nuclear technology, increasing the risk for the use of detrimental nuclear weapons in conflicts”

Russia in the spotlight
Olga Butorina, Chair of European Integration at Moscow State University’s of International Relation programme represented Russia’s interests at the conference. She was questioned for Russia’s alleged hard line towards the EU on energy issues.

According to Butorina, Russia does not take a hard line toward the EU on energy issues, and she even put the export of petroleum to the EU under the heading of “integration” rather than “security”. Even though she later claimed that she had mixed up the headings, panellists and the audience were far from convinced by Butorina’s reassurance.

Barroso had several concerns about Russia. He was frank with the Russian representative, pointing to the difficulties he and German Chancellor Angela Merkel experienced in their talks with Vladimir Putin in Samara, Russia on May 17th.

Barroso made it clear that the EU was not to blame for any of the energy crises faced with Russia in Eastern Europe that have been so prevalent recently. Barroso emphasised that it was Russia who made energy a geopolitical problem rather than an issue of integration.

Security and development
Four energy experts who were invited to speak at the conference in addition to Barroso focused on energy security and development. Joachim Bitterlich from Veolia Energy stressed the need for a common European strategy to connect development aid to environment provisions. He urged the continued the development of nuclear energy, calling a singlular focus on renewable energy sources as naïve.

John Mitchell from Chatham House pointed out that most petroleum to Europe comes from the Atlantic region, not the Middle East. This is why China will suffer the most should Middle Eastern oil crisis arise.

Mitchell was also worried about turmoil in Atlantic countries that have been too reliant on oil exports for their economy. He stressed that a sustainable and stable supply of energy is dependent on diversification of national income in exporting countries.
Jacques Lesourne from IFRI followed up on this, emphasising the need to invest more in poor oil exporting countries.

Linking climate change and energy security, Barroso made it clear that global emissions of greenhouse gases must be cut severely for the future of human prosperity.

The endorsement of CCS technology is a clear mandate for the development of a low carbon future, focused on cleaning carbon dioxide emissions and the development of renewable energy sources. This is a welcome appreciation of the work of environment NGOs, and brings hope that G-8 leaders will follow up very soon.