US presidential election: The environment at stake

The message from the current US environmental debate is that the next administration—be it Democratic or Republican—needs to take global warming seriously.

The US Supreme Court ruling of April 2nd this year that carbon dioxide is to be considered an “air pollutant” confirms that environmental issues are a top priority in US public debate. As President George Bush’s term nears its end, contestants for the White House need to take this recent high court ruling seriously to win public support.

New president, greener commitments
The Bush administration had been fighting designating of carbon dioxide as an air pollutant since his inauguration in 2001. Having first committed the government to adjust to the Kyoto protocol requirements, the President soon came to favour economic interests. By letting businesses limit their emissions through voluntary arrangements, the administration put the combat of global warming “on ice” during the heated public debate about climate change over the last decade. The contestants for the 2008 presidential election campaign have all committed themselves—in varying degrees—to environmental politics.

Car industry forced to pollute less
The litigation against the Environmental Protection Agency (EPA) had been pending in the US judicial system for four years. Being a federal agency, EPA had loyally supported the government’s policy on carbon dioxide emissions. In 2006, the Supreme Court agreed to hear the case of “Massachusetts v. EPA”. In the case, 12 States and thirteen NGOs challenged the EPAs 2003 denial to treat carbon dioxide emissions as an air pollutant.

In a 5-4 majority ruling directly affecting the automobile industry, the Supreme Court stated that the EPA failed to scientifically justify that carbon dioxide should not be listed as a contributor to global warming. The ruling will have implications for any source of carbon dioxide emissions. It may lead to a wave of new litigations challenging both climate related emissions as well as other harmful substances—and increase the leverage for states and environmental NGOs fighting climate change.

California takes the lead
While the US administration responded only vaguely that it will take the Supreme Court decision into account, the effects will be more rapidly visible in California. The Supreme Court ruled that individual states have the right to apply to the EPA for state level emissions reductions. California may now apply stricter standards to curbing carbon dioxide emissions than other states, because California established its legislation prior to the enactment of the Federal Clean Air Act.

Previously, the EPA had refused to grant California permission to use carbon dioxide specific legislation to help cutting greenhouse gas emission from cars, light trucks and sporting vehicles by 25 percent, and sport utility vehicles (SUVs) by 18 percent by 2009. It is now expected that California will continue to develop legislation that will force the car industry to follow the world’s fifth largest economy in fighting global warming.

Increasingly tense debate
The car industry has already launched legal challenges that are currently pending to prevent California emission legislation to enter into effect. The industry views the decision as a federal responsibility and refuses to accept legislation from California that is stricter than federal standards. California, on the other hand, is pursuing their goal of a 30 percent reduction in greenhouse gases by 2016. Shortly after the Supreme Court decision, California Governor Arnold Swarzenegger responded as follows:

"We expect the US EPA to move quickly now in granting our request for a waiver, which will allow California and … other states that have adopted our standards to set tougher vehicle emissions levels." 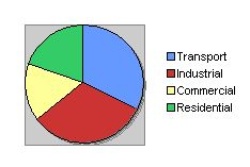 There will certainly be a battle both in Congress and in the courts over the implications of this important US Supreme Court decision, and commentators in Washington D.C. argue that the EPA would delay practical implementation of the ruling as long as possible. Still, the next administration can do little to fight the Supreme Court’s clear recognition of carbon dioxide as a pollutant.

Presidential candidates thoughts on the car industry
Democratic presidential hopeful Barak Obama delivered a speech in Detroit on May 7th, stating that: "The need to drastically change our energy policy is no longer a debatable proposition. It is not a question of whether, but how; not a question of if, but when. For the sake of our security, our economy, our jobs and our planet, the age of oil must end in our time."

The fact that this statement was made in the capitol of American automobile industry underlines the importance of his message. While Obama wants to save 2.5 billon tons of fuel every day from 2020, other contenders for presidential nominee on the Democratic ticket, Hillary Clinton and John Edwards, are running a “carbon neutral campaign” placing the focus on recycling and emissions as they stump their campaign trails.

All Democratic candidates promise to fight global warming by putting pressure on the car industry. Republicans are more cautious, although none of the presidential hopefuls have rejected global warming publicly. Republican Senator and presidential hopeful John McCain, together with Joe Lieberman—now Independent—have been pushing for caps and trade on carbon dioxide emissions for years.

The message from the current US environmental debate is that the next administration—be it Democratic or Republican—needs to take global warming seriously.

Svend Søyland from Bellona USA has contributed to this report.