WASHINGTON, D.C.—Less than a month before climate talks begin in Montreal, and merely days before US negotiators receive their marching orders, Senate Foreign Relations Committee Chairman Richard Lugar (R-Indiana) and Ranking Member Senator Joe Biden (D-Delaware) have joined forces to introduce the Climate Change Resolution yesterday on the floor of the Senate. 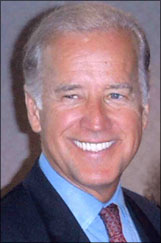 It is unlikely to be considered before Senate goes on holiday.


A similar Resolution which calls for U.S. participation in international climate change agreements was narrowly defeated this summer, but the new Energy Bill, the rise in oil prices and a devastating hurricane season, might bring more support for the Lugar-Biden Climate Change Resolution, bringing the United States into closer conformity with international climate-watching trends.


This years natural disasters were nearly predicted in the US governments Climate Action Report of 2002, which underscored that global warming will have serious environmental consequences for the United States, including an increased risk of storm damage to coastal communities, such as in the region in the Gulf of Mexico, where Hurricane Katrina almost wiped New Orleans off the map.


The Lugar-Biden resolution proposes an official Senate Observer Group to ensure bipartisan Senate support for any new agreements. If adopted, this resolution will replace the last major statement of the Senates position on international climate change which was made back in 1997, prior to the Kyoto Protocol, Bidens offices reported.


This is a serious issue and it is time for us to take action,” said Biden in a statement.


I commend Chairman Lugar for his leadership on global climate change. The U.S. government must face up to our responsibilities on global warming. We need to be engaged in the international process of protecting our global environment from climate change.


Questioned by Bellona Web if this resolution would have any effect on the upcoming climate negotiations in Montreal, Mark Helmke, senior professional staff member of the Senate Foreign Relations Committee, chaired by Senator Lugar, said: We believe that a resolution at this point in time has a chance to go through.


It will not alter the policies over night, but one would hope that advise and consent might become more valuable for the current administration at a later stage. Besides, we have to look ahead to coming terms, Helmke said.


The Bush Administration has taken the position that it is premature to engage in discussions about the next stage of international climate action that will follow the first implementation period under the Kyoto Protocol, which runs from 2008  2012, Bidens offices wrote. The United States is the only G-8 nation that is not a signatory to the Kyoto Protocol. Under the Protocol, industrial nations have committed to reduce greenhouse gas emissions an average of seven percent below 1990 levels.


Since walking away from the Kyoto Protocol, President Bushs policy on global warming has been to go it alone and cloud the debate. The resolution we are offering today is a chance to clear the air and get back on the right side of history, said Biden.


Our resolution gives the Senate, with its constitutional power to ratify treaties, a chance to go on record in favor of a global solution to a global problem.


Global climate change is the most profound international environmental challenge we face, said Biden in his statement. If we are going to find an effective international response to this global problem, the Pew Centers important report will show us the way.


Staffers of both Senator Lugar and Senator Biden, together with industry leaders and policymakers from 25 countries, took part in the dialogue. The most striking new approach is the call for a high-level dialogue between the big economic powers to take place in parallel to, but not in competition with, the meeting of parties under the International Framework Convention on Climate Change. This report and its recommendations will be discussed in detail in a separate article on the Bellona Web.